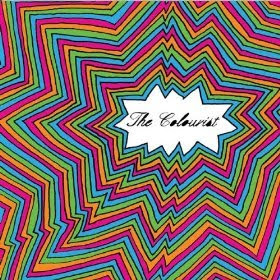 Every once in a while, a band comes along that is absolutely addicting and you can’t seem to get their music out of your mind. I love unexpectedly coming across bands that turn out to be hidden gems. Such was the case when I first came across The Colourist. Last September I visited the Troubadour in Los Angeles to see The Honey Brothers, a New York new wave folk band, playing their first Los Angeles show in almost two years and the first West Coast concert with drummer Adrian Grenier, star of the hit HBO show Entourage. Finally seeing The Honey Brothers was awesome, but I was blown away by the first opening band, The Colourist, and became completely captivated by their music. Immediately I came home that night and bought their EP off iTunes. Unfortunately it got mixed up inmy iTunes Library until recently.

With an energetic and enticing female drummer, you can’t help but get a Matt & Kim vibe from Maya Tuttle as she pounds the skins on her drum kit and sings beautifully with backup vocals. Guitarist Adam Castilla commands lead vocalswhile Justin Wagner (keyboards/vocals) and Kollin Johannsen (bass/guitar) keep the band in place. The self-proclaimed Orange County “jungle rock” quartet is one of those catchy bands you can’t stop thinking about once you hear their music. Their music sweeps listeners away with their catchy choruses that take the listener on a pop melody adventure. Their Death Cab for Cutie sound is the perfect soundtrack for summertime and even better for a laid back time. They blend dance, electro-pop, rock, and folk to create a sound that is completely their own. It’s truly troublesome trying to label this band, but why does that even matter when they sound amazing?

The four song self-titled EP leads off with “Oh Goodbye,” which was nominated last year for best song at the 2009 Orange County Music Awards. Simply irresistible, you can’t help but get caught up in this song. This is one of the best pop songs I have heard in the past five years! The band blends perfectly on “Oh Goodbye” that will leave you wanting more. “Fair Weather Friends” begins with a xylophone creating a soft sound before building into a heavier sound with pounding drums and energetic guitar riffs. This song shows the diversity and potential the band has transitioning from genre to genre flawlessly. The distinguished drumming styles of Tuttle, the charisma of Castilla and the hypnotic harmonies in “Cold October” just elevate this EP to a whole new level. The EP ends with “Yes Yes” an electronic pop song that has hook, after hook leaving you singing along the entire time.

Overall, this entire EP has one hook after the other and you might even catch yourself singing the songs long after you stopped listening. The future looks bright for this unsigned band as they continue to make great music in Southern California.