A Sunday Conversation with Tsurumi Records 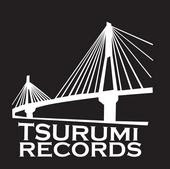 A while back, we started a feature where we interviewed the heads of a bunch of cool indy labels to try and get inside the heads of the maniacs who continue to pour their hearts and souls into bringing indy music to the world.  One of our newest, most favorite labels is Tsurumi Records, a vinyl purveyor of fine garage punk.  Here's what Jeff, one of the two Tsurumi Records head honchos had to say.

I've played bass in bands since highschool and was always involved in putting together recording sessions and making our CDs, cassettes, and a 7 inch.  I moved to Japan for 2 years and when I returned, I felt like I didn't need to jump right back into live shows.  I was lucky to hear some demos I dug but didn't see anyone else stepping up to release. So, I decided to start a record label and mortgaged my house for cash.

In Japan, I got an appreciation for the under-appreciated records, deepened my passions for live shows, and fell in love with vinyl again. I was already exposed to the music career of Eric Balaban and the Seattle scene.  I guess the sound and scene I was aiming to capture is some sort of connection I felt between music I've been exposed to living in Tokyo/Yokohama , Seattle, and the Midwest.


Your music is particularly multi-cultural with your strong link to Japan, how'd that develop?

During my stay in Japan, I hung out with a cool Rock N Roll DJ guy, Macky Ramone.  He would spin records between bands at live houses. He also introduced me to tons of Japanese bands. and records of American bands.  Prior to living in Japan, The Beautiful Mothers toured Japan with Macky.  We got to meet a lot of great musicians at all the shows.  One of the greatest was Silent Tongue. who later became Golden. 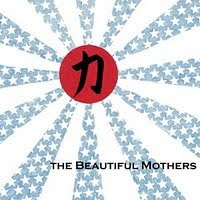 Which was your first release?

We simultaneously released The Second Academy's  "The Grave From Out of Which We Briefly Wander," Golden's "Golden," and The Beautiful Mothers' "Chikara."  We wanted to come out swinging!


Who's been your biggest selling artist to date?

They are all selling about equally.  Spikes in monthly sales are when the bands play shows.

There's so much to learn about running a label, share with us some of the lessons you've learned along the way.

I'm still learning.  The biggest thing I can say is start by inventorying all your resources - your skills, your contacts, your friends, available storage, tools and computer programs you have or can borrow, and of course money.  Figure out everything you can do yourself. Then figure out how you will get done the things you can't do.  Then figure out what you need help to do, even though you can do it, because you won't have time to do it all.  Then beware of all the offers from the "independent music industry."  There are a lot of great people and services, but like any industry, there are a lot of people selling things you don't need or won't need at that time. Don't be afraid to say no. Our goal is to keep overhead as low as possible to spend as much of the money as possible on pressings and promotion.  Plan to ask for a lot of favors, unless you have big bucks backing you, and be sure to give favors where you can.  Thank everyone who helps you with anything you can like free T-shirts, records, liner note credits, food, guest lists, etc.

There's been 3 High points so far; the first time we set the needle on the record. The low point is doing the books; I hate accounting, but it's gotta be done.


Who would you like to work with, but haven't yet?

A good booking company.  And any of the labels on our myspace influence list to do something like share bands on a bill or put out a split release.


What changes do you see ahead for the music industry?

I think there's a "local economy" backlash going on against corporate America, including corporate rock, that's helping our recessing recovery.  And gas is expensive. I'm hoping we are going to see more cool scenes get created, with fresh soundtracks, and new small labels capture the magical moments.  When I was growing up in Cleveland in the late 80's there was an amazing local scene.  Local labels pressed the records (before CDs existed) and some of those are the favorites in my collection, like The Amazing Pink Holes.  Online music is also changing and kind of in a similar way.  Myspace and most other online content pools overwhelm visitors with an un-digestible number of bands. With the growth of social networking, I think music discovery on-line is going to be more community based. the "local scene" on the web will be the soundtrack from the favorite bands of your social scene.  I'd like to see music expectations to be more fresh and "local" and the music industry rally around that instead of targeting mass markets, often built through business plans that repackage hit-formulas and limit creativity.


What are you doing to stay on top of new and emerging technology?

If I want to do something, the first thing I do is google it. It's one of the wonders of the web. Instantly you have a bunch of ideas to research.  If it sounds like it could work, follow more links; New and emerging technologies are always available on line.   I also read WIRED magazine, which highlights a lot of trends in short blasts.  Lastly, I ask friends in the tech industry.  As an example, before we built our website, I had a bunch of them over for beers and talked about all the web authoring tools out there.  We ended up building our site using Joomla, an open source framework a little like word press but with more features. One technology I think is going to be useful to small businesses is "cloud computing" as a way to minimize costs for computers, storage, and programs. The needle in the haystack.  There is a TON of content out there that can get in the way of connecting with a new audience.


How is most of your product sold? Mail order? Web-based? At shows? Is this changing?

Right now, most of the records are sold at shows.  We are completely set up for mail order and web-based and see sales here improving as we get more visibility through reviews (like Ripple Effect!) and word of mouth. We just formed a physical distribution deal with CPI in Cleveland to make releases available to all local record stores and other retailers.  So, we're hoping to see a change to see many more sales outside of the shows.  We have also set up a new digital distribution deal through Organic Entertainment, which includes all the digital download places and availability on those digital jukeboxes in bars. It will be interesting to see how digital and physical sales compare as we grow.


Seems that the sound of the bands you sign keeps evolving. What do you look for in your bands?

I'm looking for a sound I don't already have in my record collection.  Right or wrong, I have this kinda two-band tolerance for a sound. I'll love the first band that gives me a new sound. Then maybe one more along those lines cause there local or not local and all my friends somewhere else know them. After that, I can't really find bandwidth for another record in my collection. unless their live show blows me away - then I want a copy to remember the show!  The mix tapes we put out are a good indication of sounds we like.


How do you find your artists?

We'll find new music by going to shows, talking with friends, and record store shopping. Then we get to know the artists to see if they might be a good fit for Tsurumi Records. Besides the music being great, we've got to get along as a team and be able to agree on the goals for the pressings and promo.


What are you looking for now?

Story telling with balls. We love music that blows us way in lyrics and performance, where production is a secondary concern.

What does the future hold for you in terms of upcoming releases?

We are recording the new LP for The Second Academy in June and plan to release early fall. We are also working with a new band, Fonzerelli, and expect to go in the studio in August to release in late fall.

We'd like to see more opportunities for a small label to promote and participate in bigger media outlets, like commercial radio, festivals, and television.
Posted by The Ripple Effect at 12:32 AM