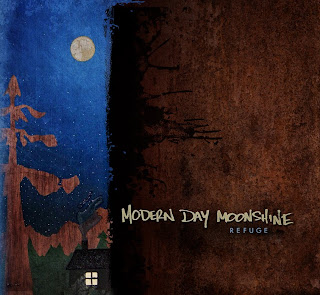 Modern Day Moonshine was one of the bands that made us put our money where our mouths are.  After hearing their self-titled EP, Modern Day Moonshine, we were so impressed with their laid back, yet passionate take on an Allman Brothers mixed with Crosby, Stills, Nash, meets Neil Young, crossed with The Meters vibe, that we just had to go ahead and make them one of the first acts signed to the nascent Ripple Music Label.  With a dynamite new album coming later this year, we couldn't miss out on the chance to have the gents, Todd (guitar/vocals), Brendan (bass) and David (drums) pop on over to the Ripple Office and share their thoughts.

When I was a kid, growing up in a house with Cat Stevens, Neil Diamond and Simon and Garfunkel, the first time I ever heard Kiss's "Detroit Rock City," it was a moment of musical epiphany. It was just so vicious aggressive and mean. It changed the way I listened to music. I've had a few minor epiphany's since then, when you come across a band that just brings something new and revolutionary to your ears.

T:  Hendrix mix tape that I got when I was 19.  Pink Floyd mix tape too. "Flamenco Sketches" by Miles Davis soon after that. 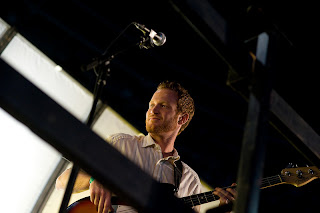 T:  Purity of nature and the flaws of society.


What is your musical intention? What are you trying to express or get
> your audience to feel?

T:  Social and self awareness.

T:  Its all organic.  Shouldn't be contrived.  Its just gotta hit your core somehow.

D:  I've been in bands where we would pine over this kind of thing.  This band?  Not so much.  Its about the feel and whatever the tune calls for. 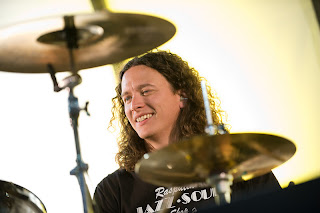 D:  We stay motivated by doing the same thing we've always done:  Playing tunes.  Gigging has always been our MO, and I think tha'ts what the business is reverting back to again.

D:  Getting lost on on the way back to San Diego after a gig in Mexico. Watching a 45 minute trip turn into a 4 1/2 hour trek through the finer points of the Baja Peninsula while being hungover in the cab of a pickup
truck.  We turned around when we passed the donkey pulling the produce cart.

T:  Playing a gig in Palm Springs and then heading to Joshua Tree afterwards with a bottle of whiskey.  Staying up til 5 am.  Then waking up at 8 am to 100 degree heat with no water.  Then driving 3 hours back to
San Diego to play 2 gigs that same night with super glue holding my fingers together after a late night hiking "incident."

B:  Having the guitarist from Tesla come up to me at a gig and say "Don't let this happen to you."  Apparently he was homeless or something. 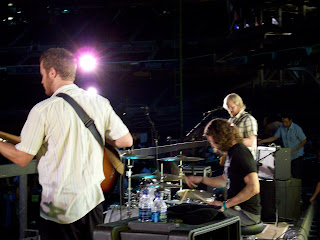 
T:  (loooooong pause):  200 songs later, I honestly don't remember. (Longer pause)  I do remember writing a Ricky Nelson style song when I was eight.  My dad showed me my first guitar chords.  And happened to be a fan.  Incidentally, the first song he ever taught me was "House of the Rising Sun."

T:  All of them.  Always most proud of the newest one.

D:  Any of them.  And any off-the-cuff improv jams that we have come up with.


MDM: Wilco, Michael Franti and Spearhead, Radiohead.  All of them are and always have been original.  That and they all continue to evolve. 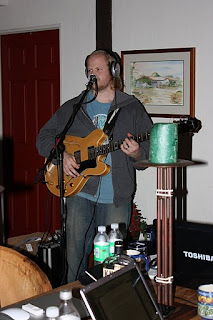 
D:  Each one has its place.  Love the sound of vinyl.  Love being able to download on iTunes (and have it effortlessly charge a soon to be maxed out credit card).  CD's for driving.  Still waiting for cassettes to make a
long overdue comeback.


We, at the Ripple Effect, are constantly looking for new music.  When we come to your town, what's the best record store to lose ourselves in?

D & B:  Amoeba (SF or Berkeley) has just about everything.  Good vinyl selection too.