A Sunday Conversation with Darklight Corporation 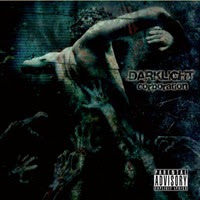 Dark, heavy, and with a killer groove!  That's the brand-spanking new album from New Zealand's Darklight Corporation.  Equal parts industrial and thrash, Darklight blew the Ripple office into a frenzy of ugly white boy metal dancing!  Could wait to share a beer with them on the Ripple couch.


What have been your musical epiphany moments?

Well I grew up in a very musical house, we had a lot of classical mixed with the top40 music of the time like, Abba, Bay City rollers, Neil diamond etc. But when I had enough money to go and buy my own records I bought this compilation album called Heavy and I dropped it on the turntable and the first track was Number of the Beast by Iron Maiden, and the hair just stood up on the back of my neck and I couldn’t stop playing it over and over, drove my parents crazy, but that was the pivotal moment in my life that I knew I wanted to devote my life to this music I was hearing. Like you say, there were other minor epiphany’s but that was The Moment and I will never forget it.

The guitar is my primary instrument so I pretty much come up with the riff first then throw down some drums so I can get a real feel for the song, if at that stage it doesn’t get me excited I will pass on it and try some thing else, I know pretty quick if I am onto something or its just dead in the water hahahaha. But I will pretty much get a full demo together of the song without vocals and take it to the rest of the band to get their input, then we record the music for real and Fabio takes it away and writes the lyrics and melody over the top of the finished music.

Seems kind of strange from a songwriters point of view but it definitely works for us. I think because I am more musically inclined I like the music to be able to stand on its own so if you heard the track without vocals you would still think, hey that’s pretty cool. 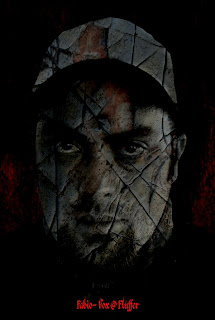 Inspiration is a bit of a mysterious thing. Most of the time when I sit down to write music its just crap, and I’m going, man what are we gonna do, I think I have lost it. And you can go or weeks like that then one day you sit down and just pick up the guitar and this magic comes out without even thinking about it. It’s defiantly the joy of music, you can’t force it, it just happens.

As for motivation, I think once you tap into that magic there’s no going back, you are always looking for That Moment when it all comes together and you write something purely from your soul. And it’s all about the mood your in to what comes out, that’s why music is such a personal thing. I’m just after that moment where I go, Fuck yeah that’s cranking hahahaha.

Yeah I don’t really mind when people try to pigeonhole us into some sort of genre, we are what we are and people only do it so they can see if they can identify with you or not. If we say we are a metal band some people go, I don’t like metal, but if they hear us they go, that’s pretty good for a metal band, hahaha.
I think we will go with the Euphoric Metal tag for this question hahaha


What is your musical intention? What are you trying to express or get your audience to feel?

I think we would like our music to give the listener a real sense of excitement and escape and make them feel stoked at that moment in time. Like we do when we are playing it. We want our music to be explosive and exciting. 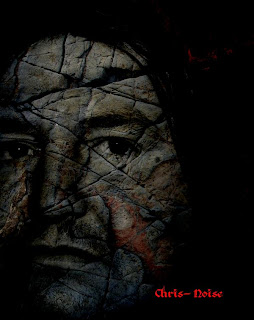 We try to keep it simple really, I think the more simple the idea is the more people get it. Too many ideas in one song are definitely a vibe killer. We really work on getting different parts of a song to mesh together organically and to keep it flowing.

The changes in technology have been awesome for us as we self produce our music and we can do this to a very high level and compete with “studio” releases. If we had to spend $50000 on recording each album it would cripple us.

As for staying motivated, we do this cause we really love what we are doing and even if we are not successful we would still do it, it’s in our blood. We are self managed and self produced but we use professional companies when it comes down to business, In the US companies like Twisted Hillbilly Records, Blastzone Distribution and Rainmaker PR are all doing what they do best for our album release and this is the way of the future for indie bands I think. Do what you do best and make the music then delegate the other jobs to industry professionals who know how to get your music into the right places.

And I think it’s really important to connect with the people who like your band and really work on the fan/band relationship, do not take them for granted and treat them with the greatest respect.

Live our drummer triggers samples from a laptop with a drumpad unit, and this had not been set properly and the vibrations from the PA were setting off samples in wrong places etc pretty bloody embarrassing at your first gig, but we sorted that problem out pretty quick hahahaha

Other than that the usual, pissing your pants onstage, dropping Fabio’s pants mid chorus and generally getting feral hahahahahaha 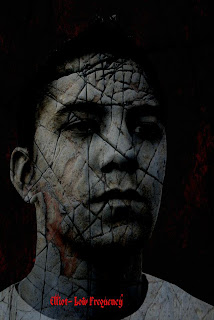 When you listen to a great song, nothing else matters and you get lost in that moment. It’s the ultimate escape and it can’t really be explained in words, it’s the emotional response that tells you.

Man I thought it was the best song ever hahahaha turns out it sucked, but it planted the seed and hopefully the songs have got better since then.

I am really proud of some of the new songs we are doing, I think I am really developing as a guitarist and producer and I love the results we are getting.

As far as one song, I think it would be "One Man Revolution" off the debut album cause it really nails down what we are about and the Darklight sound.

There are a lot of great artists writing great songs and it’s easier to discover them now. Deftones, Beyonce, Muse, Disturbed, Massive Attack, Rammstien, Slipknot to me, all write great songs. A great song can’t be measured, or forgotten easily. There are so many great songs that never reach the mainstream, that’s the excitement of music you never know where you will discover a great song that resonates with you.

Vinyl is definitely the sexiest format for music, it just looks and feels fucking cool. But I don’t think it really works with most of the modern music made today, in our genre I don’t think it would have the same sonic impact that it does in digital. Cd is still the king when it comes to audio quality in the digital age. Mp3 is just shit really, but people still put up with it for some reason. We need to have a more audiophile format as the standard. Standard wav file or cd is my choice. 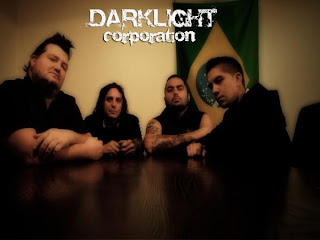 In Wellington there are a few great record stores, Real Groovy would have to be the best. Big store with everything you would want and if they don’t have it they will get it. Loads of secondhand music too. Its real music lover’s paradise and you can spend hours in there listening to vinyl and cds.

Well a great big “good on ya” for actively discovering new music instead of just being feed it from the media. That’s the great thing about the internet, you can get out and explore and discover so much great music that you didn’t really have access to before.