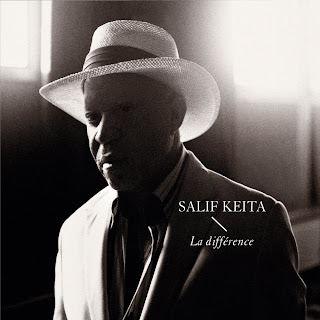 The descendant of warrior princes, the son of two black African parents, Afro-pop pioneer Salif Keita was born “white.” Inheriting albinism, a lack of skin pigmentation, Keita instantly stood out among other Africans and stood out as a spokesperson for tolerance in all forms.

On La Différence, the legendary singer addresses this deeply personal issue–albinism in Africa—and gives it an urgent global resonance that takes his songs from Bamako to Beirut. As Keita’s famed “golden voice” cathartically croons in the title track, "I'm a black man, my skin is white and I like it, it's my difference/I'm a white man, my blood is black, I love that, it's the difference that's beautiful."

The distinction is often interpreted as an ill omen in his native Mali, and invited a life of ridicule, making Keita an outcast in his own community. Society, including public schools in Mali, perpetuates harmful beliefs about albinos, and they are often shunned, ridiculed, and even killed for superstitious purposes.

Although he and others have come to terms with albinism, Keita has struggled long and desperately with the stigma attached to his skin color. Though born into a noted caste of musicians with direct links to Sounjata Keita–the heroic 13th-century warrior-prince who edified the ancient Malian Empire–Keita was forbidden to play music growing up. He was also disowned by his father, kicked out of school, and rejected by the local aristocracy.

Filled with unrealized musical ambitions, Keita had no choice but to leave Mali as a young man. Armed with the strength of his convictions, he travelled to neighboring Ivory Coast, then Paris, London, and New York, where his skin color could not keep him from expressing his artistic vision. His perseverance paid off throughout the 1970s and 1980s, as he became an internationally recognized icon thanks to his gravely voice, innovative musical arrangements, and profoundly poetic lyrics. 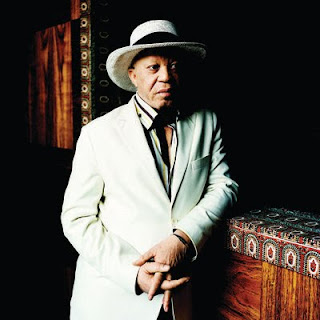 In 1997, Keita’s fame helped him to overcome the stigma attached to albinism that persisted in West Africa, allowing him to make a triumphant return to Mali. Cautiously re-entering a community that once shunned him, he discovered a newfound acceptance, which allowed him to re-establish roots there, including building a studio in the capital of Bamako.

La Différence is the latest in a trilogy of acclaimed acoustic oriented recordings (Moffou 2002, M’Bemba 2006) that were primarily recorded at Keita’s Bamako studio. The intimate acoustic environment of La Différence allows Keita’s vocal timbres to shimmer and soar, highlighting their poetic nuances and the poignant themes of his lyrics. While the album is dedicated to the plight of albinos in Africa, leading with its title track that aims to increase the global awareness of this cause, the remainder of the album delves into a wide range of social and political issues.

Over a thick sanguine female vocal chorus and rhythmic guitar riffs, “Ekolo d’Amour” seeks to inform listeners about the ecological devastation that has befallen Africa. Fusing the powerful traditional tones of the 21-stringed kora with a contemporary guitar-rich, down-tempo, polyrhythmic groove, “San Ka Na” cites a specific example of ecological destruction, alerting audiences of the need to protect Africa’s Niger River, upon whose banks Keita played as a child. With a rough and urgent voice, Keita scorns local politicians for their neglect and complacency regarding such problems.

La Différence also finds the singer re-imagining a few previous recordings with a new palette of sounds. Harnessing the deeply echoing, bluesy textures of guest guitarists Bill Frisell and Seb Martel, an intimate rendition of 1995’s “Folon” offers a stripped-down, horn-absent version that allows Keita’s haunting voice to pierce the mellow cosmopolitan soundscape. With producer John Henry, Keita reaches back to the 1970s, recalling his days with the Ambassadeurs du Motel band in Bamako, with a new incarnation of “Seydou.”

Departing from the original track (“Seydou Bathily”), this softer version bathes Keita’s voice in a rich sonic world of resonant vocal refrains, Arabic-tinged string arrangements, interlocking guitar tones, and a multilayered percussion ensemble that merges sounds from Africa and the Middle East. Given that these songs have been refined by Keita and his band over the course of many years, some for decades, it is no wonder why his delivery comes across with a relaxed, sophisticated confidence.

Further linking La Différence with Keita’s long musical career, the melody of “Djélé” is decorated by the intricate balafon work of Keletigui Diabaté, a monumental figure in Malian music and one of Keita’s most faithful musical partners, helping him to develop as a guitarist over the course of almost four decades. Drawing on his international sojourns, “Djélé” reinforces Keita’s cosmopolitan approach to this album as the breathy tones of an accordion dance with a concert piano over top a bed of deep electric bass, legato orchestral strings, plucked African lutes, and a global array of polyrhythmic percussive timbres.

is an intimate journey into Keita’s personal struggles. Singing a hymn of universal tolerance Keita poetically claims, "some of us are black, some are white/all that difference has a purpose…for us to complete each other/let everyone receive love and dignity/the world will be a more beautiful place.”

-- provided to the Ripple by World Music News Wire