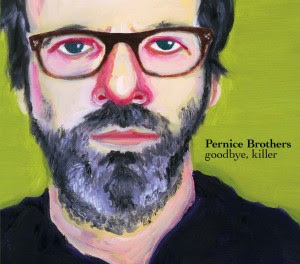 This was not what I was expecting.  What I mean is the album Goodbye Killer is from a band best known for “Chicken Wire,” a song off its 1998 debut album entitled Overcome By Happiness that, in 2007,  was named the “#1 Most Exquisitely Sad Song in the Whole World” by AOL Music.  This led to my unfounded expectations.  I anticipated lyrics laden with tears, emotional breakups, suicides, loss, shame and pain set to a sorrowful tapestry of heartbreaking alternative folk.  I prepared to listen braced for something that would make me weep until I fell asleep or remind me of the greatest losses of my life or that just sucked life out of any optimism about mankind, long-term relationships or continued existence from my soul.

So here it was - the Pernice Brothers’ 2010 release Goodbye Killer, their seventh album in the past twelve years.  The band was founded by Joe Pernice in 1997 after he disbanded the Scud Mountain Boys, a band that recorded three alternative country albums.  He included his brother Bob Pernice in the band - hence the name the “Pernice Brothers.”  For this album the band is rounded out by James Walbourne (Pretenders, Son Volt, Peter Bruntnell) and Ric Menck (Matthew Sweet, Velvet Crush) who together recorded ten original Joe Pernice songs.

The first track “Bechamel” is an uptempo 1960’s-esque pop love song with the jangling guitar accompaniment reminiscent of a Byrds song overlayed harmonies of Simon & Garfunkel from their 3 AM In The Morning album.  No crying here.  In fact, the song left me humming and smiling. 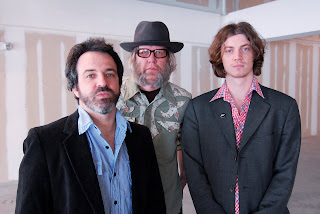 Next up is “Jacqueline Susan,” a driving pop rocker that could double as a Fountains Of Wayne song, yet contains a lilt that somehow reminded me of Herman’s Hermits’ hit “I’m Into Something Good” being performed by Iggy Pop with a wailing guitar.  While the words are bitter and biting, now I was pumped - not one tear was dropped.

On the heels of “Jacqueline Susan” comes an old-time country vamp, “We Love The Stage.”   Joe Pernice’s lyrics are tongue-in-cheek about life as a touring musician.  It’s nice to know that the band members “even like the smart-assed kids who shout out ‘Free Bird’ in [their] face . . .”  I was rather amused.  No waterworks on this one. (I especially liked the use of the tuba.  It is not an instrument you hear everyday in contemporary alternative music.)

The fourth song is “The Loving Kind.” It is the first slow song on the album that could pull moisture from an eye. The melody brings on memories of Roy Orbison’s tearjerker “Cryin’.” There is a wonderful slide guitar solo that sounds like George Harrison.  Joe Pernice’s voice is much softer and less refined than Roy’s (whose wasn’t), yet, the song still comes off as a lost Traveling Wilburys classic.  I became a bit sad over this one - maybe it was the lyrics or melody or maybe it was melancholy that Roy and George are no longer with us.

What follows is “Something For You” - an anthem of a song.  The lead guitar plays in three distinct styles as the song builds - as if Manfred Mann, George Harrison and Eric Clapton each took turns trading solos.  The rhythm guitar is classic and reminiscent of Harrison’s work on “My Sweet Lord.”  The melody slides from a sound that recalls 1960’s Paul Simon, then Bob Dylan, then Harrison and, finally, Jim Croce.  Quite a feat in one song.  I experienced nothing but laid back smiles. No moisture.

After “Something For You”  comes the album’s namesake song, “Goodbye, Killer.”  The George Harrison guitar-like sound accented by the jingle jangle acoustic sound of guitar and banjo permeate under lyrics that reflect on what is love and that preach understanding and caution. It is ultimately a song that is a cautionary tale about trust.  No sadness here. 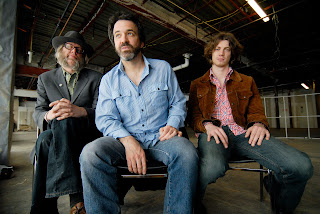 Okay. I though finally with the next song I would bawl my eyes out.  After all it is called “The Great Depression.”   But, no.  The tune seems to be the least-suited on the album for Joe Pernice’s vocal range.  Maybe that is why it is almost entirely in harmonies.  Somehow it still works in a Peter & Gordon meets the Hollies sort of way.  It is a song about the loss of love and bitterness.  It is more angry than sad.  No lacrimation for me - just agitation

The eighth track, “Newport News,” is a country folk song about losing love where Joe Pernice wails that he wants to know why his “love was easy to leave” and wishes he could kiss his former’s girlfriend’s “ass again.”  Angry - yes.  Upset - yes. Actually, kind of funny.  Weeping - no

The song “F*cking and Flowers” is a rocker.  I think this is the only song I didn’t like on the entire album.  The vocals are strained.  The lead guitar comes across as an improvisation. I suspect the track, the second shortest on the album, is a last minute filler.The tenth and final track is “The End Of Faith.”   It presents as a soft singer/songwriter acoustic country folk guitar banjo song.  The tune is a  quiet, reflective ending to a tremendous musical effort.  No blubbering on this one either.

Sometimes expectations have a deterministic effect on how a reviewer looks at an album and I was ready to render judgment even before I heard this album simply based on prior reviews, awards and experience.  Fortunately, on the second listen the Pernice Brothers’ Goodbye, Killer changed my perceptions about the band and, consequently, my expectations.  I’m glad this album found me.  The tears that you will shed could be tears of joy.


Stream of Three songs from album - http://www.pernicebrothers.com/preview/
Posted by The Ripple Effect at 12:47 AM