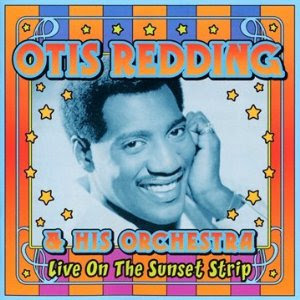 It’s hard to believe that Otis Redding was only 24 years old when these live shows were recorded in Hollywood, California back in April 1966. Even though he was still a young man, he was an old pro by the time he hit the stage of the famous Whiskey A Go Go having experienced many hit singles and successful albums on the legendary Stax-Volt label. Otis usually recorded with Booker T & The MG’s but rarely toured the United States with them since they were so busy with studio work in Memphis.

There are plenty of live documents of the 1967 European tour and landmark performance at the Monterey festival, but this 2CD set lets you hear exactly what Otis did to audiences night after night with his road band. Most of these have been available in edited form, first on 1968’s LP In Person at the Whisky a Go Go and then more selections were released in 1993 as Good to Me: Live at the Whisky a Go Go, Vol. 2. Even if you already have those, you need to pick this up. You get 3 complete sets of Otis and his tighter than hell road band rocking the stage of a small club. Taj Mahal’s old band Rising Sons (also featuring Ry Cooder) were the opening act for these shows. In the liner notes he’s quoted as “His was one of the most amazing performances I’d ever seen and I’ve seen some great performances. I’m talking about being in the same room, not watching a film or being at some big festival. This cat just had the rafters falling down.” You gonna argue with that

It’s all here. Every grunt, whoop and holler from the Otis and from the crowd, too. When they do fast ones like “I Can’t Turn You Loose,” “I’m Depending On You” or his version of the Rolling Stones’ “Satisfaction” you can feel the everyone rocking. Otis liked to do his uptempo ones twice as fast at the record, but he also liked to do ballads twice as slow. “These Arms Of Mine” is even more powerful than the original and “Chained and Bound” gets the full dramatic treatment with some heartfelt testifying in the middle. His hit “Respect” is given a high energy workout. It’s interesting to compare it to the live version from Monterey a year later when he mentions that “some girl” just stole his song, meaning Aretha Franklin’s hit version. Two of the sets come from the last night of his 4 night run at the club. Otis mentions that now that they’ve been paid they can “goof off.” His idea of goofing off includes an incredible 10 minute version of James Brown’s “Papas Got A Brand New Bag” that gives JB a run for his money.

Since it was the norm for artists to do 2 shows a night, several songs are duplicated but when it comes to The Big O can you really have too much? Otis gave us so much incredible music in his way too short life and this is guaranteed to make you feel good no matter how bad your day is going. Play this one loud.