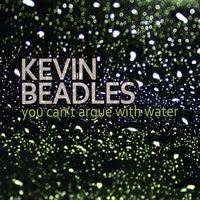 I receive about two dozen new or pre-release CD’s and a dozen new music downloads every couple weeks.  In addition, I spend three or four hours a week searching out new music.  My deal is that I only write about what I truly like.

I listen to all new releases at least twice. Then, I weed out works that I think are simply dreadful. Unfortunately, that accounts for 50% of what I hear.  Out of the remaining 50% I make a second cull that eliminates songwriters that can’t sing but who insist on doing so; musicians who can’t write lyrics but write their own songs anyway; cocktail lounge singers and acts; and amateur attempts to home record by musicians who cannot competently produce a recording or play their instruments. I never eliminate a work based on musical style or genre.  The music could be jazz, blues, gospel, rock, alternative, indie, folk, country, Americana, roots, reggae, hip hop, metal,  rap even Cajun. The type of music is irrelevant to my culling process.  If music is good it is good regardless of style. I also do not look at the record label until I have decided that the music is worthy of a written review.

The second cull usually leaves me with about ten to fifteen CD’s and downloads that I then listen to a third time. This time I look for two things - music that I believe has hit potential and artists whose musicianship and/or recordings make them potential stars worthy of a larger audience. If the music does not have one or both of these elements it is also placed on the “don’t review” heap. Thus, out of my mountain of new music only two or three releases actually make it to my “must review” pile.

One that made the cut is Kevin Beadles’ “You Can't Argue With Water.”  It is new yet very familiar - a mixed bag of pop, alternative and modern rock, country and folk.  The musicianship is competent, but, the album is not about the musicianship. Like the song’s musical scores, the music just fits nicely.  The vocals are good but not exceptional.  It is the songs that make the album worthy of review. They are well-crafted even if they occasionally sound like they are built on the shoulders of musical legends. This album is a case of the whole exceeding the sum of its parts.

The tracks “Shine,” “High,” and “Where We Came From” are crossover anthems that could  grab airplay on any one of the hundreds of modern pop rock radio stations . “A Love Sublime” contains Dave Clark Five background vocals that make this modern love song connect with the 1960’s. When Beadles sings “Mrs. Jones Cadillac” you can’t help but think of tongue-in-cheek Johnny Cash songs (”My Name Is Sue,” “Cadillac One Piece At A Time”) but, played with the feel of Michael Martin Murphy singing “Wildfire,” even though the lyrics make this a serious tune. The crooned “Sharkskin” rocks somewhere between Timbuk3’s “The Future’s So Bright (I’ve Got To Wear Shades)” and  Kenny Loggins’ “Footloose,” yet  is presented as if it were a Harry Connick, Jr. tune.  “A Prisoner In Chains” sounds awfully similar to the 1991 song “Walk On The Ocean” by Toad The Wet Sprocket. Two melancholy songs, “Caroline” and “Happiness Is Small,” are modern versions of street corner “doo-wop” (without the “wop”) and the final track, “Indian Summer,” is a modern country/pop crossover love song reminiscent of any of a dozen Carpenters tunes.

I finally got around to looking at the liner notes on the CD cover and, low and behold, The Ripple Effect’s own Racer and Pope John are thanked by Beadles.  It appears that Ripple Music in association with Tactile Records released the album.  Good job gentlemen.