A Sunday Conversation with Paul Collins of the Beat 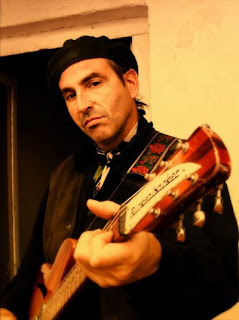 Some people go with no introduction.  I've been a fan of Paul Collins Beat since the album first came out in high school.  It was a staple on my turntable through college, and it's never left.  Needless to say, I had to fan myself like an excited schoolgirl about to meet the cast of Twilight, when Paul Collins stopped by, plopped himself on the red leather interview couch and talked a spell.
When I was a kid, growing up in a house with Cat Stevens, Neil Diamond, and Simon and Garfunkle, the first time I ever heard Kiss's "Detroit Rock City," it was a moment of musical epiphany. It was just so vicious, aggressive and mean. It changed the way I listened to music. I've had a few minor epiphany's since then, when you come across a band that just brings something new and revolutionary to your ears.

What have been your musical epiphany moments?
When I heard Big Girls Don’t Cry in 1963 when I was 6 & a half years old in a taxi cab in Saigon Vietnam in the pouring rain. That’s when I knew what I wanted to do.


Talk to us about the song-writing process for you. What comes first, the idea? A riff? The lyrics? How does it all fall into place?
I never know how a song will come out and some times it can be very frustrating! Right now I am putting together a new record and for about 3 weeks I could not write a single decent song! It was driving me crazy! Then one night I woke up at 4 am and sat on the couch and out popped this sing, “Come On Lets Go!” and it rocked!


Where do you look for continuing inspiration? New ideas, new motivation?
My main concern has always been the same, ever since The Nerves, writing good songs. Easy to say but very hard to do. That is why recording can be so difficult because as a writer you really want to make sure you are saying things that are worth saying lyrically and musically.


What is you musical intention? What are you trying to express or get your audience to feel?
It always comes back to the same thing good songs with great melodies and great guitar hooks that turn you on, the same way I was turned on when I was a kid and I would listen to the radio and it would blow my mind, literally I was so knocked out by what I heard, it became the quest of my life to make music that was as effective as that, which for me is rock n roll with pop sensibilities.


What makes a great song?
Hard to say but you know it when you hear it! Usually a great melody with the right rhythm and the right treatment musically.


Tell us about the first song you ever wrote?
"Working Too Hard", and it took me 2 years to write it! I had been in The Nerves for awhile and I was desperate to write songs as good as Jack and Peter’s. I really learned a lot form the both of them. I was living in the back of a school bus that Jack had and everyday all I could think about was trying to write a good rock song. Then one day I did and when I played it for Jack he said, “Yeah man now your talking!” 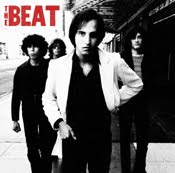 What piece of your music are particularly proud of?
Well the first record is always a very special moment I think for any musician and for me that  would have to be both The Nerves EP and The Beat’s first LP. I am very lucky to have been apart of both of those bands!


Who today, writes great songs? Why?
I don’t really listen to much new music, I am sure people are out there doing great stuff, but I come from a different era, a different sensibility so it’s hard for me to say.


Your career has spanned so many decades.  Talk to us about the early years when the Nerves and the Beat first broke out. You were part of the punk scene (playing with bands like The Avenerger) and the powerpop scene.  What was that like?  What bands did you hang with?  Fight with?
You are right, it was a long time ago, when The Nerves first started we kind of operated in a vacuum, there were hardly any other bands doing new music in San Francisco, we met The Avengers right before we left town and prior to that we knew of Crime and the Nuns but our music was not punk in the same way so we really didn’t bond with those bands. It is a shame but the truth of the matter is we felt completely ostersized on all sides, it was kind of lonely.
Talk to us about the exciting new vault find of the Breakaways album with Peter Case.  Any chance you and Peter will record again together soon?
I am so happy that these recordings have come to see the light of day! They have been sitting in Steve Huff’s (Bassist for The Beat) closet for some 30 years! I don’t know if Peter and I will do any recording, we really don’t see each other that much and Peter’s music has taken a departure from what we used to do together so I am not sure, one thing I do know is that Peter is one helluva great musician!

You and other powerpop legend, John Wicks of the Records have been doing a series of acoustic tours and house tours, how's that been going?  That's a great and new format for you to play.
The House Concerts have been great! It is a really fun way for John and I to get out and play our music in a dignified and financially rewarding way, it by passes all the bull shit that you encounter at the club level with promoters ect. I enjoy it lot and it allows us to go places we have never been to!


Come on, share with us a couple of your great, Spinal Tap, rock and roll moments?
Oh Jeeze lets see now! How about the first time we heard The Ramones….I was in The Nerves and we were rehearsing in our burnt out basement. Some how we heard that The Ramones (some new group out of NY) were playing at The Savoy in North Beach. We called up the club to see if it was true and the door man said yes but that they were doing there last song now. We begged him to just hold up the phone, and Jack Lee, Peter Case and myself all crowded around the receiver to listen to The Ramones for the very first time! Jack and Peter started to yell..”They’re not changing!...they’re staying on the D chord, I can’t believe it!” We were so knocked out to hear a new band making music that similar to ours…it was a breath of fresh air!
Vinyl, CD, or digital? What's your format of choice?
I don’t care just as long as what’s on it rocks! 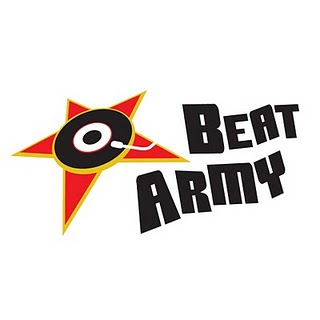 What is the Beat Army?
The purpose of The Beat Army is to establish a network of people connected by their love of power pop, punk pop, new wave and rock 'n' roll to help ensure its success at the club level, where rock 'n' roll lives and breathes. Check it out on Facebook at The Beat Army.

Ask not what Powerpop can do for you, but what you can do for Powerpop!


Any final comments or thoughts you'd like to share with our readers, the waveriders?
Yes, I think it is very cool the way the internet has become a kind of jet fueled underground grass roots for rock n roll, it just goes to show you that things have not completely changed they just mutate, and that as far as I am concerned is a good thing! Keep on rocking in 2010! See you all out there!


Paul Collins and the Beat Army are hitting the road, with lot's of opportunities to see this legend. For more details, check out:  www.thepaulcollinsbeat.com

And don't forget the new album coming in August, The King of Power Pop on Bomp/Alive Records!

AUGUST   25-29 MIDWEST
8/24 Minneapolis
-my buddy nato (nato coles & the blue diamond band) is gonna get this set up. i think he wants to get it rolling at the Turf Club. heard of that place?

8/25 Madison
-sent some emails/made some phone calls, nothing definite yet

8/26 Chicago
- kevin is trying to work Empty Bottle for us...not set yet though

8/28 Green bay
- I'll be seeing Tom saturday (we are playing at this record store) but this sounds like itl'l be a go at The Crunchy Frog.

love to see him in Chicago. Go Empty Bottle book him. Nice interview, the Beat's first album was a total winner.