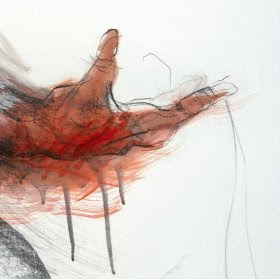 I’m not really sure who Victor is, or why the sun even needs fixing, but I can say with some relative certainty that Person Place or Thing is one of the cooler discs that’s been spending time rotating on my turntable. This Michigan based trio floored me with their post-punky, hard rockin’, devil may care sound the instant the needle hit the groove. This is the kind of band that you can’t completely or accurately pin down into one genre. Musically, they’re complex, yet raw; dynamic in sound, yet never sounding planned. Thought out, but never feeling scripted, Person Place or Thing is as edge-y an album as I’ve heard, making me think back on the later years of my teenage life and being reminded of the attitudes of a band like Fugazi, or on a more local SoCal level, Forced Down. But possibly most important is that every time I listen to this album, the more I like it. And I don’t mean simply like like it. I’m talking, well . . . y’know, LIKE it.


And what’s not to LIKE? From the opening of the album, as “My Friend the Guru” pipes out of the speakers, I’m instantly compelled by the initial thirty seconds or so of the drum roll to off time beat, the shimmering guitars cascading across the sonic soundscape, and then the explosive volley of notes as the tune starts moving. The music, up to this point, is working to perfection, so it was with a cocked eyebrow that I waited for the vocals to enter the mix. This was my point of defining whether this was going to be worth a second listen, let alone a keeper. Folks . . . the vocals sold me. Coming in with a hint of melody and then shifting to impassioned howl, the vocals captured my emotions and clung on like an agitated ferret in a tragic legging incident. Everything works so damn well that I can’t help but want to listen to this song over and over again. The bass is all over the place, but holds a steady groove throughout. The guitars never hit the seriously heavy crunch that I’ve grown accustomed to in recent weeks, and that’s okay. There are dynamics to the guitar work of Ryan Martin that are understated, but have a complexity all its own. Dare I say, virtuosity? Not in the Steve Vai sense of the word, but more in an emotional conveyance. The entire song seamlessly flows from one bizarre transition to another, and the whole thing is executed impeccably. 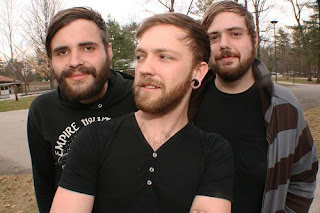 Remember folks . . . that was only the first song. We still have five more tracks to key into. Don’t worry, I won’t give away all of the little aural treasures on this one, but I will highlight a couple more of my favorite points and then I’ll usher you to the store to pick this baby up. “Paperthin Feather Fuck” blipped on my radar, mainly because it had a sound that I wasn’t expecting. It starts off almost sparse, propelled only by a guitar and those ever so compelling vocals. Once the entire band kicks in, the song takes on a feel of something leaning towards alt-country, and then suddenly disappears into a swirling cloud of distortion. Filled with great vocal melodies, this song has a vibrancy to it that is highlighted by the up tempo beat and primal vocal tirade as the song takes its final steps towards closure.

I mentioned that Victor! Fix the Sun have a great sense of dynamics, and no song captures this as well as the title track. Packed with off time starts and stops, manic and frantic vocals, instruments coming in and out of the mix and creating space between the flurries of notes, “Person Place or Thing” is an ambitious and majestic tune. One minute it grooves along at a nice and easy pace, the next, the band is in hyper-drive, throwing a tantrum on the floor of a supermarket. I’m highlighting the guitar work again on this one. Martin does a fantastic job of mixing in textures to the riffs and then backing away from the flurries of sound by creating huge waves of ambience. This song is a micro look at the entire album. The song takes the listener on a journey, riding the notes as they collapse into the next, ultimately depositing a weary form on the jagged rocks of some outlying island of the mind. “Person Place or Thing” is an example of three musicians who are so in key with one another that they’re practically one person. Everything about this song feels symbiotic. How else do three different personalities combine such loose effects with such tight execution of composition? 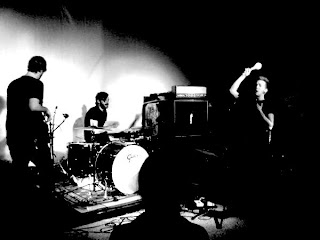 Person Place or Thing shocked me out of a bit of a rut. Recently, I’ve been transfixed by some of the darkest, creepiest, dreariest metal to ever assail an eardrum and having the opportunity to listen to a band with a number of fresh ideas, as well as an uncanny knack for delivering skin crawling emotion, was an unsuspected and welcome surprise. I never knew what post-punk meant until a few weeks ago (and I’m not totally sure I understand it now,) so I’ll use that term to describe where these guys are coming from sonically. I can’t tell you where they’re coming from emotionally. That’s completely up to you, Waverider. They use some progressive sounds and convey their ideas with power and conviction, and they have a unique enough approach that I can’t say they sound like one band or another. If you like guitars that come from a different part of the brain, Victor! Fix the Sun are the band for you. After listening to this, I’m sure you’ll find you LIKE these guys as much as I do. - Pope JTE

((( Headbang Here ))) said…
Ya know, it's cool because these cats are on Friction Records, which is a pretty legit label that literally is based outta where I live, Grand Rapids, MI. Cool a Ripple dude from Cali got his hands on it.
January 19, 2010 at 7:31 PM

Anonymous said…
They're from Traverse City, Michigan. I worked with Ryan and Krause at Bubba's restaurant. They are, hands down, the coolest mother fuckers you'll ever meet.
June 13, 2011 at 8:33 PM