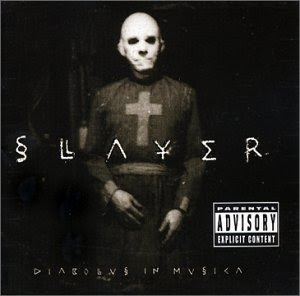 Woody inspired me with his review of the new Slayer album, and though it didn’t excite me the same way it did Woody, it still made me think that I, well . . . all of us at Ripple, owe Slayer a debt of gratitude. It was the music of Slayer, after all, that reaffirmed my love for all things metal and compelled me to approach Racer, way back in the day, and propose doing a music review fan zine. Much like our brother, Woody, I’ve been listening to Slayer since I was a wee lad . . . Haunting the Chapel was the first bit I heard from these guys. I remember sitting in a recliner as the neighborhood toughie that all us kids really wanted to be like dropped the needle on the record and I heard Tom Araya screaming out lyrics about the holy cross being the symbol of lies and crucifying the lives of Christian born. On one side, I completely freaked. Never had I heard such blasphemous words spoken. Then the other half reared its ugly head and I ran home, tore all of my Motley Crue pictures from my bedroom wall, and discovered the world of extreme metal.


Now, extreme metal is my sound of choice. It’s not an uncommon site to find me brandishing my battle axe to the subtle sounds of Bolt Thrower, or scrapping the barnacles from the hull of my Viking ship to the warring chants of Amon Amarth, or trekking through the barren deserts of Egypt to the haunting throes of Nile. But none of these scenarios would be possible without the diabolical devastation brought forth by Slayer. The band has become an institution. Hell Awaits opened the gates. Reign in Blood instantly became a classic. Seasons in the Abyss made them legends. Diabolus in Musica . . . did I just hear a needle go tragically scratching across the face of some vinyl? Yes, Diabolus in Musica is the Slayer album that reaffirmed to me that the band was still vital to heavy metal. I’m sure the die-hard Slayer fans never felt that they lost a step, but y’see, I did. I began to lose interest in the band around the time of Seasons because I started to feel that they’d been there and done that. Diabolus changed that for me.

I remember that I was immediately sold on this one when the band breaks into the opening track, “Bitter Peace.” The tune kicks off with a huge intro, very reminiscent of the Slayer I grew up with . . . heavy, intricate, ominous . . . all wrapped up into one bubbling and bristling ball of energy. Once that intro rolls away at the wrists of Paul Bostaph, the riff that blasts through the speakers takes me back, way back, to the time I first heard “Angel of Death.” It was as if I was hearing Slayer for the first time. It sounded fresh, while retaining that element of familiarity. Then, the absolute high speed chaos assails the senses. Notes played at the speed of light, bass and snare drums popping and snapping, Tom Araya’s sinister vocals penetrating through the musical din, all conveying a crystal clear message that war is more than the television programs most Americans are used to watching. What I found most compelling about this track was how the band used dynamic shifts in tempo to drive this nitroglycerin truck through a block wall. They slow down the tempo at just the right time for maximum effect, and if that groove doesn’t get the body swaying in time, then there’s just no hope for the masses.

“Love to Hate” gave me new found respect for Slayer. Jeff Hanneman penned a dandy with this one as he incorporates some great elements that takes the traditional Slayer sound and adds some new wrinkles. Yeah, it’s still heavier than all get out, but what makes this track stand out is the up strokes on the guitar strings, creating an eerie, higher pitched shimmer that contrasts with the imposing low end groove. This little effect gives the song so much more character than if they had just plowed through the tune in their standard get-the-fuck-out-of-the-way approach. Also, check out the little break they throw in during the second verse. It kind of comes out of nowhere and harkens back to the classic creepy Slayer sound, but again, a nice dynamic shift that keeps the song from being pedantic. The groove to “Love to Hate” is powerful, just showing that this band doesn’t need to kick down 280bpm to deliver a hearty ass kicking. 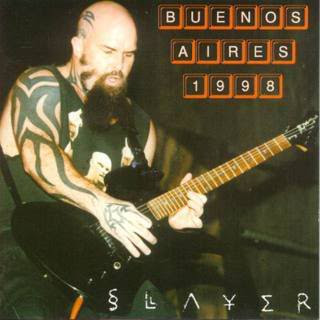 Every song gets me moving on this album . . . “Stain of Mind,” “Perversions of Pain,” “In the Name of God,” all solid songs that encompass the Slayer attitude and sound. But it’s the album closer, “Point,” that acts as the cherry on top of this sundae, bloody sundae. Musically, much like the rest of the album, the band throw in some fresh ideas that help make the Slayer sound less one dimensional. Some Slayer fans don’t want that . . . I get it. But it’s my band, too, and I want to hear a little more diversity. Check out the killer riff at the thirty second mark . . . brutally heavy! Then, it’s all about the chaos of double bass drums and uber-fast drums beats, guitar riffs, and lyrics that depict more horrifying images of war. It’s actually the lyrics that captured my attention the most with this one as they vibrantly describe the fear of war, not just that there’s bloodshed and body counts, but the actual psychological trauma of coming under fire and having to face one’s own mortality. At one point, I can see with my mind’s eye, dew drops forming on the leaves of trees in a rain forest somewhere in Southeast Asia . . . movement in the foliage and feeling the eyes of the enemy on me . . . the soft squishing of my boots in the mud and the persistent buzz of mosquitoes in my ear . . . oh, that was a bullet whizzing by my head? Shit. I’m dead.

No doubt about it. Slayer is one of the finest metal bands of all time because they capture so many different elements in their music. There’s the speed, there’s the heaviness, there’s the creativity and vision, there’s the imagery and intelligence of the lyrical conveyance, and there’s the attitude. I read recently that Kerry King wasn’t a fan of this album because they were doing weird things in the music, but those are the exact reasons that this album is so important to me. Innovative ideas and approaches to playing made Slayer relevant again. My imagination and emotions were lit on fire for a second time in my life. I’ve heard some Slayer fans vilify this album, but they never explained why. I don’t hear it. I hear a band that has that same punk rock attitude and brutal metallic energy that they always had . . . they just created interesting nuances that will forever make Diabolus in Musica my favorite Slayer album . . . next to Reign in Blood, of course. - Pope JTE

Nice one, Pope! This is definitely an overlooked gem in Slayer's catalog. And they were awesome on this tour. SLAYER!!

Thanks Woody! Funny thing is that after I wrote it, I found tons of comments all over the web about people hating on this disc. Honestly don't know where that's coming from, but whatever. They don't like this album, that's their problem.

Have you ever heard Henry Rollins talk about listening to this album in his car? One of the funniest bits out there. I'll see if I can forward something on it!

I dug this one out of my external drive and gave it another chance - hadn't heard it in years - and ya know, ... it's a pretty decent Slayer album. It may not be a masterpiece like Reign in Blood or South of Heaven, but it's still a pretty damn fine burst of metal to my ears.

I've ALWAYS loved this album. I got it within a week of it's release...and have never had any regrets about it's music.

This is just an outstanding album! I picked it up shortly after it's release and loved it from day one. Paul Bostaph just absolutely kills on this one.