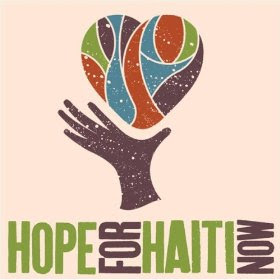 Don't know how many of you waveriders saw it live, but Hope for Haiti Now was a moving, respectfully done benefit show, that for the most part (more on that later) beautifully put the cause before the music, while still delivering some stunning musical performances.

Not being big fans of these sorts of shows, where artists get all "touchy and concerned" while in reality looking to do little more than boost their own careers, Hope For Haiti Now was a pleasant surprise.  From the somber, reverential format of the performances, devoid of any applause or showboating, to the seamless production of orchestrating multiple performances from many different cities, interlaced with truly moving actor monologues on the suffering and devastation in the country, Hope For Haiti Now was a clear step above the normal Hollywood benefit drivel.  By all measures it was a beautiful, heart-felt, somber success.

As a music site, we're more concerned with the actual musical performances than the names of the stars performing, but almost to a "T" the stars didn't let us down.  Justin Timberlake and Charlie Sexton's breathless performance of "Hallelujah" was without a doubt one of the show's most heartwrenching, stellar moments, as were Coldplay's "Message 2010," and the very ragged Bruce Springsteen "We Shall Overcome."  Mary J. Blige gave an inspired performance of  "Hard Times Come Again No More," and Stevie Wonder's version of  "Bridge Over Troubled Water," was immaculate, as was Beyonce's stripped down "Halo."   Sheryl Crow with Kid Rock and Keith Urban doing "Lean On Me," was near perfect, and Taylor Swift demonstrated why she's a rising star with "Breathless," showing class and maturity way beyond her years.


In fact, the entire show was one of amazing, dignified class, with only one glaring exception.  Rihanna clearly never got the memo that the show was about shinning a light on a suffering nation, as she proceeded to do everything she could to draw the world's attention to herself; from her glaring, way-too-short-and-totally-inappropriate dress to her massive gold hoop earings and horrible stage posturing.  Even Bono clearly felt uncomfortable with her next to him, often trying desperately to reach out and find a moment's humanity inside her, to no success.  Fortunately, this embarrassment will be lost with the download of the song, as there will be no video.

It is a sign of what the new form of music distribution can do that the performances from Friday night's Hope For Haiti Now concert could be purchased on line the next day.  The digital-only album has all 19 performances from the benefit along with a studio version of  "Stranded."   The entire show can be purchased on iTunes or Amazon for the amazingly low price of $7.99, with proceeds going to the Haiti relief charities.  As a charitable act, it's almost impossible to justify not buying this album, but as a music lover, you'll find much here to love and treasure, reflect upon and cherish.