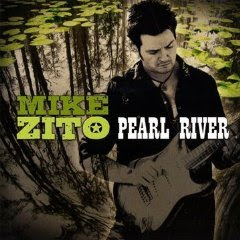 The Delta blues are harmonica and guitar based -  best exemplified by Robert Johnson.  As the blues

moved north up the Mississippi River to St. Louis piano was added, as in the works of Lonnie Johnson and Roosevelt Sykes.  Once the blues hit Chicago guitars and bass were amplified and drums were added.

Back down in Texas the blues integrated a little swing and two-step and became lead-guitar based as in the music of Freddie King and Stevie Ray Vaughan..  On the West Coast the blues mingled with jump and jazz rhythms. Jazz chords – notably 9th’s, major 7th’s, 11th’s and 13th’s  were added and,  more often than not, the harmonica was replaced by horns.  Great examples of the West Coast Blues style are Etta James and T-Bone Walker.

So what is the new album Pearl River by Mike Zito? When I received the album I knew nothing about Zito. Before I  played it I searched the web to see what I was likely to hear.  I checked out his biography at www.mikezito.com.  An excellent John Hiatt-esq country/rock song “One Step At A Time,” that appears on the Pearl River album, played automatically as I perused Mike Zito’s bio page. 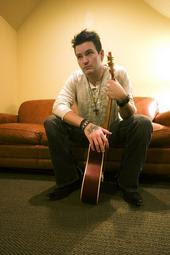 So after my bio review here is what I thought I knew.  Zito can play a country rock song and was raised in the St. Louis blues scene of the 70’s and 80’s . He now lives in Southeast Texas and, on Pearl River plays with country rock and pop sidemen in an album produced by Chicago and West Coast Blues producers.  So I thought Zito must be a transplanted country rock singer who found religion after being an addict. I was wrong.

I turned on the album . It commences with the song “Dirty Blonde” – a rockin’ jump blues number written by Zito.  Zito’s guitar absolutely wails!  I thought, hmmm. Southeast Texas must be good for him.  On the opening track his guitar merges Texas blues licks with a West Coast style of jump blues. Next up is the title song “Pearl River”, co-written with Cyril Neville of the Neville Brothers.  It turns out to be a slow-burning blues rocker with guitar work reminiscent of that of Mick Ralphs of Bad Company.  The tune “Big Mouth” follows,  a funky Zito-written blues that merges Chicago, Texas and West Coast styles with a guitar hook worthy of Stevie Ray. Then comes “Change My Ways” which evokes the style of the three Kings - B.B., Albert and Freddie. Zito follows up with the real traditional take, “Eyesight To The Blind” a classic Sonny Boy Williamson’ Chicago honky-tonk number  that Zito covers with guitar, harmonica, piano, electric bass and drums.

There is one song that sounds a bit of character for the album although it is mournfully beautiful. “One Step At A Time” is a country folk ballad that appears to be Zito’s personal homage to his recovery from drugs and alcohol addiction.

Zito’s “39 Days” returns to the rock-blues style of the title song. His St. Louis background seeps through in the honky tonk blues song “Shoes Blues” which is followed by the least accessible song on the album, a dirge-like “The Dead Of Night.” Zito covers Chicago blues songwriter Mel London’s song ‘Sugar Sweet” and follows it with Texas blues in “Natural Born Lover” into which he embeds Kenny Wayne Shepherd and Stevie Ray Vaughan-like  guitar licks and slide guitar..

Pearl River's not a country rock blues album, although there are a few cuts that could fall within that category.  It is a blues synthesis album of the first order,  Zito has successfully integrated Delta, St. Louis, Chicago, Texas and West Coast blues styles to form a coherent whole.

You should listen in. Mike Zito is a name to watch.