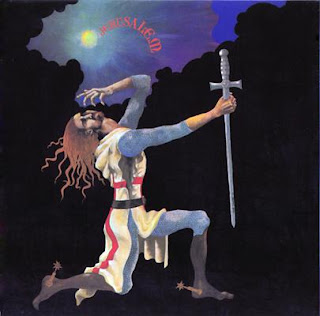 It’s easy to see why Ian Gillan was inspired to work with this ragged and raw, incendiary gang. At their best, they managed the compelling riff-mania of Purple, fused with some serious blues licks and the pulverizing heaviness of Sabbath. But on further listen, there’s something else to the band, something much more sinister and malevolent than that simple description puts forth. Yes, Sabbathy, doom-laden riffs abound, but whereas Sabbath played their game like a B-rated horror movie from the House of Hammer come to life, Jerusalem infuse their death-blues with a true sense of the ominous. Fired by the ragged-endothelial celled larynx of Lynden Williams, and I.V. fed with a hefty does of fuzz and spit, there’s something intensely subversive lurking under the at-first-glance straight ahead protometal on this disc.

Produced by Gillan with a brief intro by the Purple man himself -- where he said, "not many bands really excite me. But this one's so raw and completely unpretentious"-- it’s still shocking to this day that Jerusalem didn’t follow in the footpath of their benefactor. Heavy, bluesy, yet melodic, memorable hooks combined with inventive song structures, inspired playing and the gutsy neo-Nazareth vocals, all the components seemed to be there for a long run of success. But is wasn’t meant to be. After this one platter, the band departed into the murky halls of rock and roll’s past.

Thankfully, Rockadrome (as they so often seem to do) weren’t content to let this mini-masterpiece of angst-protometal drift away. Lovingly remastered with the aid of original bass player, Paul Dean, Jerusalem has once again been given the room to spread it’s dark and ugly wings, unleashing a sonic force of near-crazed, ploddingly heavy proto-doom onto a once again unsuspecting world. 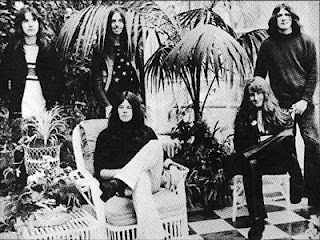 In many ways, Jerusalem were entirely of their time. As each song unfolds, all that is fantastic about the protometal period is revealed in stunning clarity. The mutation of blues based rock, a la Cream, into it’s much angrier, disenchanted brother. The dying twinges of psychedelia’s optimism bleeding into an ugly and snarling beast, bleeding and drooling from it’s gaping, tooth-filled maw. Traces of fuzz and wah fighting to survive amongst the downtuned bass and the pummeling low end of the drum kit. But again, listen hard and you’ll find something more. At times, I swear you can hear the amped up, stuttering attack of early Stooges. In the lyrics, hints of horror movie purple prose are replaced with the serious darkness of a funeral epitaph. In other words, Jerusalem were the real deal. What ever it was they were feeling, it was dark and consuming, and needed to be released like the beast mentioned above.

Songs like “She Came Like a Bat from Hell,” and “Midnight Steamer,” pound with a funky, staggering oppressiveness. “Murderer’s Lament,” positively punishes with its discordant attack, stop-start drumming, and descent into a darkened, cold and haunting prison. “Frustration,” brims with protometal energy with it’s fuzzed out rumbling riff and massively mutated blues structure. Throughout, the guitars are a stunning assault, a textbook of early protometal ferocity, while Williams’ vocals, always on the brink of their last functioning cell, add a frenzied, near psychotic velocity to the air.

“Hooded Eagle,” descends into massive Sabbathisms, rumbling and destroying everything in it’s path like a marauding army descending upon a defenseless Saxon camp. “Beyond the Grave,” teases with a jaunty, lute-like intro before laying waste to small villages with a two-pronged, Ozzy-inspired assault of early-Sabbath intensity. And when I mean cloak-laden darkness, I mean it. “Someday we shall meet again/Death is only a minutes pain” Williams spits out, fully convincing in his intent. But perhaps the albums greatest/darkest, most sinister moment is the magna-opus to fuzzed out heaviness that is “Primitive Man.” Williams is barely able to hold his voice together for the entire length of this massive death dirge of pummeling intensity. This has to be the grand epic of heavy, stoner doom for its time. Not one to be missed for the inclined. 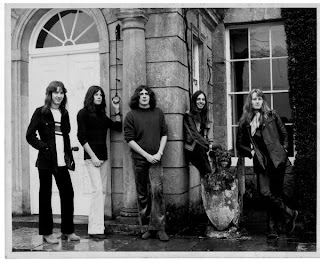 But light does emerge from the vast cloak of darkness. Don’t go looking for it in the inappropriately titled “I See the Light,” which drips out of the speakers at funeral procession pace, sounding much more like a crazed man’s moment of complete loss of sanity than a moment of optimism. No, the light peeks through during “When the Wolf Sits,” which denies none of its blackened heritage, but is graced with a meaty, twisted blues riff and melody that would’ve made Nazareth proud. A true toe-tapping, sing along moment amongst the punishing wave of despair.

Rightly so, Jerusalem is hailed as one of the lost hallmark albums of protometal, easily held in the same high regard as Leafhound or Pentagram. In truth, the album is deserving of that praise and so much more. Like the recently Rockadrome resurrection of Iron Claw, Jerusalem produced some of the heaviest, darkest, most punishingly heavy and doom-laden metal to be unleashed during those halcyon days. And they were way ahead of their time. If anything, the album still sounds stunningly frightening today and I can only imagine how it must have terrified the public back then.

A true classic, and deservedly so.

www.rockadrome.com
Posted by The Ripple Effect at 12:07 AM

YEAH! I've been meaning to pick this one up to review, but you beat me too it. Nice one, Racer.

Many thanks for the great review, very much appreciated. It's people like you who make it all worthwhile
All the best, Cheers Paul Dean & Jerusalem Rock Band

A classic for sure, but the drumming, quite frankly, sucks.

For some reason, your comment cracked me up this morning!

Thanks for hanging with us at the Ripple, man. Stay tuned!

I've got an original pressing of this. My dad's ex-girlfriend worked as a music writer for a newspaper and gave him it once she'd reviewed it. He passed it onto me, checking on discogs it has sold for £400 before!