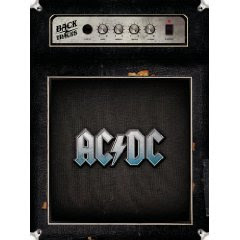 This was one of the easiest reviews I ever had to write. If you’re an AC/DC fan, you need this. If you’re not, that’s fine too. More fun for the rest of us. This 3 disc set contains 1 CD of studio rarities, 1 CD of live rarities and a DVD of videos that didn’t make the Family Jewels compilation from 2005.

Disc one contains all the rare Bon Scott era songs that fans have been wanting for years. Why they were not included in the Bonfire box set or as bonus tracks when the catalog was reissued by Sony in 2003 is anyone’s guess. There’s nothing shocking or incredible, but anything from the Bon Scott era is always welcome. The first few AC/DC albums had different track listings than the ones that came out in the UK and eventually America so fans have often been confused by imports. “Stick Around” and “Love Song” are both from the Australian version of High Voltage that was originally released in 1975. “Love Song” is the only shocker on this collection. It’s an actual love song! It’s slow and everything. “Fling Thing” was the b-side of “Jailbreak” in 1976. 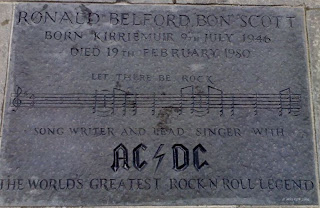 “R.I.P. (Rock In Peace)” was on the Australian Dirty Deeds and is surprisingly not on Bon’s tombstone. “Carry Me Home” is probably the best of the Bon tracks collected here. It was the b-side to “Dog Eat Dog” and has a hilarious monologue from Bon about being too drunk to get home. Unfortunately it turned out to be true one too many times. “Crabsody In Blue” was originally on Let There Be Rock but was replaced by “Problem Child” in the world outside Australia. Another great song is “Cold Hearted Man” from the Powerage era. This was released as the b-side to “Rock N Roll Damnation” and then forgotten about. The rest of disc 1 is made up of b-sides from the Brian Johnson era. They’re all fine songs that wouldn’t sound out of place on some of the less exciting AC/DC albums of the late 80’s.

Somewhere in the vaults is a version of a song called “I’m A Rebel” that was written by Angus and Malcolm’s brother Alex Young. Bon was apparently very drunk when it was recorded in Germany 1976 and it was never released. When Alex passed away he requested in his will that the recording not be issued. It’s unclear if the backing band was actually AC/DC or Accept. The song later turned up in 1980 on Accept’s second album.

Fans will cream over the live recordings on disc 2, especially the live version of “Dirty Deeds Done Dirt Cheap” from 1977. “Dog Eat Dog” comes from the same 1978 show in Glasgow that most of their live If You Want Blood… album came from. There’s also killer live versions of “Back In Black” and “T.N.T.” from 1981’s For Those About To Rock tour. Flick Of The Switch has always been a fan favorite album and there are 4 songs from that 1983 tour including a high energy take of “This House Is On Fire.” The live version of “For Those About To Rock (We Salute You)” was recorded in Moscow in 1991. The local police must have freaked when they turned the cannons loose on the crowd. LOUD! 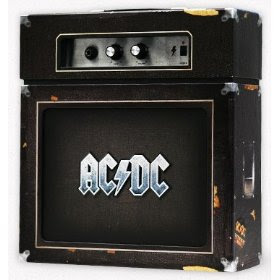 The DVD is comprised of commercially released videos for songs like “Big Gun” and “Stiff Upper Lip” from the 1990’s, but there are some nice extras for hardcore fans like the “Jailbreak” video with Bon. Not much in terms of extras, though.

Like I said before, most of the music should have been released before, but it’s getting close to the holidays and few people are going to complain if they get this stuffed in their stocking. If you’re feeling really generous to yourself or loved one, check out the $239 deluxe version that comes with all of the above plus a LP, another DVD, 164 page hardcover book and working amplifier! --Woody