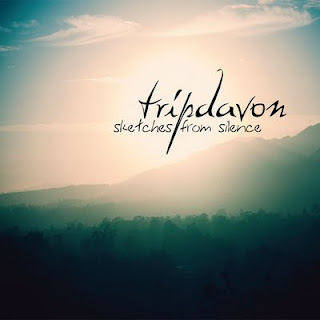 The other day, I sat in front of my television, with my 90 pound hound manically chewing his squeeze toy by my side, and fired up my now ancient version of NHL 2001 for the original Playstation. I’m old school that way and use the game system as a way to exorcise some demons . . . to clear the head so that I can get back into writing about music. With ear buds firmly placed in my ears, I launched into a heated contest of my beloved L.A. Kings and the much hated Calgary Flames. The opening strains of Tripdavon’s album Sketches From Silence rattled around in my skull at a volume more apt to be found in a festival setting and being so transfixed with the soaring melodies, beautiful instrumentation, and heart wrenching emotion of the music, I let my team defense lapse and two early goals went past my netminder.
I’m sure I could go and get some background information on the band from their MySpace page or something, but right now and no offense to the band, I don’t care who these guys are. I’m all about this fantastic collection of incredibly emotive songs! The songs that make up Sketches From Silence are blues based rockers with great elements of melody and just enough metallic crunch to give them heft and an air of significance. Imagine, if you will, the artful melodies of The Beatles mixed with the working class edge of a band like Lynyrd Skynyrd. Songs that are instantly recognizable and emotionally gritty at the same time. Songs performed by musicians who, though exceptionally talented and proficient at their instruments, hang back and add textures . . . flavors . . . panache . . . all at the right times for the benefit of the songs. And, on top of all of that, no two songs sound like they’re cut from the same sheet music. Each track has its own individual feeling and vibe, but Tripdavon does a great job of creating enough consistency within the production to allow us to hear the distinctiveness of each song. The songs are just multiple images of who this band are . . . kinda’ like we’re walking through a carnival hall of mirrors and seeing the band from a variety of different angles. 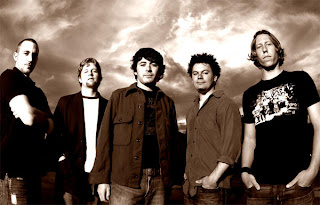 I fault the opening track, “Annalise,” for distracting me from my gaming duties, but for God’s sake! Listen to the guitar melodies as they dance around the tight ass rhythm section and the bass sustaining those notes with the slight slide up the neck at the end of the measure. The subdued vocals enter the mix, coming across like a tortured artist baring his soul, pleading for his love to return to him. And, just as you’re beginning to buy into this singer’s pain, the song explodes into a chorus filled with, if possible, even more tortured vocals and a melody that tugs at the heart strings. This is an impeccably written and performed song. The composition isn’t your typical verse/chorus/verse/chorus. Tripdavon work in great pieces of music to this composition by adding subtle accents of distorted guitar to accompany the rhythms as well as provide meandering lines of melody; a change up in the formula by including a bridge where I never expected to see a chasm, some clean guitar tones for extra texture, and the elegantly mournful bass runs at the break. All special nuances that provide for continued listening pleasure. “Annalise” is the absolute perfect track to open the album because it offer the listener everything that they could possibly need to grab the attention and compel them to continue listening.
Where “Annalise” is has an upbeat tempo, Tripdavon bring us something a bit more moody and haunting with “This Is Life.” This song is as captivating as it gets. Great melodies woven into the fabric of the composition, uplifting lyrics, and that interstellar musicianship make this song one of my favorites from the album. Opening with a quiet guitar passage, “This Is Life” builds upon itself, note after note, measure after measure, to ultimately become a behemoth of emotional sound. The vocals, so warm, tell a tale of the pleasures and pain of living life, and the lyrics work so damn well with the moodiness of the music. Though, truth be told, the melody and structure are frighteningly reminiscent of “Delivered” from Renegade Saints and like “Delivered,” “This Is Life” captivates the imagination with images of introspective seclusion and emotions scraped raw from life experience. The dynamics to this song are unprecedented and I love when these guys drop all the music down to just the bass, drums, and understated clean guitars after huge walls of open and distorted chords. 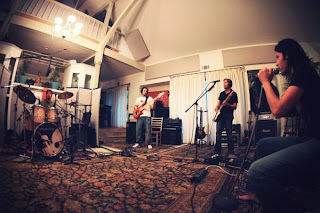 “Don’t Leave Without Me” is laced with Beatles-esque melodies and vocal harmonies. Driven by an acoustic guitar softly strumming the rhythm and huge, snapping drums cracking out the beat, this song is another heart wrenching epic, and if you listen close enough, George Harrison is sprinkling his spiritual essence in the bands drinking water. You’re gonna’ have to listen to this track a few times to pick out all of the colorful musical elements that these guys incorporate in their music. “By the River” is a southern groover filled with muddy guitars that reflect the muddy waters of the southern deltas. Fat slide guitars open the track and the vocals burst with sandpaper grit while never sacrificing melody and warmth. There’s a big time blues influence breaking through on this song, making “By the River” another great example of this bands diverse songwriting skill. And, to highlight that songwriting point one more time, “Hold the Line” draws from a place of new age mysticism, laying down ethereal shimmering layers of guitars over a heavy bass drone and a steady as Bonham drum beat. The whole song has a psychedelic vibe to it and it simply works wonders on the mind. Note the musicianship at the break. All the players do their own thing, and it all comes together perfectly.
Sketches From Silence is the bands third full length release, which tells me that Tripdavon have been at this long enough to have learned from past mistakes. And, from what I hear, it shows. This music is complex, especially from an arrangement standpoint, and that can only come from years of experience. But don’t think that because the music is complex that it’s inaccessible. Quite the contrary with these guys, really. Sketches From Silence may be one of the most accessible albums that I’ve ever heard, mainly because the melodies are so infectious, but they’re not those sickly sweet melodies that cater to the kids. Tripdavon capture the classic elements of great songwriting by including melodies that are intelligent and add an edge of danger to the tones, instruments, and performances to make this disc a must listen. They also tackle a couple of cover songs that I admittedly raised an eyebrow at. First is the Beatles classic, “Eleanor Rigby,” the second being the old jazz standard, “St. James Infirmary.” I say I raised an eyebrow at these because of the timelessness of the material, and there are just some songs that are sacred and shouldn’t be mucked with. After listening to Tripdavon’s take on both of these tracks, I’d probably be okay if they came to us with a cover of “Stairway to Heaven.” They didn’t reinvent the songs, but they applied just enough of their own style to the songs to make them sound fresh. Guys! Kudos to you. Sorry it’s taken so long to “discover” you!
Oh, and for those truly interested, I captained my L.A. Kings team through a hard fought battle and a 23 – 9 victory. - Pope JTE