A Ripple Road Trip - Jams to Beat the Traffic Jam

I love driving on the open road. Convertible top down. Wind blowing through my hair . . .er . . . scalp. Whatever. Wind blowing against me, chilling my skin, making me feel alive.

With that in mind, I think you can agree that the antithesis of the joyful, freedom abandon of the open road, is being stuck in traffic. And I mean, bumper-to-bumper, flipping-off-the-jerk-who-just-cut-me-off, traffic.

So with that thought, today in the Ripple player, I'm only spinning discs that can make anytime on the road a little more joyful and fun. No agro metal or discordant punk this time. Just sunshiney, smiling, happy times to make the road ahead fade away to a memory. 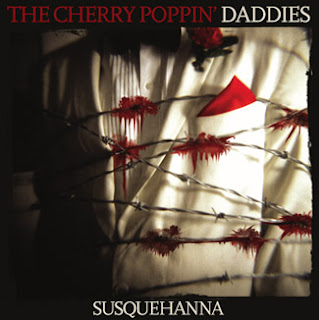 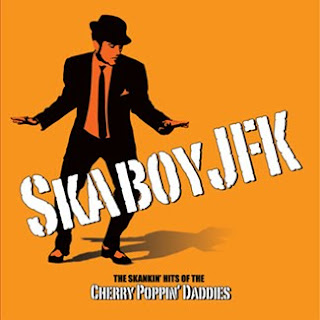 It seems like only yesterday, but it was way back in 1998 that the Cherry Poppin' Daddies took the nation by surprise and by storm with the release of Zoot Suit Riot, and it's beyond-infectious title track. Then, ushering in the sensation that became the New Swing Movement, it seemed the CPD's could do no wrong. But in truth, all was not what it seemed. You see, CPD never really were a swing band like Big Bad Voodoo Daddy, Royal Crown Revue, or my personal favorites, The Alien Fashion Show. In their hearts, they were a punk band, loaded up with lots of ska, a hint of jazz, a smattering of swing, and a good shot glass full of rock and roll. Never completely comfortable with the New Swing tag, on this, their first new album in years, the CPD's abandon most of the swing sound (with the exception of "Wingtips") instead favoring a blast of Latin-tinged, ska punk and roll.

If you're a fan of the CPD's earlier efforts like Ferociously Stoned, you'll find lots to love here. "Bust Out," throws in big Spanish horns and flamenco guitar to their south-of-the-border ska rave-up. "Hi and Lo," is a pure Mighty Mighty Bosstones retro-blast of ska punk, with more accent on the melodies than the punk. Toss in a winner of a chorus and this one's a brain-sticker. "White Trash Toodle oo," heaps a pile of big time swing tom tom drums, spiky horns, and scatting guitar into it's nitro-fueled attack. Meanwhile, the previously mentioned "Wingtips," dips back into the straight from the past, swing catalog for a mid-tempo tour through a moment of bop. Also don't miss the smooth and sultry, slinky and slightly dangerous, underground brothel, jazz blitz that is "The Mongoose and The Snake," with a dynamite gangland group choral bit. Nothing serious and heavy, just a fun time had by all.

"Hi and Lo," and another ska skanker "Hammerblow," also make the transisition to JFK, which, as the name says, is a collection of some of CPD's more ska flavored tunes, with four new one's tossed in. "Skaboy JFK" starts off like some long lost Specials outtake, all skanky and horns-a-tooty. The rest of the collection varies from the mellower, cool-as-nails, mid-tempo, quasi-reggae groove of "Soul Cadillac", to the amps-turned-up-to 11 punk piano pounding of "Sockable Face Club." The one that caught my ear the most (besides "Hi and Lo") was the bursting at the seams amped up ska of "Don Quixote." In truth, not every song between these two discs works to perfection, it's hard not so smile while that baby's blasting out of the speakers and the Ghia's bouncing down the street. 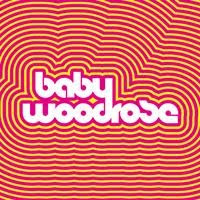 Any one who knows me, knows that one way to get me happy in the midst of a monster of a traffic jam is to drop some thing raw and garagey into the player, crank up the volume and watch me become one with the fuzz. That's exactly what Baby Woodrose does on this retro-psychedelic, leaked-from-underneath-the-oil-can, blast of pure garage pop bliss. Baby Woodrose is the creation of Lorenzo Woodrose, a cat who played and recorded all the instruments himself over a six month period locked away in the studio. And let me tell you, if you're a fan of fuzzed-up, psyched-out, garagepunk from the sixties, you may have just found your new messiah.

"Fortune Teller," leads us off with a moment of pure retro-garage-thrash pop perfection, like some wild Blue Magoos tune filtered through the Seeds. Bringing on a crazy guitar tone, especially for the maximally-fuzzed solo, soulful and deliciously raw singing, and some juicy female backing vocals filling out the stick-in-your-head-like-bubblegum chorus, and we've got ourselves some pure garage-psych nirvana. "Take it," channels all the best of the early-Kinks
riffs and brings them screaming back to the modern day. Literally. The screams starting the song add the perfect hint of pure juvenile abandon to the affair. Again, what makes the song is the melody and the massive fish hook of a chorus. Lorenzo Woodrose really knows his way around a melody and his craft as the hauntingly beautiful ballad "Open Up Your Heart," and the neo-epic "Countdown to a Breakdown," show. Combining some somber reflections of the early-sixties harmony masters, like the Mamas and the Papas, "Countdown to Breakdown," is just about as glorious and mysteriously gorgeous a garage ballad as you'll ever hear.

I don't have enough accolades for this album. So here's the bottom line: if you love retro-sixties, psychedelic-boiled garage rock, go find this one. You'll thank me later. 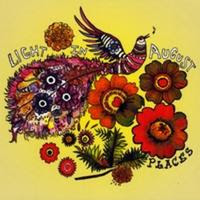 Forget the band's name, this disc really should be called Light in November, or rather Light at Anytime You Might Need It. Truthfully, it's rare that I come across a disc that is so full of hope and musical smiles without being sappy or overly pollyanna. Light in August record gentle, spiritually-hopeful pop music that is literally like a huge dollop of aural sunshine. Each song lilts and shines like the newly born morning sun, brimming with joy and the promise of the new day.

"Krishna Consciousness," follows the gentle strains of sitars into a near, stream of consciousness, melody to spiritual birth. If all that sounds heavy, trust me, it's not. It's as light and bountiful as the sunlight that filters through each delicate note. For no good reason, the song reminds me of Dream Academy, and their long-lost hit "Life in a Northern Town." Not that they really sound that much alike, but the lightness of both, the gentle vision of both is similar. "Out of Reach," brings on some beautiful acoustic guitar and some glorious female harmony vocals to create a sugary confection of floating, levitating pop. An absolutely gorgeous song. "Pacific Coast" adds just enough hardness to the intro guitar tone to avoid the album from becoming repetitive, before it launches off into it's own kaleidoscopic world of shimmering pop.

Places is an album of ethereal, incense-laced beauty and harmony. From now on, I'm going to call it "shimmering hippy pop." Forget this album being the antidote to a bad day in traffic, if the entire world listened to this album, all at the same time, we just might reach the state of bliss. I guarantee you, wars would stop, the hungry would be fed. Nirvana couldn't be far behind.

www.lightinaugustmusic.com/
Posted by The Ripple Effect at 12:12 AM