Ripple News - Buffalo Is Gone - The Passing of Norton Buffalo 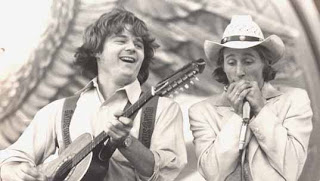 It was 1976 when the Steve Miller Band played the Santa Monica Civic Auditorium on the Fly Like An Eagle tour. A thin-framed, long-haired apparition, with no discernible instrument, stepped to the forefront, pulled out a mouth harp and blew a hypnotic soulful rendition of "Mercury Blues." It wasn’t Steve Miller that hooked me on the Steve Miller Band – it was Norton Buffalo. Steve Miller called him his “Partner in Harmony.”

Buffalo’s talent was bigger than one band, even though he remained a Steve Miller Band member for 33 years. He was one of the foundations of rock, blues country, folk and Hawaiian harmonica – every bit as good as, and maybe even better than, Charlie Musselwhite and J. Geils Band’s Magic Dick. Norton Buffalo played on over 180 albums with such greats as Bonnie Raitt, Kenny Loggins, The Doobie Brothers, The Marshall Tucker Band, Johnny Cash, Kate Wolf, Commander Cody And His Lost Planet Airmen, David Grisman, Bob Welch, Juice Newton, Judy Collins, New Riders Of The Purple Sage, Ramblin’ Jack Elliott, Maria Muldaur, Elvin Bishop, his long time duet partner bluesman Roy Rogers and Hawaiian slack key guitar virtuoso George Kahumoku, Jr. At the very least you probably heard him blow on the Doobie Brothers Grammy award winning LP Minute By Minute or saw him act in Bette Midler’s thinly-veiled Janis Joplin biopic The Rose. The Grateful Dead also frequently played his song "There Ain’t No Bread In The Breadbox." His music and style defy genre classification.

In 1987, an up and coming harmonica player confronted Buffalo after a concert at Harrah’s in Reno as Buffalo was relaxing at a bar after the show. The young musician excitedly said, “Hey Norton, just about every harp lick I know I stole from you." Buffalo responded, "hey man, I tell ya what, I give my licks to you so you don't have to go around say'n you stole 'em from me." Then a smile came over Buffalo’s face and he followed that with, "but if you end up play'n them better than me, well then you stole 'em." 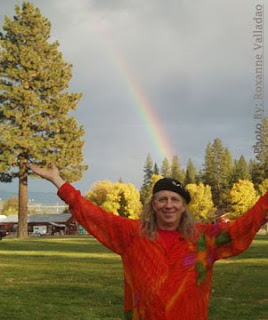 I met Norton four years ago during a free concert at the California Maritime Academy. He had just returned from a tour of China with blues guitarist Roy Rogers at the request of the Smithsonian as part of a cultural music exchange. Neither Roy nor Norton spoke Chinese and had to rely on their Chinese interpreter to advise their audiences of the names of the blues songs they played. According to Norton the interpreter asked for the name of the first tune they were going to play so she could announce it to the audience. Norton told her it was "Shake Your Moneymaker." The interpreter then went on stage and announced the song and was met with raucous boos. Apparently the interpreter had translated "Shake Your Moneymaker" as "Shake Your Capitalist Tool."

The essence of Norton Buffalo can be found in the 1991 Blind Pig Records release of Roy Rogers and Norton Buffalo entitled R&B. It is just Rogers and Buffalo playing unadulterated acoustic rhythm and blues. The arrangements are sparse. You can hear the distilled musicianship of a harmonica great. It is smooth yet haunting, quiet and agitating. From the tongue in cheek lyrics of "That’s The Last Time" to the mournful sorrow of "Tender Heart" you realize there is a fire smoldering just below the surface. It is when the singing stops and Buffalo blows the harp, accompanied by Roy Rogers tasty blues guitar, that you understand this is not just music - it is the angst of Buffalo’s soul poured out in metered rhyme.

On October 30, 2009, at fifty-eight years old, Norton Buffalo died from a cancer that was first diagnosed in September 2009. A memorial tribute benefit concert will be on January 23, 2010 at the Fox Theater in Oakland starring the Steve Miller Band and the Doobie Brothers, with special guests Huey Lewis, George Thorogood, Charlie Musselwhite and Bonnie Raitt.

Goodbye Mr. Buffalo. We will miss you. We hope you have found that peace of mind.