Extended Play Tuesday: Puscifer and Loomis and the Lust 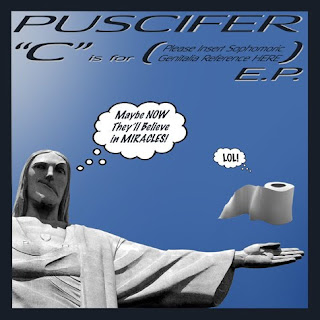 Once upon a time Maynard James Keenan applied his unique vocal stylings to Tool, and Tool alone. Then, he signed on with A Perfect Circle and we all got to hear his voice do something that we weren’t quite used to. Now, our hero is fronting a band called Puscifer and showing even further range to those plaintive pipes, hitting us with a whole new set of emotions that will require us to check ourselves for the nervous breakdown that’s bound the ensue. Put together as a project to quell the chaos in Keenan’s skull, Puscifer is an individual and collaborative quest for greater musical discovery. The sounds, as we’ve come to expect, build with ever mounting tension, but then for the unexpected, the music has a dance floor groove . . . an underlying swing to the whole thing. Industrial jazz with alt-rock moments, perhaps?
Opening track, “Polar Bear,” has a swagger to it, but rather than imagining a 1920’s jazz club, all smoky, sweaty, and sultry, the setting for this track would be a dilapidated warehouse with bare light bulbs flickering in the darkness and pools of water settled across the floor. Wickedly dark, but sexy. The feel carries on with “The Mission,” as the low end groove powers the tune along. The powerful female vocals provided by Milla Jovovich (?) compliment Keenan’s more laid back and passive performance, and the creeped out, goth-y dark imagery continues, almost like we’ve entered some post apocalyptic piano lounge. C is for . . . is a great collection of tunes and doesn’t lack in intensity, even as the music slows down to a more ambient entity on “The Humbling River” and the live version of “Momma Sed.” It’s almost as if the music becomes even heavier and more intense as the tempo and textures shift to the atmospheric. Absolutely addicting and a disc that I’m thrilled beyond belief to have stumbled on, it’s a fantastic “door opener” to the rest of the bands catalog.
www.puscifer.com 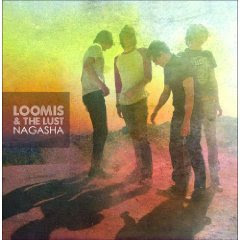 Loomis and The Lust – Nagasha
Loomis and The Lust came out of nowhere to grab my attention with this disc. It’s called Nagasha (as I’m sure you can read in the title) and it flat out moves! These guys play a brand of rock that I’ve never been comfortable categorizing; simply because there’s so much going on and that any categorization would unjustly pigeon hole their sound. Let’s just call it rock n’ roll, for that’s where all of this started. The music is packed with a great mixture of distorted and clean toned guitars, solid drum work and in-the-pocket bass groove, and melodic vocals that steer clear of the whining, sniveling sound that seems to assail the senses from most of the current pop rock bands assailing our senses. They travel a poppy road with a touch of harder edged rock, but by no means veering into the lanes of oncoming metal. Addictively catchy melodies swirl with a light hearted and fun-time attitude while incorporating a variety of musical styles, making Nagasha come across like the soundtrack for summer fun. It’s a sound that we’ve all heard before, the only difference is . . . these guys do really frickin’ well!
“Bright Red Chords” is just fun! As lead vocalist / guitarist, Will Loomis, states that the music is primal and hits his hips before his mind, it immediately becomes apparent that there’s no hidden socio-political message buried in the lyrics. It’s a song all about having fun with music . . . just the way it used to be when we would all gather around the turntable to enjoy the magic of recorded sound. Well . . . us older folk, that is. “Break on Love” suddenly shifts in mood and style, spilling out a fairly ballsy blues-y Stones-esque riff. This tune has some fantastic vocal harmonies, but what gets me with every listen is the break at the midpoint. The song goes from barroom blues to city funk, pushed into movement by some beautiful guitar work. Then there’s “Sweetness.” Man . . . talk about gum on the bottom of your shoe! The song is heavy in melody, has great dynamics, and is a well composed piece. Five songs long, Nagasha is a quick listen, but one that you’ll find yourself coming back to time after time. - Pope JTE
www.myspace.com/loomisandthelust