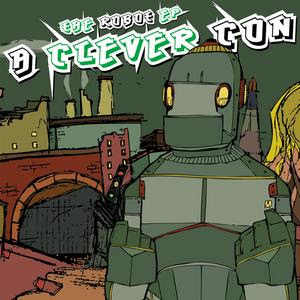 A Clever Con – The Robot EP

It was only last year that we wrote about the frenetic, Incubus-inspired rock/metal/everything else hybrid that was A Clever Con’s debut demo disc. Now the alt-rock crew come racing back with all guitars blazing on their follow-up release, The Robot EP. And if anything, the band sound freshly charged, fully energized, and more focused than ever. While the demo EP hinted at the chops these cats would wield, “Able Danger,” the lead-off cut, makes it all abundantly clear. No three chord power changes here, no simple strumming and picking. On “Able Danger,” the guitars are full-front and nearly manic in intensity. Intricate, powerful, choppy runs thread through the whole song with a speed that belies a human origin. Now, if that sounds off-putting, don’t let it be. Somehow, A Clever Con manage to contain these frenzied arpeggios into the structure of a freaking catchy song, complete with a sing-it-as-soon-as-you-hear-it chorus. Somehow, there’s more melody and passion contained in this post-Incubus blast of rock than you’d hear on a hundred Nickleback albums. Rock and melody. Complexity and structure. My God, are people actually paying attention to songcraft again? Is the day of producer driven drivel really dead?

Well, probably not, but you won’t find A Clever Con running down that path. These cats are as free-spirited as they come, and they have their own muse to follow. “Little Miss Bombshell,” brings on some beautiful acoustic guitar picking and a melody every bit as captivating as Incubus’s “Drive.” Then just when you think you got the vibe of the song pegged, the fabric of your reality tears apart through the middle section of radio station distortion, and keyboard wailing, falling away to an, out-of-nowhere poly-percussive, neo-african rhythmic freakout. I have no idea what they were inhaling when the thought came to them to do this, but whatever it was, give them some more. It’s rare that a song can change itself so quickly, turning on a dime, mutating into an animal of such a different nature.

Then, lest you think the boys have completely lost the plot in a tribal haze, “Work Related Stress,” blasts back with big, chugging guitars, and every stuck-in-a-cubicle–for-eight-hours-a-day, workman’s plea of “Well, kill me poetically/I like to live my life vicariously.” And what constantly surprises me is how they can take so many choppy, seemingly totally non-commercial verses and passages, and some how tame them into a damn fine, cohesive cut. So many times, I think there’s no way something will work, but damn, if it does. Always better, and more melodically than I’d expect. Definitely more melodically than any lesser band could produce.

We won’t detail every song on this 6-track mini-epic, but trust me, plenty more surprised, unexpected turns, sudden roller-coaster rises and falls await. All the way to the final track, the simply, elegantly beautiful “Heroine.” A Clever Con aren’t a band to play it safe. They push and push the boundaries of their compositions and playing, and so far, nothing has pushed back to reveal that they’re anywhere near their limits. 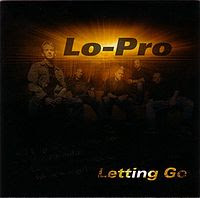 It’s been a long time since we’ve heard from these earnest rockers, having released their last album way back in 2000. Actually, it’s been longer for me since, I’d never heard that disc or the band’s massively popular single “Sunday.” No, to me, the new Letting Go EP was my first experience with the band’s sound, so I had the chance to really dig deep into this disc with open ears. Lo-Pro play a sort of post Alice in Chains style of grunge heavy rock, but laced with an incredibly strong thread of melody and pop songwriting chops. The key to Lo-Pro is their ability to manage both light and dark, heavy and soaring, charging and delicate all within the framework of one song. Guitars sing in floating acoustic passages, searing away to walls of electric power and might. The vocals rise and fall between an impassioned wail and a gentle tenor. But in either case, the emotion feels real, not forced or hackneyed. There’s passion with out a Creed-esque whine.

And perhaps that’s the best point of reference. Songs like “Texas,” play with dynamics, slower passages and full on charging outbursts of rock, but always manages to avoid everything that made Creed’s version of pop rock so annoying. The song is hooky and catchy with out feeling contrived or calculated. Just strong craft. “Hang On,” follows an Alice in Chains, “No Excuses,” vibe to much the same effect of soft and hard. When the guitars come in, they come in hard. Vocals soar through the undeniable hook of the chorus.
Posted by The Ripple Effect at 12:28 AM