A Sunday Conversation with Transubstans Records

October 11, 2009
And now, continuing on in our series of interviews with independent record labels, the madmen who run them and their mad quest to bring us the best music.

Well, I have been releasing records from the early 90's, but Transubstans is the first serious label I run. I started to work at Record Heaven in Sweden back in 1991, and the record store was also ran a label. When I then bought Record Heaven from my previous boss, I closed the old label, and started a new one, as my musical direction was slightly different than the old one was, and I did not want the new to be associated with the old one. So basically, it is good fun, but also very hard work these days, but doing this for the love of the music I suppose.

I have been a friend of 70's hardrock / psych / prog sound since 35 years now, ( was fortunate to have a father who had a very nice & quite big LP collection), so it was natural to release bands who have this direction. But we do release some various types of styles, but all have the common thing that they have 1 foot in the 70's.


Which was your first release?

For Transubstans, it was the 3rd album from the Norwegian band LUCIFER WAS, which I think we did around 5 years ago. The very first release I did was a obscure Swedish hardcore / punk band back in 1991.. 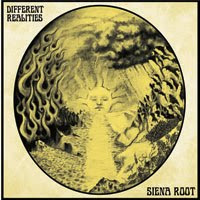 Who's been your biggest selling artist to date?

Well, I do not like to speak in those terms. I like all the albums I release. I would probably turn down a million selling artist because I did not like the music. But the question can be turned around ; "What is your most famous act", and then I would probably say SIENA ROOT, GRAVEYARD, ABRAMIS BRAMA, LUCIFER WAS, FAITH and BURNING SAVIOURS. We re not afraid to release debut albums, so a few bands are getting well known now as well, like FIRST BAND FROM OUTER SPACE, GARGAMEL, GOSTA BERLINGS SAGA, ORESUND SPACE COLLECTIVE etc...


There's so much to learn about running a label, share with us some of the lessons you've learned along the way.

Puh, I suppose a a good advice would be never to be afraid to take chances, and do co-operate as much as you can with other labels, stores & distributors who are into the same style of music as yourself. I never see other labels as competitors, but as a working / future partner. There is always one or another way to help each other out if you are a label / distributor / blogger / musician or whatever it can be.

Well, I can think of a few nice things that happened to us. But maybe most exciting was when SIENA ROOT approached us and asking if we wanted to work with them. It marked, in a way, a level where more etablished bands took contact with us and wanted to work with us. Also great fun was when we were allowed to release the old Swedish album of RAG I RYGGEN, which is one of my favourite albums. But of course, all albums have been high points of our existence. The low point is when DRAHK VON TRIP called it a day, after just 1 album.....

Who would you like to work with, but haven't yet?

Hmmm...I suppose I should mention a favourite band, but there is too many to mention. What we miss most is a good booking promoter who can help out bands out on the road..... 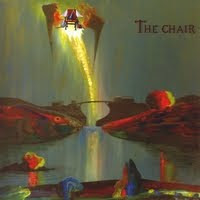 I think there will always be a marked to release small pressings, much like we do, in 500 - 1000 copies, but the music industry is going down slowly. It is not a easy question, as it needs a real long answer to put any aspect in the air. If not it will piss someone off. But the music industry will need much more awareness from both sides. It is a give and take situation, and I am pretty sure there will always be room for good bands and labels.


What are you doing to stay on top of new and emerging technology?

Not really much. I am not a collector of mp3's or streaming, and like to run my label with physical products. I am always very much behind with new websites / services, and still do not have a Facebook account.

Well, that is to understand how I can get people to listen to our bands music of course. The internet is drowning in bands these days, and in someway you have to find a way so the people behind the datasceen get the attention of your release. And if you do not have a million dollar budget, that is hard for sure !

How is most of your product sold? Mail order? Web-based? At shows? Is this changing ?

Since we are one of the longest lived internet stores in Scandinavia, and our reputation is well known, at least in Scandinavia, we sell quite much in our own web-store. But I know our bands do sell good at shows as well + our distributors do a very good work as well with our releases. I think the web-marked with grow even more as it is impossible to buy our releases in most of the stores, at least here in Sweden. 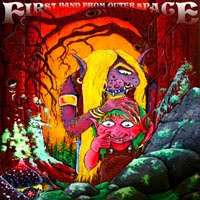 Seems that the sound of the bands you sign keeps evolving. What do you look for in your bands?

Well, it is a absolute must that we like the music. We don't look for particular styles, as we done spacerock, stonerrock, acid folk, psychedelic, progressive, as long as it is underground I am willing to give it a listen + we want to know that the members have both foots on the ground as well. That is very important. I think we are really easy to work with.


How do you find your artists?

They mostly find us these days. It is hopeless to log in on our MySpace site these days, and our advice is to send us a CD-R instead, or a link to our ordinary e mail address. Some bands I seen live and really liked them. Some bands are recommended by other bands on our label. There is no end to the opportunities.


Are you a club rat, constantly searching live venues for cool acts?

Nor really, not these days. A proud father of 2 kids, lives on the country side in a quiet and harmonic way of life. But gigs is always fun to attend, and still go at least 2-3 times a month to some kind of place where there are live music. I think, without that, life would be quite empty.

What would you like to see happen for the future of the music industry and your label in particular ?

Well, I have quite much going on right now. The label of course, we have around 15 releases to work on, BLOWBACK, GRAVIATORS, FIRST BAND FROM OUTER SPACE, TASTE OF BLUES, CARPET KNIGHTS, ST. MIKAEL, SKANSKA MORD (ex HALF MAN), WHYTE ASP (ex BURNING SAVIOURS) to mention a few. Secondly, we are approached with so many labels & bands, so we are about to set up some kind of Scandinavian form of CD Baby version which will be great once everything is set up. Keeping spreading Scandinavian bands worldwide I think, and there is plenty of them ! Any bands / labels / artists seeking some kind of Scandinavian (European) co-operation is always welcomed to contact us. We do most things.


Many thanks for the interview, and it is sites like Ripple Effect that helps us keep going and thank you big for this !!