A Sunday Conversation with Killing Lazarus 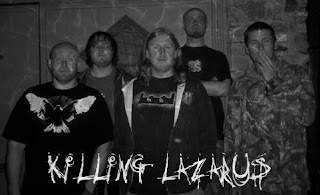 Recorded on a simple 8 track recorder, the Killing Lazarus self titled mini epic thrilled the Ripple offices with its multi-faceted themes and emotions. It may have toiled in the pile of submissions for longer than I would have liked, but it ultimately struck such a chord with us that we had to pursue the masterminds behind the music. So, this week, we got the opportunity to sit with the lads of Ireland's best kept secret to find out what makes the music of Killing Lazarus so damn compelling, as well as to what they have cooking for the near future.

When I was a kid, growing up in a house with Cat Stevens, Neil Diamond, Johnny Mathis, Perry Como, and Simon & Garfunkel, the first time I ever hear Kiss's "Detroit Rock City," it was a moment of musical epiphany. It was just so vicious, aggressive and mean. It changed the way I listened to music. I've had a few minor epiphanies since then, when you come across a band that just brings something new and revolutionary to your ears.What have been your musical epiphany moments?
There’s so much good music out there that you could have a musical epiphany every week. Playing as a band is like having an epiphany all the time. Especially when we play something new and we all enjoy it and add our own twist. Also when each one of us puts something new into the music the light bulb appears. There have been too many musical moments in life to single out any one particular moment as every epiphany is as relevant and important as the next.
Genres are so misleading and such a way to pigeonhole bands. Without resorting to labels, how would you describe your music?
We seem to have fallen into the prog rock category which wasn’t really our intention but there is definitely some in there, other styles I would say are stoner rock, dark folk and I think maybe even a hint of post rock. We each like different types of music so it’s hard to get a basic genre sound together.
For us we would have to describe it as mood music, the music takes on a life of its own and so individually the songs form into an element of their own , like different moods at different times With that in mind our songs cross a couple of different genres so we just like to call it Mood Rock. It’s entirely up the person to come to terms with what they are listening too and if they wish to label the music, off they go. But the important thing is that once the music strikes a chord and gets some emotion at some point, well that’s the job done, So Emotion digger music LoL. 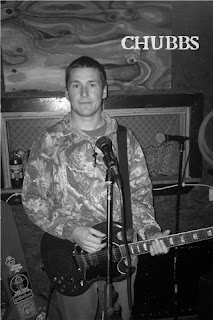 How did you approach the writing and recording of the Killing Lazarus self titled album? Is there anything that you would do different on the follow up?
What we have so far is only a demonstration of what we can do and in the future we would like to re-record everything we’ve done so far in a studio, for better sound quality, content and deliverance. We didn’t really have a specific idea about writing songs, what we did, we enjoyed and other people liked it, which is an added bonus. Our approach is simple, have an open mind and enjoy the ride.
Given the interest we have in the band and the interest that people seem to have about us now, we thought we would take it a step further and put the music out there, also for the follow up recording we would definitely book a studio with a producer so we could enhance the songs more.
What’s the musical climate like in Ireland these days? Does the population expect every band to come out sounding like U2?
The music scene over here is pretty good and there is some absolutely amazing music in Ireland at the moment, but you have to dig deep to find it, we get a lot of good bands on the move and a lot of good gigs to pick and choose from. It’s a shame that Ireland is so small due to the fact that bands can’t get off the ground. Also the thing over here is getting your music heard as we’ve only got one semi decent radio station, but the web is a big help in getting music to the masses. People just get used to listening to a type of music and it’s very difficult to break that habit. So in essence people would love to hear U2 rip offs so they don’t have to dig very far to get what they want. But there is nothing new or delivering in that. 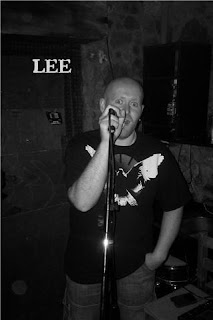 In songwriting, how do you bring the song together? What do you look for in terms of complexity? Simplicity? Time changes?
We’ll talk through ideas we might have and try and figure out the structure for the track, I guess the rest just comes from the vibe. The vibe and feel of songs dictate to us how they should be played, the song is already there all you have to do is find it, if you try too hard to feel the song it will show and will feel strained. It’s also got a lot do with the moment you’re in, Sometimes it’s easier to go along with the rhythm and other times you feel it should take a different direction.

Describe to us the ideal (realistic) record label and how you'd work with them, and they with you.
That’s a tough one…… Our own, because we would get everything we want, only joking. Ideally to work with a label that had a wide range of artists on board so as we wouldn’t be getting tied in with one particular genre, A record label that would treat the bands with respect and dignity. We’d work well in the way of getting things done; we’re pretty opening minded and enthusiastic. A label to give space and time when its required and to understand that creation wasn’t made in a day, Legally bound but liberal at the same time too, we would like to own the band and our music and not have some bank own our music. So we would be able to enjoy the music for years to come and what more would you want? But to be honest record labels nowadays don’t seem to be doing as much for the artist’s as in the past and the “go it alone” approach for the time being is more realistic to us . 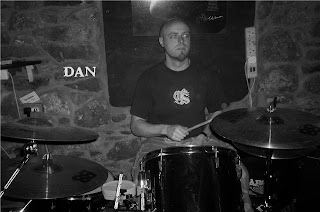 For you, what makes a great song? What do you look for in a song to get you going?
It’s all about heart, if that’s not in it then, what’s the point! It can be a slow song or a fast song and all the in between, but if it doesn’t have heart it’s going to be lacking! And plain and simple enjoyment, the songs can be simple or technical, it doesn’t matter! If it feels good and strikes a chord, then hopefully other people will feel the same.

What piece of your music are you particularly proud of?
Geminate, together with the spin backs and the way the samples came together in the end , It just brings the listener on a musical journey with the samples from Network being very relevant to what’s going on in this fucked up world today. Although all the songs we have, are our proud moments. It’s to be able to listen and enjoy what you have created even if no one else enjoys it, we do. 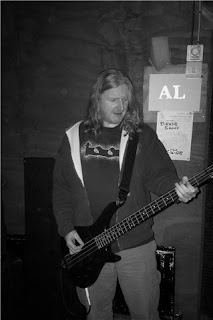 The business of music is a brutal place. Changes in technology have made it easier than ever for bands to get their music out, but harder than ever to make a living? What are your plans to move the band forward? How do you stay motivated in this brutal business?
We have a lot of plans for the future, gigs coming up, recording in the studio, setting up our own website, where our fans will be able to buy our material as well as t-shirt’s and merchandise. It would be great to get a record deal and tour the world but in this day and age you have to be realistic. If we can make a living out of playing music for the rest of our lives’ then that’s the dream right there. We can only hope that our plans come to reality. We will deal with whatever is thrown at us, but for now we’re ticking the boxes and setting up shop, Motivation is easy, if you enjoy it, do it.
Vinyl, CD, or digital? What's your format of choice?
All formats that play music have their own little perks, but for us there is no other way to enjoy music other than live. 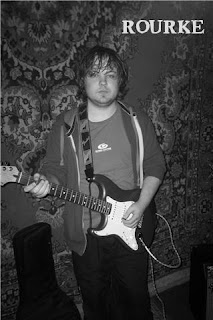 We, at The Ripple Effect, are constantly looking for new music. When we come to your town, what's the best record store to visit?
If you’re looking for rock and metal then sound cellar is the best bet. If you’re looking for alternative and independent Irish music or just want to know what’s going on in the world of music Julie and Dave at Road Records will always be happy to help. If that doesn’t work out come out to one of our houses and we will let you go through our music collections, you will find a lot of better music there than most music stores in Ireland.

As a fan of the band, it's good to see these guys getting some more recognition! Cool interview.