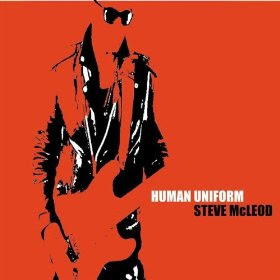 Who in the heck is Steve McLeod? At least, that’s what I’m assuming most of you are asking yourselves. I know. I asked the same thing when this disc slid across my desk. In fact, even after running through this brilliantly realized musical opus, I’m still asking that question. Who the heck is Steve McLeod? Well, there’s no simple answer to that one, Waveriders, but there is one word that comes to mind to help define the man based on the strength of his album, Human Uniform. That word is genius. Yes. It’s a big and bold word, one that is bandied about far too frequently in the music world. A word that, in some respects, has lost some of its power due to this frivolous use, but one I shall use anyway. For, really, there is no word that endears itself to me quite like this word. Genius.
Steve McLeod, for all intents and purposes, writes and performs a funkified R&B style of song with a curious amount of pop rock, but that alone doesn’t elevate the music or the man to genius. That all occurs when the man takes the standard structure of a song and infuses it with musical elements, compositional twists and turns, that makes the music suddenly sound unique. These dynamic shifts and unforeseen sonic adventures add a new wrinkle to a style of music that has relied on pure passion and soul since its inception. McLeod approaches R&B from a world all unto his own, and I can do nothing but heap tons of praise upon his work. Me? Gushing? Shit yeah! R&B can get downright boring, no matter how much soul power is pumped into the stuff. Over the years, the compositions have become tired and the themes all about the heart, blah, blah, blah. Steve McLeod’s approach is different. Yes, there are the straight up R&B styled tunes on Human Uniform, but there are a handful of dandies here where he attends the party in an outfit that damn near clashes with those already in attendance. The colors of his pimp suit in clear defiance to the black tie requirement. 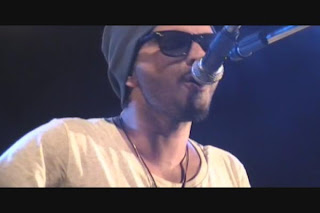 “Push the Pedal” acts as the perfect album opener as it’s packed with funk rockin’ R&B and a groove that gets the hips shaking regardless of where you’re listening. In your office chair? Hell yeah! In your car? Hell yeah! In a church pew? He, er . . . heck yeah! With a voice somewhat reminiscent of Lenny Kravitz, McLeod lays down a vocal tone that immediately grabs the attention. There’s a sexual vibrancy percolating away in there, and as it layers over the musical tracks, every little piece falls into place. Fuzzed out guitar tones on top of an off timed beat and a staggering bass groove make the first verse sound like some bizarre jazz fusion piece. But then, it all comes together for the chorus and this sucker drives straight through the heart. “Push the Pedal” has such a unique sound, combining that 70’s jazz fusion thing with elements of rock n’ roll and that soulful R&B sound. This is just a shadow of McLeod’s genius. “Winter Love” drifts out of the speakers with a funked out and meandering bass line before we’re treated to a distorted guitar strumming out a melodic riff. The tune suddenly soars with an uplifting chorus that would fit well amongst any of the pop rock acts that are flitting around the scene, but what caught my ear was the breakdown near the 3:00 mark and the subsequent guitar solo. Where the hell did that come from? There’s the genius that I’m talking about. What was a good song on its own suddenly became a hundred times more interesting with the addition of a well timed break. Give me a quality product and then add something unexpected, well . . . ha! You’ve got a customer for life!
Alright. Now here’s where things get super interesting.
“Unknown Afternoon” is a stunningly beautiful, summertime shiny, Hawaiian sounding piece of brilliance that requires a pair of sunglasses to listen to. So soulful and so much damn fun, McLeod nails the good time vibes with this tune. I defy you to listen to this track and not smile, bop along for the ride, or even clap your hands with the rhythm. The lyrical phrasing is compelling as we listen to Steve sing about having his guitar and his girl having her dreams. There’s a fusion of hip hop style vocalization mixed in the background with the subtle strumming of an acoustic guitar in a pattern similar to one found in the South Pacific. Much like “Push the Pedal,” this is a song that I can’t get enough of, and one that seems to get better with each listen. Okay . . . now I’m snapping my fingers with the beat. Great track! 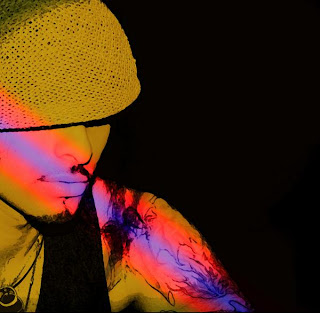 “Sounds.Like.Adam.Versus.Eve.” is a sultry R&B burner with its mid 70’s Daryl Hall & John Oates rock n’ soul mixed with that toe curling orgasmic vocal power of Corey Glover. Steve McLeod captures that passion and emotion of R&B so dead on with this track, yet he keeps the music forever interesting with great, understated use of power within the guitar production. This is one of those steamy, sexually charged numbers that, with a bottle of wine, a lazy fire in the fireplace, and dimmed lights will ultimately lead to arched backs, eyes rolling in the back of the head, and finally, a heap of sweat drenched and exhausted lovers. Hot, hot, hot! Nothing more need be said about this song. It’s perfect. Except that it eventually has to end.
Human Uniform is a fantastic listen as it touches on so many different musical styles while remaining rooted in the soulful sounds of R&B. Steve McLeod planted a proprietary flag into the middle of my ear drums, claiming them in his name. Throughout the album, McLeod’s voice is sultry smooth and reminds me of every Wednesday night as I tip back a finger or two of bourbon. His compositions, also rooted in the familiar, invariably shoot off in a different direction than expected, and that’s what draws me to this recording. I’m tired of tired music, and thankfully, Steve McLeod approaches his craft from a fresh perspective. I want to meet this guy face to face, shake his hand, maybe dare a hug, and thank him for giving my ears, giving my soul something to while away my imagination. Oh, and to reiterate this man’s genius factor, how about I throw in that he wrote every song, played every instrument, and recorded every note himself. No partners in this project. Just him. One word for you Waveriders. Genius.