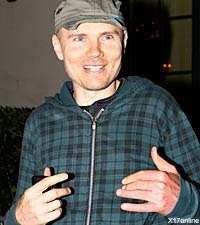 One of the things we like best about being part of this biz, is when we realize that a lot of the artists we love, are actually just real people. People who care about others. Work hard to help each other. That's certainly the case here.

Dozens of musicians will perform a benefit concert Sunday November 8 at the Echoplex in Echo Park for fellow musician Laura Ann Masura. Masura, a former member of Evil Beaver, Motorhome, the Prescriptions and Dime Box Band, suffered a motorcycle accident in September that almost resulted in the amputation of her foot. As she heals at her Echo Park home, friends and fellow musicians have banded together to raise money for costs that Masura’s health insurance doesn’t cover.

Josiah Mazzaschi of the band Light FM has organized an impressive line up for the concert, which starts at 5 PM and costs a mere $12 per ticket. (ALL proceeds go to Laura Ann. The Echoplex’s Liz Garo has generously donated use of the venue.) To appear: The Happy Stars (Brian Young from Fountains of Wayne and Joe Skyward from The Posies), The Pulsars (Dave and Harry Trumfio), Tim Rutili (Red Red Meat, Califone), Syd Straw (Golden Palominos) Pity Party, Light FM, and The Backward Clock Society, featuring Billy Corgan of the Smashing Pumpkins, Kerry Brown of Ancient Chinese Secrets and Mark Tulin of the Electric Prunes. Rotary Rachel (Rachel Lichtman of luxuriamusic.com) will emcee and DJ between band sets.

JAM FOR LAURA ANN is more than a concert. There will be items raffled all evening long; a fortune teller (none other than Madame Pamita from cult all-girl surf band the Neptunas); and a BBQ in back of the venue. Jars of Laura Ann’s Jams, made artisanally by Laura Ann this past summer, will be for sale. (In fact Laura Ann was on her motorcycle, en route to a farm for strawberries for the jams, when a car hit her.)

Leading up to the November 8 event, two very special items from the early days of the Smashing Pumpkins will be auctioned off starting this Wednesday without reserve via Ebay to help defray Laura’s medical bills from her accident. The first item up for auction is the drum kit that Jimmy Chamberlin used on the Smashing Pumpkins’ influential and platinum Gish album in 1991 and subsequent tour. The kit will be signed by both Jimmy and Billy. Billy will also be auctioning off the original Smashing Pumpkins bass guitar that he played at the band’s very first show (it is also the bass that he used for the early demos). Both items will be available for bidding via the official Smashing Pumpkins memorabilia ebay site:

Despite surgery scheduled for October 29th, Laura Ann will attend the benefit show—“Even if we have to wheel a bed in!” she says. People unable to attend the event may donate to Laura Ann’s recovery fund (no amount too small!) at lauraannsjams.com

PLEASE NOTE: JAM FOR LAURA ANN IS AN EARLY SHOW!