Protometal Report - The Stooges – You Want My Action, Live 1971 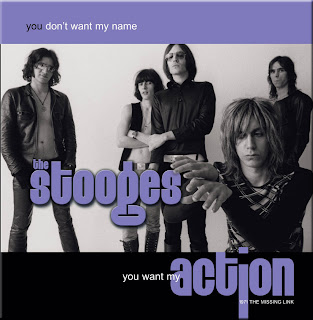 Most fans of The Stooges are completely unaware of this era of the band. Everyone knows that Ron Asheton played guitar on the first 2 Stooges albums from 1969 and 1970 and switched to bass for the Raw Power era from 1972 until the end of the band in early 1974. But what a lot of people don’t know is that both Ron and James Williamson played guitar in the band during 1971.

Ron asked former roadie Bill Cheetham to play 2nd guitar on the 1970 Funhouse tour dates. Another former roadie, Zeke Zettner replaced Dave Alexander on bass and joined Scott Asheton on drums, Steve MacKay on saxophone and singer Iggy Pop to create a mega 6 headed Stooge monster. Drugs eventually caused this line up to fall apart and then James Williamson appeared on the scene. Bill and Zeke returned to the road crew, James was in and Jimmy Recca took over on bass. For years all that existed of that line up were some photos and a horrible sounding bootleg supposedly from St. Louis.

Easy Action Records in the UK has finally solved the mystery of this era and unleashed a 4CD set of extremely raw live tapes. They make it very clear on their website – these are audience recordings. As you can guess, the technology available to most people in the audience in 1971 was not great. The fidelity is going to be a problem for everyone except the most insane Stooge fanatics. Like me. I’ll listen to anything by the Stooges, MC5, Charlie Parker or John Coltrane no matter how it was recorded. If you can’t deal with the sound of The Stooges’ last stand captured on Metallic KO, don’t even bother with this. If you’ve ever heard the recordings that Dean Benedetti made of Charlie Parker (solos only, on a wire recorder in the late 1940’s), this Stooges box makes that sound like Dark Side of the Moon. 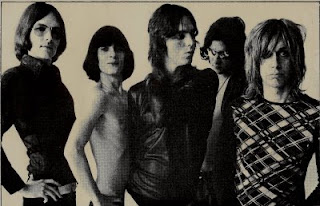 The 2 best sounding discs come from a pair of shows at the Electric Circus on St. Marks Place in New York City May 14 & 15th that were recorded by Danny Fields. Danny is the guy that signed The Stooges and MC5 to Elektra in 1968 and later went on to manage The Ramones, among other things. I’d always heard about how legendary these shows were – Iggy spray painted himself silver, puking on stage, huge amps blowing the roof off of a small club, etc. All of it’s true.

The band worked up a set of completely new material and don’t play a single song of off the first album or Funhouse. Later on, they never bothered to record any of these songs except for “I Got A Right,” which is the opener to all of the shows here. It’s pretty much the same version that we all know and love but it’s a little heavier and frantic due to the 2 guitars and the fact that it’s live. It’s pretty funny to hear the song fall apart on the first night about 30 seconds into it. Iggy just yells “take it” and the band starts over again.

They play the same set in the same order both nights of the NYC shows, but the 2nd show is a little more intense the first. It’s obvious that the crowd is bigger the 2nd night. Everyone who was there the first night must have told everyone how great it was. The crowds both nights are pretty rowdy. Lots of yelling back and forth between the audience and the crowd. Iggy announces that he’s gonna puke at one point. Rumor has it someone in Andy Warhol’s crowd was heckling him to vomit on stage. Iggy always satisfies his audience.

“You Don’t Want My Name” and “Fresh Rag” (or as Iggy introduces it one night – “New York pussy smells like dog shit”) are high energy headbanging affairs. It’s not exactly heavy metal, but they are certainly heavy and metallic sounding. It’s a shame they never worked on these songs more, they could have become Stooge classics. “Dead Body” is a junked out interpretation of Bo Diddley’s “Who Do You Love.” It’s almost 10 minutes and has a great groove to it and killer lead playing from Ron. “Big Time Bum” and “Do You Want My Love” are both fast ones. If you’ve ever heard the Velvet Underground bootleg called “The Legendary Guitar Amp Tape” (recorded from the inside of Lou Reed’s amp during a feedback frenzied set) you’ll know what to expect on this one. The vocals are barely audible at times, probably because Iggy is somewhere out in the crowd. When you can hear him he’s screaming his head off. The Stooges played loud and in small places where the PA couldn’t compete with the wall of amps. But there is an acapella version of “The Shadow Of Your Smile” from the first night that the girls in the audience seem to like. 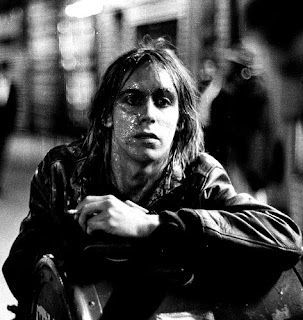 The previously released tape from St. Louis has been cleaned up a little bit. The sound quality is still pretty rough but is much clearer than the previously released version. Turns out this show was supposed to be in St. Louis but got moved to nearby St. Charles, MO to a club called the The Factory on May 27. They play the same set as the NYC shows, but ends abruptly. Apparently, Iggy clocked Ron in the head with the mic and knocked him out. You can hear Ron’s guitar hit the ground as the band grinds to a halt. The crowd yells for more but the show’s over. Iggy later went outside and hung out with the fans apologizing for the short gig. This was the last night of the tour and the last this line up ever played together. The band broke up, Iggy met Bowie in New York and went to England with James to start a new band, but later asked Ron and Scott to join them. That’s the beginning of the band being known as Iggy And The Stooges.

Disc 4 of this set actually first night of the tour from April 13 in their hometown of Detroit. The sound quality of this show is probably the harshest but the performance is good. At one point you can hear someone in the crowd say “Detroit sucks!” As a bonus, there are 2 songs from a show in July 1971 that Ron, Scott and Jimmy played without Iggy or James. One of the songs was called “Ron’s Jam” on a previous bootleg and that’s exactly what it is. Ron leads a power trio jam with tons of wah wah and attitude. It’s interesting to note that Ron played a Gibson Les Paul rather than a Fender Stratocaster like he did on the first 2 albums. The sound is a bit fuller and suits the material well. Jimmy Recca does his best Iggy impression on a song called “What You Gonna Do.” Who know how the rest of this night went?

With Ron Asheton sadly no longer with us, James Williamson has rejoined the Stooges, having settled his long-standing beef with Iggy years ago.

The revamped Stooges are due to play some shows in November and will be touring in 2010. Both Iggy and James have said that they’ll be focusing on Raw Power material as well as playing some of the first 2 albums and unrecorded gems. Chances are none of these songs except for “I Got A Right” will make the set list, but it would be cool to hear “Fresh Rag” live and insane in 2010.

There are only 1000 of these mothers so if you’re interested you better act fast. The packaging is pretty nice. Lots of great photos of Iggy going berserk and the band blasting through giant stacks of Sunn amps (which are very trendy to collect these days). If you’re scared about the sound, Easy Action has posted sound clips from all 4 discs so you can see if you can handle it.

Miles Dervish said…
The samples are there again. Scroll down the page about 75% of the way and there's a little player that says "Easy Action Media Centre."