Mining for Gold - Discoveries Across the World Wide Web

October 28, 2009
Yes, we live in an interesting world. Wonder what a visionary like Jules Verne or H.G. Wells would say if they saw the plugged in, fiber optic-linked, satellite-fed world we live in today. Would the visionary of the Fax machine and the submarine be impressed? Would the predictor of alien technology stare gape-mouthed?

A while back, I was asked to write an article on how the internet was influencing new bands and artists. Was the ready access of a history's worth of music a boon to creativity or a bust to commercial overload? Did the internet instigate inspiration or quench it underneath a flood of sub-par product?

That debate can rage on forever, but what can't be denied is that any hardcore trek through the webpages of this world can turn up an unsuspected treasure. Sure, there's a lot of fool's gold out there, but every once in while, when the moon and stars line up just right, you strike gold. 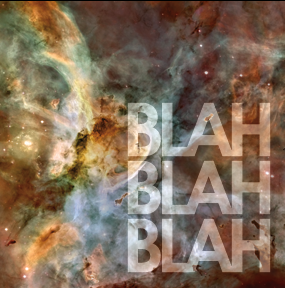 Digging through the pages of Music Dealers, an online music licensing website, shovel and pick in hand, I turned over a cyber rock and discovered this treat glittering back at me in all it's radiant post-Smith's glory. From Chicago, Blah Blah Blah, meld the best of several phases of the Manchester sound with the forward indy pop sensibility of modern day Chicago. Impeccably lush and skillfully executed, you can find traces of old New Order here, like the keyboard textures underlying "They Don't Dance," or the shoegazing Stone Roses in the guitar crunch of "Why Am I the Only One Laughing." Post-Morrissey lives heartily in the vocal delivery of "After Midnight," while "Kill the Waiter," hearkens to a post Factory-rave, morning after calm down, with it's deeply distorted psychedelia and gentle, wispy vocal.

But don't go thinking that the Blah's are merely the sum of their influences. This multi-cultural band brings their own personality to British post-punk. Laying down the oh-so-essential bass tracks to power the songs forward, guitars layer in delicately, vocals spiral in and around the melodies. Each of the six songs loaded on the player is a shimmering, sugar-crusted chestnut of post-punk pop bliss. And when I say shimmering, I mean these songs positively glisten, 24 karat gold. Light radiates from their delicate compositions without seeming to airy or flimsy. Guitars shine, drums resonate, and vocals float. Truly, a pop confection treat.

Just listen to the aching, longing in Soloman's voice during "Kill the Waiter." This is wistful melancholia the likes of which can transport me to a netherworld of swirling emotion. Absolutely intoxicating. "They Don't Dance," adds a danceable backbeat but keeps the emotional sumptuousness front and center. This is music that just makes you lie back and wonder.

I checked out the band's Myspace page and still can't tell if they have an album out or not, but either way, it'll be well worth watching out for. If your a fan of the Smith's bittersweet melodies, and always wondered what they'd sound like with a touch of golden spirited optimism, or if you wondered what would've come next if The Hacienda hadn't deteriorated into a mire of drugs and guns, this band is for you. Sublime pop for the modern world. 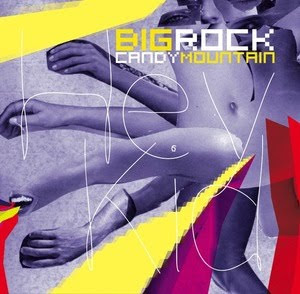 Continuing my mining mission through the cyber-desert, my mule, near delirious from the desert heat pulled over in the shade of mountain for rest and water. Little did that poor mule know which mountain she choose. Combining the sinusoidal synthesizer spasms of classic new wave with the angular post-punk guitars of modern post-rock and the musical ambition/schizophrenia of punchy neo-prog, there was no way that poor mule was going to rest in the shade of this mountain. Fuck that, there was no way the shade was even going stay still for long. Propelled by maniacal drumming, shape-shifting song structures, epileptic outbursts of spiky guitar chords or frenzied arpeggios, this whole damn mountain is a pulsating, heaving, jumping, constantly-in-motion dance made physical.

As insane as all that may sound, in the wild and wacky world of Big Rock Candy Mountain it all makes perfect, completely mad sense. Stellar songwriting brings all their disparate elements, chord ideas, song dropouts, and drums blasts together into one coherent whole. It truly is the sum being greater than the parts here. Yes, that seems like a random guitar outburst, or an out-of-left field vocal breakdown, but it all works in its own freakish angular world. Moments that seem like they should be too chaotic to be listenable, fall into place as if a higher deity was positioning pieces on a chessboard. And besides the strength of songwriting, the glue that binds all this together are some of the most gorgeous, memorable, delectably sugary melodies I've heard in ages; the type that could induce a coma in most diabetics.

References are too many to mention, but to me, I'm reminded of the brain-melting post punk of Wire or Pere Ubu, bands that weren't afraid to take punk structure and fuck with it, twist it inside out, rip out it's innards and replace it with some damn fine funk or whatever moved them at that moment. Big Rock Candy Mountain takes snippets of Joy Division brooding, toss it into a blender with a strong dose of Mars Volta randomness, and the out-of-left-field approach of the Flaming Lips, and the amped up beat of Daft Punk, and turn out one juicy, positively jumpy concoction. Guitar heavy choruses are catchy, the vocals are soulfully sincere, and the bass and drums make the whole thing danceable for the quirky, epileptics who like to seize on the dancefloor.

Not an album you can digest in one sitting or 100. Something new, surprising, and stunning, leaps out of every random corner with each listen. A new counter melody, a new guitar run. Wait, did you hear what the bass just did? How'd they do that? I don't know if this is the work of absolutely brilliant minds or completely demented ones, but either way, it's genius. If this was a virus it'd be catchier than H1N1. To which I can only say, "avoid the vaccine. Contract the illness." It's much more fun.