It's a Small Stone World After all - Luder and Obiat 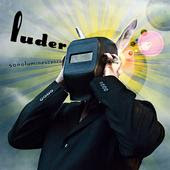 Hey wait a minute! This Luder album doesn’t sound like the usual “regressive rock” that Small Stone Records releases. It’s almost modern! There are no songs that have any kind of Blackfoot influence. Is this allowed?

I guess when the label boss is in the band all bets are off. Luder is a new band featuring former member of Slot, Sue Lott – bass/vocals, drummer is Eric Miller from Novadriver and Five Horse Johnson, with the twin axe attack of Phil Durr and Scott Hamilton and their huge collection of effects pedals. Phil’s also played with Big Chief, Giant Brain and Five Horse Johnson while Scott is the guy dumb enough to release noncommercial records in an indifferent marketplace. God bless him!

If this record came out about 15 years ago, radio consultants would be demanding some edits and the sounds of Luder would be broadcast around the world. Imagine a less heavy Tool with female vocals. Or if the Smashing Pumpkins ever wrote a song that was tolerable to listen to for more than 10 seconds. The album is called "Sonoluminescence," which I thought was a fancy name for a wet dream, but means “luminescence excited in a substance by the passage of sound waves through it.”

The guitars are swirly and the rhythms are very trancey, but the real strength of Luder is Sue Lott’s voice. It’s sultry and very strong. She adds interesting melodies on top of repetitive riffs and has excellent phrasing. And she writes some good lyrics, too. Very evocative but also slips in some really funny lines, too.

“Selfish and Dumb” has a chorus that reminds me a little of Sly & The Family Stone’s “Everyday People” but with Sue singing “you don’t give a shit what I want.” Female cursing in music is always appreciated. So are songs with titles like “Hot, Girl-On-Girl, Vampire Action.” If they ever make a sequel to 1971’s Vampire Lesbos exploitation film it would be perfect for the soundtrack. It’s kind of a Band of Gypsys slow blues with modern production.


Other standout songs include “Sewn Together” which immediately made me think of the line from Slayer’s “Angel of Death” – “sewn together, joining heads.” There’s no real metal influence but there is a great guitar riff, a huge bassline and a big chorus that you could sing Slayer lyrics to.

Ten songs in 60 minutes is kinda long but the songs never get boring. Besides, in their bio they admit that they’ve been told that their music needs editing but respond with “up yours.” 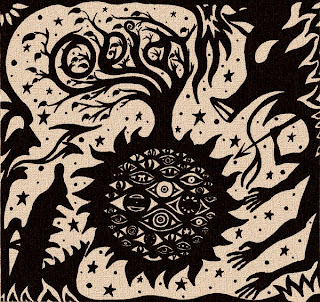 Small Stone’s core audience will love Obiat’s new one called Eye Tree Pi. I flipped over Dozer’s Beyond Colossal album recently and this sounds like the younger brother version of that. There’s less 70’s metal like Alice Cooper and more of a modern metal approach, like if System Of A Down wasn’t so annoying.

This is the 3rd album for these Polish and Hungarian natives living in London. There sound has a very European influence. There’s lots of almost folky lines in their riffs and the vocals are in English but have a strong accent making it sound a bit more exotic.


Most of the songs are on the long side with a mix of metal and prog influences. At 12 minutes “Serpents’ Rites” is their “Stairway To Heaven” starting of slow and acoustic, then getting heavy and eventually ending up with an epic guitar solo. Even the shorter songs start off in one place and leave you in another. “NoMad NoMind” has an almost King Crimson Lark’s Tongue feel before getting slower and then almost turning into The Police.


Fans of all types of heavy stuff will dig this. The guitars are heavy but not tuned super low so that the strings flop around. The rhythms are heavy and slightly unpredictable but never journey too far into navel gazing prog overload. The production is also very impressive. The songs have lots of guitars layering and there are some nice atmospherics mixed in to keep things interesting.

Matty said…
Their site is http://luderband.com and their Facebook page is
http://www.facebook.com/pages/Luder/130922598329?ref=mf and then there's Soundcloud for listening to some tracks at http://soundcloud.com/mochimad
October 16, 2009 at 3:02 PM