October 12, 2009
With the words of Steppenwolf echoing in our heads, Racer and I drove west along the highways of Texas. The 290 from Houston to Austin, for three . . . maybe four short hours, became our home away from home. Loaded up on bag full of edible crap and CD player in constant rotation with goodies from our collections, we got our motors running. We headed out to the highway. Yes, we were in search of adventure, or whatever came our way. For this brief moment in time, Racer and Pope were truly born . . born to be wild. 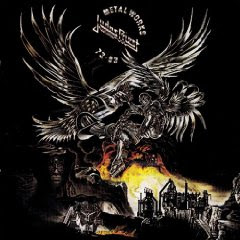 In all honesty, there’s really nothing exciting about the 290 west through the heart of Texas. There are a lot of fields, run down houses, some more fields, a little town here and there, a couple more fields, and a greasy spoon that gave us enough sustenance until we got into Austin. But, there was nothing that got the blood pumping or the adrenaline flowing. That’s why we kicked off the trip disc one of Judas Priest’s Metal Works. "Hellion/Electric Eye," "Victim of Changes," "Painkiller," "Delivering the Goods," "Hell Bent For Leather," "Devil’s Child," "Blood Red Skies," "Ram It Down," "Breaking the Law" . . . phew, all good driving songs. The trouble we had was keeping the ole rental Kia from bursting into flames and becoming a beacon to all law enforcement agents that we had intentions of breaking all land speed records for the state of Texas!
Now, if you haven’t been to Austin before, this is a town that is all about the music. Once you find yourself in the downtown area, you sort of feel it before you hear it. The distant and distorted rumbling of sound vibrating its way across the surfaces of all that stands in its way is the first indicator that there’s live music coming from some place. As one gets closer and closer to the epicenter of sound, that would 6th Avenue, the notes become more and more clear, and then one begins to realize that the sound, this wondrous music is literally seeping out from every nook and cranny of every building. No, it’s not just some phenomenon that’s happening on 6th, my friends. This is an event, nay . . . a lifestyle that is fed to the citizens in heaping doses from the waters of Lake Travis! And don’t for one minute think that just because this is the home for Texas blues great, Stevie Ray Vaughn, that Austin is nothing but a town for listening to the blues. It’s so much more than that. Every genre of music under the sun can be found in this town, and really . . . very little that we heard could be categorized as bad. 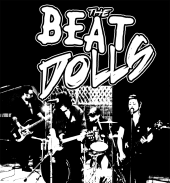 We came to Austin to meet up with and listen to the sludged out, swampy grooves of Black Bone Child, but more on that later. The Austin City Limits Festival was in full swing, as well, but we wanted something else. We wanted to immerse ourselves in the soulful flavor of the town and try out some of the homegrown delicacies, and though the food is out of this world, I’m talking about the music. Knowing that we were going to be sonically slapped around by a blues tinged band the following night, Racer and I decided that it would be cool to hear something more alt rocky or punky. This is Austin. It wasn’t that hard to find, though it wasn’t where the locals told us it would be. Nestled in between pizza shops that specialized in death metal and variety clubs that specialized in whatever, we found a place that for all intents and purposes was a reggae joint called The Flamingo Cantina. Like many of the bars and clubs in town, the Flamingo was deep, dark, and seeping musical history from the mortar holding the bricks together.
The first band of the night was a little band called The Beat Dolls, and these cats were full of up tempo piss and punk vinegar. I frickin’ loved them the instant they took the stage. I initially feared the worst (Hey! I’ve witnessed many a jam in my day. I’m allowed to be jaded,) but within about one measure of this high powered hardcore fused with elements of ska, my feelings of unrest were replaced by my head bobbing in time and I was cheering along with the handful of folk who had meandered into the club. And yes, I excitedly waved my hands in the air when the crowd was asked if any of us were stalkers. What? I’m a notorious cyber stalker. Just ask any of the bands that I’ve made contact with on MySpace. Led by Angie’s feisty, yet somehow sugary sweet vocals, The Beat Dolls powered through a set that felt like it was twenty minutes, but was actually closer to an hour. Though there was little variation in the styles of the songs, I was captivated by the stage presence of the three band members hovering around the front of the stage. I don’t think I ever once saw the drummer as he was tucked deep in to the murky recesses of the stage and blocked from view by the leaping, hopping, straight up rockin’ out form of bassist Shelby. FYI – Shelby is leaving the band in the coming weeks, so any of you bass players out there looking for a gig, check out The Beat Dolls and go through the proper channels.
http://www.myspace.com/thebeatdolls 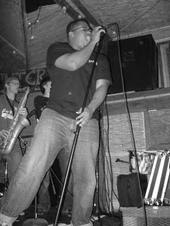 The show stopper came at some time late in the evening. I’d give you an exact time, but I haven’t a clue. The floor of the venue was suddenly vacated by damn near every person in attendance and I thought, ‘Hmmm. This doesn’t bode well for the headliners tonight.’ Then I realized that all of the patrons were clambering across the stage and those who weren’t on the stage were sidling up to the front of the room to be a part of the experience. The name of the band is a mouthful, but well worth choking on coz’ you’re gonna’ want to remember these guys for no other reason that they put on one hell of a show. Benny Versus the Beast are a ska band, influenced by all the greats, yet not once blatantly reminding me of even one of them. Poison Ivy? Sure, the influence is there. The Bosstones? Of course, what’s ska without them? I’m not going to sit here and claim to be some aficionado on the genre, so I can’t tell you how they stack up next to the greats. But I can tell you this. I haven’t been that riveted to a live performance from a band that I knew absolutely nothing about since I stumbled on Hectic Watermelon opening for King’s X (Read the King’s X Field Report.) Four piece horn section, a guitarist, a bassist, a drummer, and the man, the myth, the legend, Mike Dynamo leading this sordid arrangement with a stage presence the likes I’ve never seen, Benny Versus the Beast made my cheeks hurt coz’ I was smiling so damn much! There was high energy as everybody on the stage was moving, creating an outstanding set that I thought was far too short. And, if there were more folks in attendance . . . you know, making as if sardines packed in a tin was luxurious space, then the Flamingo Cantina would have been the only place to be. Don’t go to Austin for SXSW or ACL, go to Austin to catch Benny Versus the Beast and get caught up in the frenzy and yell “HEY!” at the appropriate times during the ever so crowd pleasing “Rose Tattoo.”
http://www.myspace.com/bennyversusthebeast
Austin. Great town with great people playing great music. If you need me, I’ll be checking the real estate listing for the next Ripple office. - Pope JTE
Austin Benny Versus the Beast Benny vs. the Beast hardcore live music review punk rock Ska The Beat Dolls The Flamingo Cantina The ripple Effect

Angele Martin said…
Having the ability to learn at your own pace will make taking up a new instrument to be a much more pleasurable experience for a great number of people and hopefully a whole new batch of guitar players will be honing their skills at this moment in time.
October 12, 2009 at 11:45 PM

Woody said…
Did you guys go to Waterloo Records?