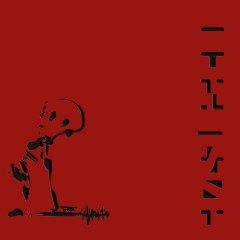 Personally, I tread very carefully on the frozen lake that is prog-rock. Some forms of the genre are my absolute favorite discs of all time, and I feel like I could safely cut a hole in the ice and fish to my heart’s content. Other forms . . . ach! That was the sound of me crashing through the thin layer of ice and suffering, once again, from a severe case of hypothermia. All I’ve ever asked of my music is that it have some soul, some element of spirit that flows from the musicians, through the speakers and then to me so that I’m inspired to do something . . . anything! Well, Oceansize has done just that with their latest epic outing entitled Frames. Epic outing? Yes. Absolutely. Read on, friends.
I’m not sure if Frames is a concept album or not, and honestly, I’m not sure that I care. All I know is that the songs that comprise this disc sound huge. Each song touches a nerve in a different way. Inciting a riot in my skull in one song and intoxicating me to the point of self reflection on the next. Massive movements of emotion flow throughout this recording with huge mood swings and monstrous washes of ballroom elegance unwittingly dancing into cages filled with bestial savagery. This is music for the music fan, not the casual listener. The casual listener would get bored because these compositions and performances are, quite frankly, beyond the pedestrian perspective. Though heady, the concepts aren’t beyond comprehension . . . you’ll just have to move the decimal point a place or two in either direction for it to have greater impact. For you, oh music fan, Oceansize will capture your imagination with their sprawling curiosities set to rhythm and rhyme. Frames is made up of layers of droning alt rock mix with even deeper layers of progressive flavored modern rock, and then layered again with sheets of metallic heaviness and a primer coat of punk edginess. Yeah, I know . . . there is no official category at the record store for that. The label would take up the space of an entire bin. But, that’s a good thing!

“Commemorative 9/11 T-shirt” creeps out of the speakers like a specter. Guitar notes are softly and steadily plucked in rhythm, creating a sense that the modern prog giant mastermind, Steven Wilson, was in the studio twirling knobs and adding his two cents. The drums drop into the groove with a snap and a pop, crisp sounds for like ear confection. The bass eventually meets up with the rest of the instruments and the whole song just builds to a perfectly moody epic, slowly, deliberately, and precisely. The cryptic lyrics, half whispered, half sung, act as the final piece of the mysterious puzzle of sound. The song begins to boil with power, the tempo never really increasing, but still feeling like everything just got more manic. The guitars go from crystal clear clean notes to a wall of distorted tones that fills all of the open space between the notes. Suddenly, everything the throat starts to feel constricted as all of the air from the song is removed, we watch the light fading away, our eyes begin to roll into the backs of our heads as unconsciousness starts to overtake us, then . . . BAM! The distorted guitar lines vanish and the clean toned notes return. We return to our senses as the air rushes back into the song and the space between the notes is able to breathe. What a ride, folks! Oceansize did an amazing job of crafting this song to take the listener someplace, and where that is, well . . . that’s completely up to you.
“Unfamiliar” follows up the moody build up of “Commemorative 9/11 T-shirt” with a more angst-y sounding, detuned howl of distorted instruments. Unorthodox notes or chords or tones or what have you crash against the eardrums as the song hammers away with it’s off time intro. The vocals come in smooth and melodic just as the instruments go from their disparate sound to one of air-y comfort. Like tubing down a river, this music goes from quick flowing, curving runs to placid, wide open spaces and lazy summer days adrift, then back through roiling rapids again. Amazingly beautiful in its execution, this is another song that can let your imagination simply soar to heights once thought unimaginable. Heavily progressive, yet totally edge-y, this song reminds me of the post progressive sounds of East of the Wall. Intricate as any of the finest prog-rock, but darkened and filled with a punk rock intensity.
The ten minute epic “An Old Friend of the Christies” highlights the back end of the disc. The whole tune has a haunting atmosphere to it. Heavy rhythmic pounding of the drums, softly accented by guitar arpeggios and keyboard flourishes, this song played in a darkened room will send chills up the spine. Don’t expect a fast mover. Like most of the work on Frames, “An Old Friend of the Christies” is a spark on a patch of dried kindling that eventually spread to the surrounding brush and builds into a raging wild fire. My God . . . so much emotion in the transition! Dark and filled with the turmoil, yet injected with a glimmer of hope, this instrumental ditty has grown to be one of my favorites from the disc.

And, as if that weren’t enough, you simply have to lend your ears to orgasmic sonic pleasure of “Sleeping Dog and Dead Lions.” Fusing influences that sound like Mr. Bungle with a bevy of post hardcore acts, with a pinch of proggy zest. This track is one of the heavier tunes in regards to guitar sound and full metallic upbeat tempo. Spattering of double bass drums are mixed in with the steady rhythms, as well as the off time passages. The vocals are zany and filled with more nuance than you can shake a stick at. Go ahead. Go find a stick. We’ll wait for you. The entire composition is an intriguing collection of ideas pieced together to form a truly savory listen. There’s so much going on throughout this song that you will inevitably have to go back and listen to it again and again. On top of it being a complex piece of music, it’s also fun! What a novel concept . . . progressive, thinking man’s music that can be fun. I have a list of bands that should be taking notes . . .
Oceansize were a new name for me, but I was pretty much hooked the moment I heard the opening strains of Frames. After listening through once, I found that this was the kind of prog-rock that I could seriously get behind, and not just a ball of self gratifying musical jabberwocky. If you like Mr. Bungle, Faith No More, East of the Wall, Porcupine Tree, Isis . . . hell, if you just like musical discovery, Oceansize will rest nicely next to your pillow. Be prepared, though. This album is eight songs clocking in at exactly an hour. I’m not saying that it’s too long, just that there is a lot going on and the first listen or two may completely overwhelm you. Then again, you may be a prog- super guru and consume this kinda’ stuff as a midnight snack. I’m just saying. There are no “hit” singles on here in the sense of radio friendly music, but there are those moments of accessibility where even the most novice of music listener can sit back and appreciate what’s going on. This is my kind of prog. If you need me, I’ll be on that frozen lake over yonder enjoying the sonic bliss of Frames. -- Pope JTE

I discovered Oceansize just afew weeks ago, I've been listening to their albums according to their release date, I loved Effloresce and E.I.P. so much, and now i just finished hearing "Frames" for the first time, it wasn't that hard cause i already knew what to expect, but in a way it exceeded any expectations i had... Shit man, it's hard to describe it, but i found your review verbalizes what i feel when i listen to their songs. It's very much like going down a river with it's twists and turns, ups and downs... And certainly, what is making this band fall into my absolute top 5 is the MONUMENTAL amount of emotivity transmitted in each track. Like you, this and nothing more is what I ask out of music, be it any genre. And these days, with rock music being so much about looks, visual style, and which-60s70s80s90s-band-youre-mimicking, Oceansize is the nice drink of crazy fresh water that i'd been waiting for many years.
Great review.

PD: I'm from Chile, someone tell these guys to come to southamerica sometime!! (yeah right)