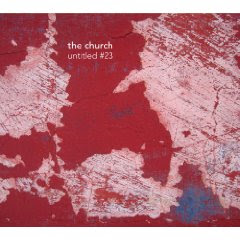 Having been a fan of The Church since their debut Skins and Heart, I was thrilled when Spacebaby PR contacted me and asked if I'd be willing to review this disc for the Ripple. Of course, I said yes. I'd followed the band through their heyday of Heyday, through their journey Under the Milky Way and beyond. I'd seen them live the first time they ever toured America. I saw them again with Peter Murphy. Did I want to hear the new disc? Does Italy make good pasta?

Prepared to pounce on the album like a lion hunting prey, a funny thing happened. Rather than whip around me in some rapture of glorious pop-psychedelia, Untitled #23 was a very subtle affair. To be honest, it was so subtle that at first I wasn't sure I liked it, and that surprised me. Being genetically programmed to turn onto the Church sound, I expected to love the album right off the bat. That didn't happen, but something else even more remarkable did.

Some albums are instantly grabbing, some albums open up slowly, delicately, like a lotus opening to the new day's sun. That's Untitled #23. 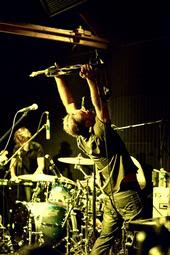 With nothing as instantly engaging as "Under the Milky Way, " to hook the listener, the album follows a different path altogether. Steve Kilbey, Peter Koppes, and Marty Wilson-Piper have been at this long enough to know they're not going to be pop stars. That must be very liberating, because on Untitled #23, The Church play with a unified sense of purpose and direction that's been missing from many of their post-Starfish albums. Without the pressing need for a hit single, the band is loosened from the constraints of commerciality, left to follow their own organic psychedelic muse to whichever wandering nebula they feel compelled. And while the album may not necessarily be an immediate attention grabber, that freedom to explore sets the boys loose on a set of songs that, taken as a whole, is probably the one of the best Church albums in their 30 year career.

"Cobalt Blue," snakes in with a steady drumbeat before Kilbey's familiar baritone layers on. Bass bubbles underneath, guitars building on top in layers of warmth. The entire song is gentle as gossamer, diaphanous as cosmic dust, yet somehow wholly complete. The song rides a backbone of compositional strength while guitar parts radiate outwards, like rays shooting in thousands of directions from the sun. The song never really rises above a whisper, yet it never lulls. It searches, explores. Gorgeous guitar tones probe into inner spaces, bass loops kicking in like cosmic afterburners. In fact, it's the song's inherent delicacy in which it's strength lies.

And that dichotomy runs throughout the entire length of the album and one of the reasons that the disc opened so gently for me. This isn't an album of hooks, it's an album of shades and textures, atmosphere and warmth. There's something completely natural in the band's version of organic psychedelic explorations. Rarely have I come across an album that rewards repeated listens as strongly as this one does. Each pass brings forward a new melody, a new shimmering guitar run, a bass loop, a tonal inflection, a haunting feeling of melancholy and hope.

When I first heard the disc, my immediate reaction was "there's no rocker here." But now, I hear the power in the intro guitar tone of "Deadman's Hand," followed by the lyric "On our way to crush the revolution," and realize that it is rocking. Hard. Just in it's own way. In a way only The Church could. 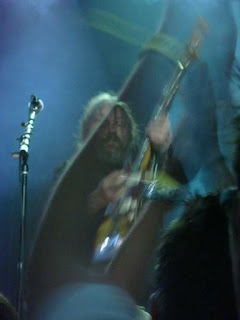 "Pangea," may have the album's most beautiful melody, sung over huge spartan bass runs, layers of guitars and subtle keys. With each listen I become more fascinated by the use of harmony vocals, the acoustic guitar barely contained in the background. The song is an epic of atmosphere and mood. A majesty of somber delicacy. The swirling layering of the instruments, the violin, the cello, it all combines to create a floating, wistful smoke stream of psychedelia. Absolutely beautiful.

"Happenstance," may be the most immediately catchy song on the album. Acoustic guitars strumming in the intro over rolling drums reflect back to Milky Way, but the song's not content to stay in familiar ground. Rather, thirty seconds in, someone cuts the tether, and like a hot air balloon, the song floats slowly upwards, leaving the confines of gravity behind to enter the cumulus clouds. Floating free.

And that's where the album remains. Floating free. A stunningly mature, hypnotic album.

The Church are known for their Byrds-esque jangly guitar, obscure, quasi-spiritual lyrics, and Kilbey's instantly recognizable voice. All of that, everything you love about the band, is here. But so's something else that's much harder to define. This is the loosest, most mesmerizing album of their career, and because of it, it somehow hangs together as one of their most complete. Don't come here expecting an instant catch. This album won't appeal to those who want to rock their brains into oblivion. I'm serious, it took me several listens before the inspiring beauty of what the boys were doing finally penetrated my thick skull, but from that moment on, each listen instilled the album deeper and deeper into my core.

If you're not careful, it may do the same to you.