The Trews - No Time For Later 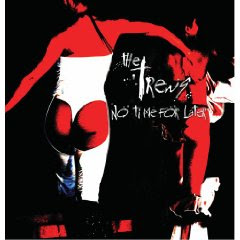 I’ve had a rash of albums recently that teased me with opening songs that went one way and the rest of the album that took a hard left and went the other way. Somehow the sequencing isn’t quite what I expect from the music and it takes more than a few listenings to gleem the best of the album. The Toronto based Trews, on their 3rd album No Time for Later have done exactly that: the title track reminds me of a ‘70’s Rockpile song, or a mid ‘80’s Smithereens tune. The jangly Rickenbacher guitar overlaid on top of the track, the group chorus singing, even the drum pattern reminds me of them. Only this time its Colin MacDonald and his brother John-Angus MacDonald on the vocals and guitars. A good song….

And then we smash into the second track, Dark Highway, all chopped angry guitars, punked up drums from The Jam, a better produced second generation pop/rock fusion that has Dramarama meeting the Knack. Dark Highway has you reaching for the volume turning it up. Be Love has more than a little Easdale in the vocals, and more than a little Peter Criss in the drums that underpin the lyrics.

The rest of the album doesn’t so much as play in pop music’s backyard as run freely through it with rolls of toilet paper. With gusto, the boys bring a Farfisa organ to pair with the rhythm guitar on "Feel the Rain," a beautiful chorus just around the corner. How can you not love a song with lyrics like: You held my hopes/ you were caffeine for my soul and my heart? Dalton keeps the beat going with smart, economical drumming. 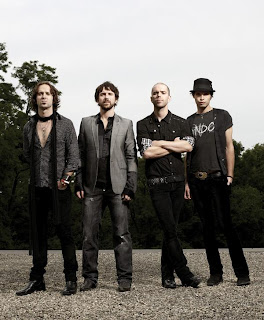 "Paranoid Freak" will have you keeping the volume up, and maybe even rolling the windows down to annoy the car next to you. Colin’s slight phased vocals and John’s slashing power chords on the lyrics belie the boogie-woogie piano keeping all the parts of the song playing nicely. Joe, average guy/ needs more things to buy/ spoon feed me a lie/ I’ll eat it/ I’m on a bad trip/ too many loose lips/ already sinking my ship/ I’m sinking. The Trews have a handle on the fact that rock and roll doesn’t need to always take itself so damn seriously. "Can’t Stop Laughing" doesn’t go as far afield as Barenaked Ladies but it has a chorus that you can’t quite believe you’re singing along with.

The nicest ballad on the record, "Man of Two Minds," a melding of delicate fingerpicking and strings, is as subversive as it is pretty. The protagonist is in love with two different women and can’t make up his mind. Not the usual subject matter for a Journey-worthy power ballad, unless you believe that two different women would be in love with Steve Perry. Pull the lighters out and hold ‘em up, the boys have written a beautiful song.

"If Man of Two Minds" finds the group hugging their inner indecisive child, "Hold Me in Your Arms" finds Colin getting in touch with his inner Robert Plant. A rocker of Zeppelin proportions, the entire band moves as one in a riff based rocked that should be a showstopper. Dalton gets some sonic room in the mix to really pound the skins, and his bass drum carries a wallop. The guitars are like buzzsaws and the group takes its time to build up to the chorus. As the band careens into the bridge, Colin singing “I will not back down to anything or anyone/you cannot contend cause in my head I’m number one/ it’s a mad mad world bady but what you gonna do/ you just watch your back and I’ll watch mine too, it comes across as one less idle rock boast and more a statement on purpose. 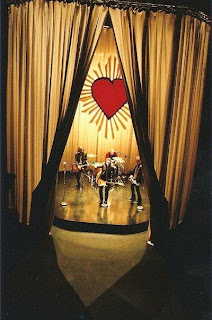 The fast paced acoustic rock of "Will You Wash Away" will remind you that you don’t need the Marshall stacks of "Hold Me in Your Arms" to play a compelling powerful song. There are roots here in the powerful desire to see if faith will win out: I don't want to hear you say/ You will never change your ways/ Cause you know it's hard to tell /When the river swells/ Will you wash away? Sung with passion and purpose against the driving drums and acoustic guitars, it quickly has become one of my favorites on the album.

And here is where sequencing gets strange: the 11th track "End of the Line," sounds like an obvious show closer, a slow tempo, the echoing arpeggiated guitar chords, it has last call written all over it before sending the audience out into the desolate Canadian winter.

All of which would be fine if the next track, "Burning Wheels," didn’t burst out of the gate at high speed, Colin singing: i'm travelling through confusion/ on a hectic highway ride/ i'm breaking down illusion/ i am seeing things/ for the first time/ there's nowhere left to hide the decaying power chords behind him, the band’s blurted “hey!” punctuating each couplet. Even the final track on the CD, "Ocean’s End," has the energy of early Pretenders, the prominent bass line, the short terse power chords from the Telecaster, the rhythm guitar panned so far right that the amp is in the broom closet. The song ends with just a touch of the Beatles in the repeating vocal line and echoing tape loops.

It’s a strong album, and one that has been in my rotation for the last couple of weeks. I’ll be searching out the first two Trews albums after this to see where they started and how they got here: strong song craft and great playing will do that for you!

Buy here: No Time For Later

I remember enjoying the second album at the time. "Den Of Thieves" I think it was called. Evidently not enough to seek out the first or pre-order this one but I agree, they definitely have something!