A Sunday Conversation with The Steps 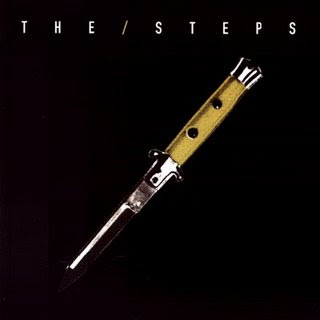 Attacking us with a double-barreled assault of garage rock and vintage psychedelia, all mixed in with a blinding amount of modern savvy and serious songwriting chops, The Steps were a major surprise when their self-released disc poured on into the Ripple Office. Grabbing a couple of cold frosty ones, we couldn't wait to get lead singer, Will, to plop on down onto our red leather interview catch and share with us the culmination of his Steps wisdom.

When I was younger I really loved punk music. For my birthday, my dad took me to this festival where all my favorites we're playing. That was the first time I really thought about it. I guess another was when I saw The Strokes on MTV. They were featured amongst all these horrible bands that were huge at the time. It gave a lot of hope.

Usually its a part on the guitar or some instrument that comes first. Then I'll try to find cool sounding melodies to place over the music. I typically write lyrics towards the end once everything else is done.

Just in hearing new bands and what they offer. Personal experiences and when were able to travel; taking all those surroundings in really helps with songwriting. It's never good to stay in one place for too long a time. 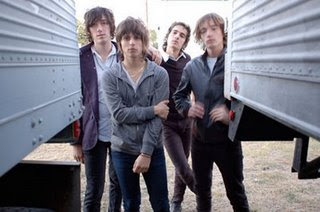 I guess to put my ideas out there. Most of our performances are really just meant for the audience to get up out of their seats and nod their heads for forty-five minutes. It is nice playing in venues where they can hear the words in the songs and that makes it more meaningful.

The band is crucial in structuring the songs. Everybody has input. I think we like challenges when working on songs. If there's a part we feel could be better we'll really work to find it.

Playing is important and the more people that see you and hear your name, the more they are to recognize and bring their buddies the next time were in the area. For most rock bands touring is essential. We've just gotten started so I figure we're gonna have to pay some dues before we see real success.

Maybe then we'll have a song with a time change.

A song without a time change 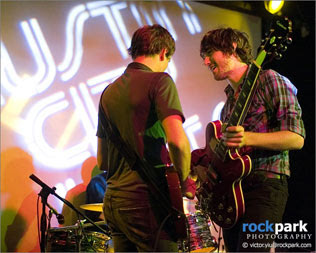 I think i was trying to come up with a tom petty sounding part and ended up just sorta stealing the whole verse. It was really bad

Some of the new material we've got right now. It's the first time I've listened to one of our songs and not immediately torn it apart.

There's loads. Conor Oberst, Ryan Adams, Jim James. Those guys really have a sense of it. Really great lyricism and how they're able to arrange it with their bands

I really like vinyl at home. I have an ipod that I listen to on the road. There are a lot of artists now that release on vinyl and include a free download. Best of both worlds.


We, at The Ripple Effect, are constantly looking for new music. When we come to your town, what's the best record store to check out?

Waterloo Records get a lot of hype. There's End of an Ear on South First Street too.
Posted by The Ripple Effect at 12:41 AM