It wasn't that long ago that we declared Echovalve to be the mythical Phoenix of rock and roll, having survived in their short career more adversity than most people will ever experience in a lifetime. Helloagaingoodbye was a raging slab of alt metal that roared like a declaration that the boys wouldn't succumb to their problems, but rise above, guitars held high, and fight back. And the did. Undeniably, the album was a success. More problems befell the boys however, and it wouldn't take much for the average Joe to assume that the weight of all this trauma might have finally caught up with the band.

Not so, says Echovalve. Returning with a three-song Ep of perfectly constructed alt-metal, Echovalve proove that not only are they survivors, they're conquerors. "Because of You," is the hardest hitting song of the three, something that could have sat comfortably on Helloagaingoodbye, thunderous big guitars, rampaging percussion and a damn fine vocal performance. The stop-start riffing of the chorus is instantly catchy, as is the message of release. No reason I can see that this song shouldn't be on all rock station playlists. "Intoxicating," reveals a softer, more mature side of the band. A gentler, more hopeful song . . heck a love song of sorts. That's not to say this is a ballad. No, this one rocks as hard as the first, just differently. The composition reflects a new maturity for the band, a moving beyond old demons to a place where they may actually find . . . gasp . . . happiness.

"Too Late," finds the boys dealing again with those old demons, trying to set them in the past where they belong. Another quantum leap in songwriting maturity here, bringing more modern rock influences into their alt-metal. Another infectious chorus and we got a winner.

Rock and roll is full of it's litany of casualties. Echovalve plan to be one of it's successes. And with talent like this, that's not an unrealistic goal at all. 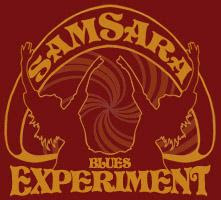 Not really an EP in the classic sense of the word, but with two songs and a total running time of over 21 minutes, it's not really a single either. Let's just call it what it is and leave it at that; a mind-expanding hallucinogenic trip of stoned-up, spaced-out psychedelic meandering of the sort that would make our good friends over at Colour Haze proud. Listed as a demo, these excursions into musical inner consciousness are remarkably well constructed. "Singata," the shorter song of the two, coming in at 8:32 rides an acrid puff of pot smoke up into some mystical lava lamp in the sky. Driven by solid percussion, the fuzzed and effected guitars loop and dip and shimmy and swirl in glorious hashish drifts. Heavy sections rumble like an earthquake, big distorted bass strokes bring on the menace, while the guitar work is never less than masterful. Vocals do kick in eventually, but they're really an afterthought to this mindtrip.

"Double Freedom," mixes the pre-requisite sitar into the 13 minute plus mix. More vocals here give the song a bit more of a structured theme even as it wanders and meanders anyway the smoke blows. Nice guitar sounds lead us in, reverberating in a heavy '70's feel. Sienna Root explores ground like this, as does Dead Man, and SBE can proudly take their place standing at their sides. Moods change as easily as the mental states from euphoric, drugged out spaciness to heavy distorted doom. And it's all pretty fucking amazing. Fans of the bands I mentioned earlier, or the more extensive heavy psychedelic jamming of the '70's protometal bands like JPT Scare Band will not want to miss this one. I hear they're recording an album next and I, for one, can't wait to see which direction they blow my synapses next. 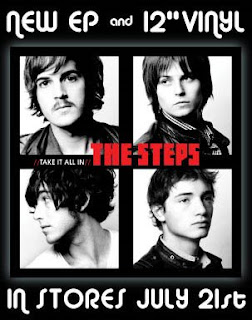 The Steps - Take It All In

Now signed to Playing in Traffic Records, big-time Ripple favorites The Steps release this 5-song burst of their swaggering, punky, psych-garage blow ups. Now, I raved about The Steps on my review of their self-produced album. Just a barn burner of nitro-fueled Electric Prunes/early Kinks inspired garage blasts. Two new songs sit comfortably with three terrors from that first album. "Blonde Smoke," continues the frenzy The Steps started on that first album. Big Peter Gunn-ish basslines groove underneath the roaring garage-fuzzed guitars and wailing vocals. Featuring an expanded compositional style, with an actual time change, this song sits comfortably with the strength of the older tracks. "Push," likewise keeps The Steps magic roaring forward. Big open guitar chords crash this one, dropping down to a chugging line that rides all the way to the explosive chorus.

The old songs need no introduction. "Dagger," "Loose Mind," and "Cold Floors," were three of my absolute favorites from the first album. Here, they sound fresh and ready to rumble, adding extra muscle and bite to the new songs. If you missed the first album, or just want to see what all the fuss is about, don't miss this one. I predict big things for these boys.