A Sunday Conversation with Leprous 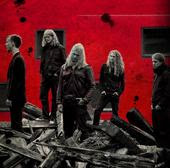 Hot on the heels of the release of the instant classic Tall Poppy Syndrome, Norwegian prog-meisters Leprous are on the campaign trail to tell the world that don’t simply exist but that they’re going to raise a few eyebrows with their technically proficient yet completely soulful approach to making extreme music. We were able to coerce lead vocalist / keyboardist Einar Solberg with the tempting comfort of the red leather couch, a soothing cup of tea, and a brief nap before his next promotional engagement. Here’s what Einar had to say about the art of songwriting and the creation of Tall Poppy Syndrome.


The music on Tall Poppy Syndrome is filled with complex time changes and technical riffs, but there’s also an underlying soulful groove throughout the album. Was this a conscious effort to achieve such a varied feel to the music?
Well, it actually varies a little bit on how we proceed to make a good song. But the procedure we mostly use, is to create the "magic" together all of us. Everyone has to contribute to get the sound we’re eager to get. First of all, either me, Tor Oddmund, or Øystein has made some drafts at home (a few riffs) and then we meet all together on the rehearsal room to work things out. We usually make a first version of the song, then when the song has begun to sink in, we go through the song and perfect it as much as possible. We´re all pretty dependent on each others contributions in order to make the "perfect" song. We don´t create songs to impress people with our technical skills, we just create stuff that we really enjoy ourselves, and if it doesn´t get the goosebumps going, it isn´t good enough, hehe. So to sum up, the reason for the varied feel in our music is that we´re five different persons adding our own personal flavor to it.

How is to work so closely with a metal legend in Ihsahn, and how did that working relationship come about? What life lessons have you picked up from him?

It is really great to work with Ihsahn. He is a very good musician, an excellent songwriter and a great guy, which we all have admired through the years. He´s also a very nice and sympathetic person, and a pleasure to work with. I´m actually Ihsahn's brother in law, so I guess that´s how we met, hehe. Emperor needed a keyboard-player that also could sing the seconds for the Emperor re-union shows, and since I´m both a keyboard-player and a vocalist, and also live in the same town, I guess I was a suitable choice. The reason for him choosing Leprous as his band, is because we were from the same town, and already knew each other.

What life lessons? That´s a hard one, hehe. First of all, he has been the guitar teacher of both our guitarists. I can´t think of anything more specific right now, but he has been a great inspiration both as a person and a musician.
Most music fans can pin point a particular piece of music that was a major musical epiphany for them with several others through life. What have been your musical epiphany moments? What events changed the way you listen to music?

I guess one of my musical epiphany moments were when I watched the "Eyes wide open" dvd by King Crimson for the first time. I hadn´t much knowledge of the band at the time, neither had I shown much interest for progressive music in general, since I was more of an extreme metal guy at the time. But that dvd changed everything. It really opened my eyes for a whole new world of music. King Crimson is still one of my favorite bands, and I guess it will always be. It never gets boring and they´re always challenging the listener.

I´ve always had a hard time describing our own music, but I´ll give it a try.

It´s metal, flavored with jazz, progressive rock (70s style) with a little dash of classical music at the top.

Let the music speak for itself, hehe:-)
Norway seems to always be in the forefront in the way of giving the world outstanding music. Who are some of the lesser known acts that have caught your attention?

I don´t know if they are lesser known abroad, but a band called "Shining" (http://www.myspace.com/gninihs) are one of my personal favorites. Not the Swedish black-metal band, but the Norwegian prog-jazz band. They sound like nothing else, in the good way.

There´s also a new interesting band called "22" (http://www.myspace.com/tjueto) that has caught my attention. Halvor and Tobias (our bassist and drummer) are completely hooked on that band, and I´m starting to realize why. 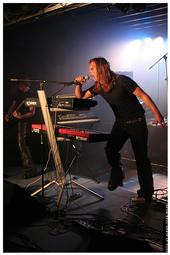 First of all, you really gotta believe in what you´re doing. Because if you don´t, who else will? And that´s also one of the keys to motivation for me. I also love what I´m doing, and I wanna do everything I can to keep doing it. Of course, I have to be realistic and realize that there's a chance I might not be able to make a living out of doing my own music, which is one of the reasons that I´m a music student these days. Then at least I have an education if we don´t make it with the band.

The future plans for the band are to keep making music that we really enjoy ourselves, and also try to get it out to the masses. Now we also have a good management (intromental) and a good label to support us and help us forward. We´ve started making music for the next album, but it is too early to say when we´re ready to enter the studio once again.
In your opinion, what makes a great song?

That´s a question I really don´t have a good answer to. That depends on so many parameters, so I´m sorry to say that I´ll have to pass this one.
What piece of your music are you particularly proud of?

I´m very proud of Dare You from "Tall poppy syndrome". That song ended up even better than we´d hoped for.

Well, I grew up at the age of the CD, so I guess CD is my answer to that. I´m a CD collector. But then again, digital format is better for the environment, so I´m facing a dilemma in the years to come.
We, at The Ripple Effect, are constantly looking for new music. When we come to your town, what's the best record store to visit?

We live in a very small town with only 12 000 inhabitants, so we only have one record store in our hometown "Notodden". It´s a store called "Desibel Notodden", which is actually specialized in metal and prog. I used to work there for some years ago, hehe.