Proto-metal Report - A Glimpse at 1971 - Three of the finest

With this installment of the proto-metal report, we're going to do something just a little different. We're going to take a look at three albums that all came out in 1971, smack dab in the formative years of proto-metal, to add an extra flavor to our understanding of what else was brewing in the rock and roll whiskey still at that time. And don't worry, we've still got an all out proto-metal classic for you to track down at the end of this report. 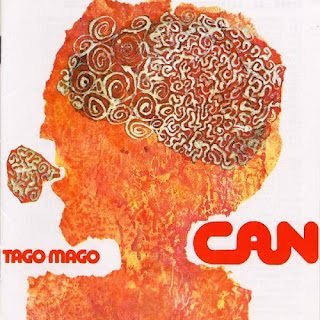 Not always the easiest listen and probably the most inaccessible album we're covering today, but there’s just no denying the grand visionary magnificence of Can’s 1971 double album, Tago Mago. Always, three or four steps ahead of their contemporaries, with this disc Can’s vision of a new approach to music was finally realized, steering far away from standard blues-inspired songwriting to the creation of something entirely all their own. On the leading edge of the krautrock movement, avant-garde experimentalism, progressive, electronic and minimalism, Tago Mago set the stage for what have become the three classic Can albums of the seventies.

Beginning with the out in left-field loose hippy jamming of “Paperhouse,” about as accessible an introduction to the album as they could’ve come up with, the album quickly morphs right into “Mushroom,” revealing the prototypical angular rhythms and non-conventional drumming that would define the band’s best work. Augmented by Suzuki’s frenetic speak/sing/shrieking, the band drift into “Oh Yeah,” a pumping funkified, blowout, all leading to the albums highlight, the eighteen minute epic, staccato “Halleuhwah.” Pierced by spasms of guitar, it’s nearly impossible not to lose yourself in the drumming as the rhythm section drops into the king of all rock and roll trance/funk beats.

By this time, it doesn’t even matter than the inaccessibility quotient gets notched up for the quasi-ambient, arrhythmic “Aumgn,” or the bizarre smorgasbord of pasted sounds, shrikes and toy piano notes that is “Peking O.” By this time the table had been set, the bar raised to near unreachable heights. Can led the charge that avant-garde rock artists of today are still trying to approach. Profoundly influential. 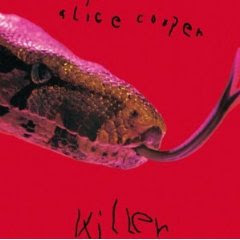 It’s been said that before Alice Cooper, there was no goth, no punk, and no glam. Never is this statement made more clearly than on Alice’s second 1971 release Killers. With this second Bob Ezrin produced album,Cooper takes the giant leap forward that Alice made on Love it to Death and propels it even further, creating an undeniable classic album. Not just an Alice Cooper classic, but an all-time classic.

Here, we can see everything that Alice Cooper would become gelling together into one unified whole. We’ve got the raging arena standard “Under My Wheels,” the sly and sexy “Be My Lover,” and a host of garage rave-ups like “You Drive Me Nervous,” and “Yeah, Yeah, Yeah.” But more than that, this is the album where Alice really began to stretch the boundaries of shock rock, epic theatricality and the simple act of great songwriting. “Dead Babies,” brought the macabre into rock like never before.

The eight-minute epic “Halo of Flies,” hinted at the grand theatrics that would be an Alice mainstay on albums such as Goes to Hell, and Welcome to my Nightmare. And then, in the midst of all this madness, Alice’s ode to Jim Morrison, “Desperado,” defies you to dismiss his talent as merely shock and rawk. Over the top, yet achingly sensitive, and still able to kick out the jams, this track would set the pace for the genuinely affecting ballads Alice would write that led none other than Bob Dylan to once declare, "I think Alice Cooper is an overlooked songwriter.” A classic rock and roll album of any era. 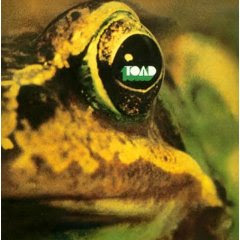 Mega fuzzed blues-based Swiss rockers Toad, have been credited with helping to kick off the entire Swiss hard rock movement of the ‘70’s. One listen to this raging platter of scalding guitar histrionics, doomy bass riffs and propulsive drumming and it’s not hard to see why. Rocking in the heavy blues vein of early Zep with just a touch of Sabbath heaviness, this is a meaty, big and beefy blues guitar romp, with vocals reminiscent enough of Mr. Plant to effectively get the job done. The opening track “Cotton Wood Hill,” gives you a taste of all that’s to come, massively fuzzed out, bottom heavy tracks, breaking away into some seriously heavy, searing guitar jamming.

In truth, some of the tracks wander off long beyond their expiration date, (“Life Goes On,” clocks in at a doom-filled 11:58 and it’s only the second longest song on the album) and other bands like the aforementioned Zep and Sabbath plowed these fertile fields with more innovation and panache, but still a damn fine explosion of hard driving early rock. Place this up there with Lucifer's Friend and Leafhound. Worth hearing, often.

Great Alice Cooper song, and fun video. I saw Them live in 1971 with Brownsville Station, Velvet Underground, and Biggy Rat (with Poobah Jim Gustafson on guitar!)