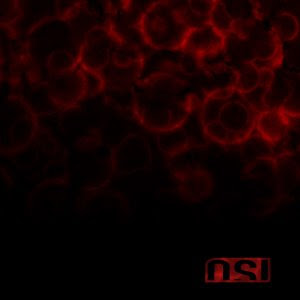 While we definitely appreciate and respect all the great music that postman Sal brings to the Ripple, every once in a while, the Pope and I get a little excited when something near and dear to our hearts crosses the transom. Pope felt that way with the latest Prong remix offering, bouncing across our desks for days like an amped up ADD child on a sugar high. Me, well, that's the way I felt when OSI's new disc, Blood, landed across my keyboard.

For those who aren't familiar, OSI isn't really so much a group, as it is a collaboration between guitarist, keyboardist, composer Jim Matheos (Fates Warning) and vocalist, keyboardist, composer Kevin Moore (Dream Theater). While those credentials will certainly conjure up a certain type of flourishing, technical prog metal, be prepared. OSI sounds nothing like you may expect from the lineage alone. Bringing in huge amounts of synths and industrial metal vibes, adding in the ambiance of Pink Floyd and an ear towards the crunch of nu metal and the compositions of Radiohead, each song OSI creates is composed by the guys sending ideas back and forth through email. Perhaps it's because of this creative process, or in spite of it, that OSI sounds wholly like it's own technical creation.

And on those lines, Blood is the perfect name for this techno terror of a prog metal album. Despite the heavy mechanization of industrial guitars. Minimoog effects, and synthesized sounds, human blood pulses through this album, synchronizing with the mechanical synthetic aspects of the music, creating something a kin to a musical cyborg; part human, part machine. Industrial, mechanical, yet infused with warmth and life. 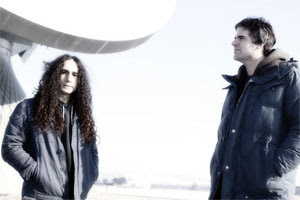 The first track "The Escape Artist," highlights this dichotomy right off the bat. Beginning with an ominous, dissonant, synthesized tone, gentle guitars layer on top, hearkening to some futuristic world as the keyboards bring on swirls of sci-fi washes. Next the drums come on like a mechanical heart beat, building until the full aggression of the industrial riff blasts out like a space ship afterburner, spewing smoke and fire like some terminator cyborg of the not-so-distant future. Kevin Moore's vocals, rarely rising above a hushed tone, add the perfect touch to the vibe, remaining cool and distant, but hinting at an underlying emotion. As far as guitar riffs go, this one's a charging, bringing on images of some post-apocalyptic, futuristic battlefield. Joined on this album by Porcupine Tree drummer Gavin Harrison, the percussion, aided by programming, is remarkable, hammering in polyrhythmic attacks through the stop-and-start riffing. The mid-song breakdown to laser-like synth tones sounds like the call of replacements to the battlefield, before the guitar solo sears out, blazing like rockets soaring over the fallen. As intense an opener as the genre as seen in a while.

But what makes the album so impressive is the dynamics; the alternating of the moments of sheer savage power, with equally adept passages of near-ambient, meditative beauty. "Terminal," percolates out next, barely rising above a whisper. Pulsing synthesizers weave back and forth between the speakers setting the melancholy tone for the intro. Whereas, "The Escape Artist," thrust us right into the heat of battle, "Terminal," is the lull after the storm, a moment of peace, of reflection. Perfect command of melody, beautiful guitar tones, and impeccable composition soothe the battered soul, leading to perhaps the most memorable chorus on the album. A gorgeous, infinitely listenable song, clearly one of the best tracks here. The percussion is superb, carrying the song through it's undulating passages, like a caravan of bandaged camels carrying supplies across a deserted wasteland.

Now, I gotta say, these analogies are my visions inspired by the music. To my knowledge, Blood isn't a concept album at all; but the indelible craft of songwriting, the impassioned alternating of power and beauty, added to the feeling of a warm human body amidst the flourishes of technology, bring these visions to my mind. As if the music itself speaks the concept of human melding with technology, not so much the lyrics of the songs themselves. That said, the album works best for me as whole, not a breakdown of individual tracks.

But back to the tracks, "False Start," rages next, terrorizing on the back of as heavy a prog metal riff as you'll hear, and certainly the heaviest track OSI have recorded. This track brings on the clash of our cyborg warfare, cresting on the intensity of a fierce industrial beat and a crushingly heavy detuned, synthesized guitar. This is the sound of two robotic armies engaged, full warfare with no prisoners taken. Mean and aggressive and demanding.

Continuing with our alternating dynamics, "We Come Undone," brings the tone back down, a song of pure atmosphere, playing like some futuristic classical composition, synths replacing acoustic stringed instruments. Perhaps more than anywhere else, this song is representative of the album as a whole, a declaration of the eternal war between humans and technology. Warmth somehow managing to find it's way through the mechanical soul of the synthesizers and programmed beats, the most processed song here. Then, flowing without pause, "Radiologue," brims out next, the most Pink Floyd-esque composition here. A lush guitar tone brings this song right back down to human realm. Synths swirl in elevating circles, elevating the song, arousing the spirit. Another perfect melody and understated vocal performance keep this song rooted in flesh and blood, not technology.

While I could go on about all the songs here, like the return to savage riffing of "Be The Hero," or the processed noise-gram of "Microburst Alert," the one track that absolutely needs special mention is Stockholm. Co-written and guest lead vocals by Mikael Akerfeldt of Opeth. Mikael's voice is angelic here, proving just how underated a vocalist he is. A ghostly compostion, the song drifts in a muted acoustic guitar fog for the first third, keyboars picking up the pace for the middle passage, until the unexpected fury of crushing guitars seals the song's ending. Hauntingly beautiful.

On this, their third album, OSI have experimented with tone and texture, creating a hybrid of flesh and technology, blood and mechanism. Not a prog album of stunning time shifts, flourishes of technical mastery, or flashes of classical composition, rather, it is a wholly insular creation, an album that lives and breathes within itself, telling a story by it's very tone and nuance. Whispering rather than shouting.

Perplexio said…
Excellent review. I also picked this one up back when it first came out and gave it a fair handful of listens and a generally glowing review. Although, as good as it was/is I still think their second album, Free is their best so far. Both Free and Blood are leaps and bounds better than their s/t debut though.

I think for their debut, Matheos was still in a bit of a Fates Warning mindset as I hear a lot of influence from FW's Disconnected album sneaking onto the OSI debut. But on both Free and Blood he does seem to be doing more of his own thing. While the Fates Warning influence is still there, it's much more subtle and understated than it was on the debut.

As for Kevin Moore... the OSI albums make me miss his songwriting contributions in Dream Theater that much more. While Rudess may be a more talented keyboard player. Neither Derek Sherinian nor Jordan Rudess have ever come close to matching Moore's songwriting chops.
January 13, 2010 at 9:47 AM