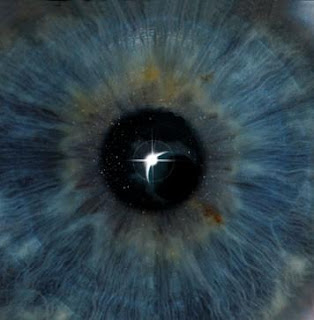 I always thought I was the only one who liked Pink Floyd’s Ummagumma album, but it sounds like the 3 guys in Ahkmed also dig it. I think it’s safe to say that these guys have thoroughly absorbed Space Ritual, Funhouse, Tago Mago, Maggot Brain, Meddle, In A Silent Way and the Mick Bolton era of UFO. Probably some Sun Ra, too. If you’re gonna play space rock this well, you must know something about the man who said “space IS the place.”


Ahkmed is a 3 headed unit from Uranus sent down to free the shackled minds of planet Australia. Their mission will tolerate liberating mental slaves throughout the rest of the galaxy as well. Their deployment began in 1998. Four EP’s were released prior to their new CD titled Distance. Chances are I’ll never get to enjoy this record correctly: under the influence, staring at a lava lamp in a dark basement with a clean bucket to drool in, but I can dream about it. 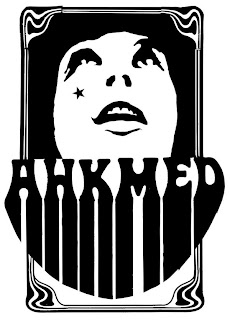 If you’ve worn out your copy of Pink Floyd Live At Pompeii, you owe it to yourself to pick this up. This sounds like the late night set they played under the stars when they let that stray dog run the mixing board.


The 7 songs of Distance comprise an hour of uninterrupted music. The songs flow into each other but also stand on their own wherever you decide to push play on it. The 9 minute opener “Strega” starts off with some tribal drumming before the space echo guitar comes in. Eventually the bass joins up with them and it’s an echoplex explosion of sound with some slowed down space announcements. Trippy. An actual human voice doesn’t appear until about halfway through the 3rd song “lemanja.” It’s almost unsettling to hear a humanoid in the middle of the cosmic mist and thankfully the vocals are not groaned in some kind of Isis/Neurosis style. The drummer is also the singer of Ahkmed, which is always a plus in my book. The tempo picks up a little towards the end of the record in “Temple” before orbiting back to the home planet of the title track.


People of Earth need to buy this record so Ahkmed can buy a huge light show and travel the spaceways.


http://www.myspace.com/ahkmedband
Posted by The Ripple Effect at 12:25 AM