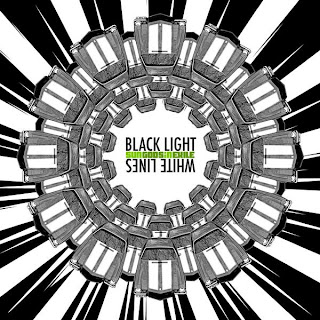 Fans of Tank and The Rods rejoice!

Not only are both bands back in action but now you have a new favorite band – Sun Gods In Exile. They’re based out of Portland, Maine and were formed a little over a year ago but sound like the younger brothers of Molly Hatchet in 1979. Bright Light, White Lines is their debut album and it’s out now on Small Stone Records.

Sun Gods In Exile play no nonsense hard rockin metal with no discernible influences past 1982. That’s good. The songs are all fast, hard hitting and you can smell the blood, guts & beer. In their short time together, they’ve shared the stage with Roadsaw, Hackman, Mess With The Bull, The Brought Low and many others. That should give you a pretty good idea of where these guys are coming from.

“Eye For An Eye” kicks off the record like it’s something from Wild Dogs by The Rods and gets you nodding your head right away. When the vocals kicked in the first time I listened to this thing I had to double check to make sure I hadn’t put on Tank’s Power of the Hunter by mistake. Adam Hitchcock’s voice sounds like a cross between the mighty Algy Ward and Molly Hatchet’s Danny Joe Brown. When he screams out “downstairs I smell the cocaine” I had to turn it up and play the song again. Always a good way to start an album.

“Heaven Help Us” is a distant cousin of “Stranglehold” and is followed by the Judas Priest southern boogie of “The Gripper” (a title that I’m surprised that Priest hasn’t used yet). In a just world “Rise Up” would be played on FM rock radio during afternoon drive time to help you get the Led out. 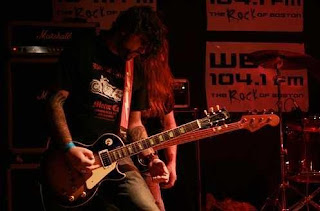 After that it’s a trip to “Mexico” with some Nazareth style cowbell and an Ace Frehley-ish guitar solo. I’m sure these guys are no stranger to Acapulco Gold. And if the title track doesn’t make you want to light up and give cops the bird, then it’s time to surrender your copy of One More From The Road. “Hellwell” has a real Brought Low feel to it, meaning it sounds like a cross between Skynyrd and AC/DC with some great melodic guitar fills. “Black Magic” is not a cover of the Slayer jam but continues in the AC/DC “Sin City” vein and features some moody organ playing. The album finishes up with the twin peaks of “Turbo Fire” and “495”. The songs aren’t necessarily about cars or driving fast but they’re plenty oily. “495” has a nice “Freebird” jam at the end that kicks ass.

The production on Bright Light, White Lines is great. The guitars of Hitchcock and Anthony D'Agostino sound huge and heavy and the ace rhythm section of bassist JL and drummer Johnny Kennedy boom and thud in a most pleasant way. All of the instruments have room to breathe in the mix and leave plenty of room for the vocals.

I haven’t had a chance to play this in my car but it would be the perfect thing to listen to on a road trip to see a Montrose (1st album) reunion.

Posted by The Ripple Effect at 1:49 AM

Couldn't agree more, Woody. I checked this one out and it is a balls out, fun heavy rock album.