As in our prior Ripple Roadtrip posts, this column is a homage to the wonderful, vast wonderful, wild, and wacky assortment of music that finds it's way into postman Sal's mailbag, and therefore onto our Ripple desks each day. And if there's one thing I love about the Ripple, it's that variety. Here at the Ripple we're one big open mind. Rock, pop, punk, prog, proto-metal, even experimental jazz punk. It don't matter. Our job is simply to write about the music that moves us, each and every day.

So today, let's go for another ride in the Ripple Ghia and see what's spinning on the player. Ah, I see we're going down a more adventurous alt-rock path today. The road less traveled. 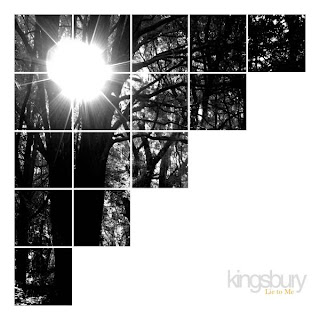 Kingsbury - Lie to Me EP

On their new EP, Lie to Me, Kingsbury quilt together a Blue Nile-ish, nearly transcendent soundscape of swirling, ambient, atmosphere-drenched, drone rock. Song's are carefully crafted, pieced together almost painstakingly, building each element onto the next, gently, with precision, cautiously never tilting the boat too much to the left or right. "Ocarina Mountaintop," is a delicate, painfully fragile exposition of determinedly plucked piano notes, each one dropping in slowly after the next, like dried leaves falling from an autumn tree, landing with gentle ripples in a still lake. Hushed vocals add an extra layer of texture to the melancholy of "Back in the Orange Grove." Again, the piano holds as much space here as anything else in the composition, but a gossamer melody runs though like some gentle thread holding the whole thing together. "Armada," isn't so much a song as a musical rendition of a cold wind, blowing through an ancient church steeple, the church bell languidly chiming with the breeze. "Lie to Me," and "Holy War," up the ante a touch, building some rockier bricks onto the ambient/drone foundation, both songs building to comparatively frenetic climaxes of chiming guitars and droning chords.

Granted, Lie to Me, won't be the right soundtrack for every moment, but at that perfect time it can be sublime. I first head this disc early on a Sunday morning after staying out until the wee hours with my wife in San Francisco, and it was perfect for the mood. Perfect as background music, for the times you need to chill or those moments when a little thoughtful meditation seems like what you need. A mesmerizing, trance-inducing listen.

This EP and other tracks are available for free at www.kingsburymusic.net 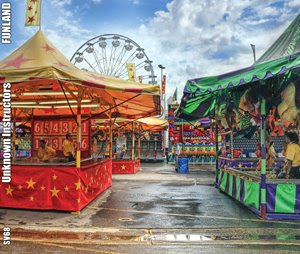 Any thing that features Mike Watt and George Hurley, formerly of the ever-loved Minutemen, is sure to capture our attention, and this new disc by the masters of free form chaos known as the Unknown Instructors did just that. Having missed out on the band's previous platters, I really had no way of knowing what to expect when this ditty popped into the Ripple player. Aided by Saccharine Trust guitarist Joe Baiza and poet/saxophonist, Dan McGuire, the Unknown Instructors make music for the literati.

I've seen their music described as "a carefully structured examination of Dadaist concepts behind a facade of free-form improvisation, the likes of which might put a smile on the faces of both John Coltrane and Captain Beefheart." Having read that, I'd be inclined to agree, it I happened to know what half those words meant. To me, the Unknown Instructors play a mesmerizing, not always easy-listening, blend of experimental, avant-garde, noir jazz punk. Vocals are either intonations, shrieks, or spoken word ramblings of stream of conscious, half-nonsensical flights of fancy. The guitar work reminds me of some bizarre surrealistic painting, scratching across and throughout the song without ever really following any discernible flight path or blueprint. The rhythm section of Watt and Hurley is nothing short of mind-expanding. But drugs aren't' needed to appreciate the work of these IQ melting musical explorations, and let me tell you, when they lock into a groove, like "Later that Night," or "Chicago, Illinois" I can't help but feeling like I'm being made privy to some intensely cool underground beat nightclub that I have absolutely no right being admitted to.

Admittedly, some of the songs wander way off into their own celestial space, leaving me and my struggling musical IQ way behind, and certainly, this isn't an album for any but the most experimental mind; still Funland is never less than an interesting, occasionally compelling listen. 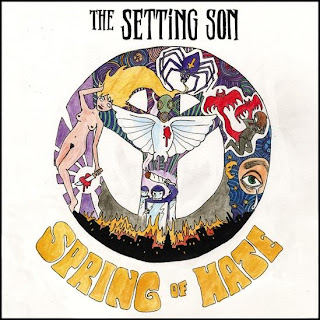 The Setting Son - Spring of Hate

Coming from Denmark and signed to Bad Afro Records (one of the coolest named record labels of all time) The Setting Son release their second album of massively sunshine infused, psychedelic garage pop. To say that this band, and it's main singer/songwriter Sebastian T.W. Kristiansen, pays homage to the past is like saying that former President Bush had problems with the English language. It's a no brainer. And when I say homage to past, I mean it. This is pure sugary bubblegum, decidedly vintage garage rock, bearing much more in common with the psychedelic leanings of the Seeds, the Grass Roots and the 13th Floor Elevators, than the R& B roots of the Sonics. The band wear their passion for the genre proudly like a sugary badge of honor.

"Spring of Hate," starts us off immediately on this candyland of retro-rock. Hints of surf rock float in the keyboards that dance through the song like foam over the ocean. But it's the jangly, bright, and sparkly guitar that leads the song into its sweet as honey melody and backing harmonies. Kristiansen's establishes himself immediately as a vocalist with few peers, and, to be honest, his tone may take a bit of getting used to. Sounding more than a touch like Alvin the Chipmunk two days after hitting puberty, Kristiansen's vocals add the perfect layer of powdered sugar over his pop confections. "Fool My Heart," is so sublimely perfect a retro-pop song that you'll be damned that it hadn't been recorded before. Over a charging surf beat, and singing harmony guitar, Kristiansen lays into one of the most delectable surf-garage-pop melodies and vocal hooks that you'll ever find invading your ears. And once there, that melody will swim around your inner ear hairs for days.

But lest we think that The Setting Son are purely some retro-psych popsters, closer examination reveals the hidden edge to the band. If the album title, The Spring of Hate, (as opposed to "The Summer of Love) didn't tip your hat, a close inspection of the bands lyrics quickly reveals that there's something dark and sinister lurking underneath all those flowery melodies. "Soulmate," certainly comes across as a new classic garage love homage to the perfect girl, complete with a dead on amazing organ and jangly guitar intro and a chorus that will reverberate in your musical heart for days. But when you realize that the words Kristiansen uses to describe this heated love of his include "sad case," "anti-social," and "satanic" . . . well, let's just say this ain't no Paul Anka we're listening to. Other winners like "Obession," "Creepy Crawlers," and "Demons in My Head," add a weighty melancholy and angst to what appears to be simply a bubblegum album of glorious sixties psychedelic pop. An amazing juxtaposition of mood and word. An album worth exploring for any fan of the genre. 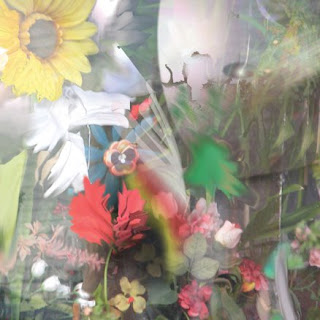 It wasn't that long ago that I fell in love with Joan of Arc's last album, Boo Human, so when the good folks at Polyvinyl Records contacted me asking if I'd be interested in hearing a pre-release of the new Joan of Arc album (due out June 9, 2009) I said yes faster than the twitching of a cheetah's muscle fiber. Boo Human was a glorious, absolutely addicting, mildly-bizarre exploration into avant alt-pop with some amazing, unforgettable songs. But, realizing that lead Joan of Arc man, Tim Kinsella, often changes his musical ideas with the blowing of the northern wind, I was left wondering with anticipation what he'd come up with next.

Never one to disappoint, or take the easy path, Kinsella went out and outdid himself. A near stream of consciousness, deliberately spontaneous, yet carefully crafted exploration of neo-ambient alt pop, Flowers is a vast step away from the intimacy and structure of Boo Human. Recorded in several sessions, the last of which was a jam without a blueprint, two days in the studio to write and create songs, Flowers brims with musical sidetrips, endless cul-de-sacs, subtle textures, sonic explorations, counter melodies, and at times, frankly lost musical ideas. This a a loose, deeply organic rummaging through the periphery of pop, searching for flowering blossoms growing on the wayside. And indeed, there are plenty of blossoms to be found.

To be honest, Flowers at first wasn't an easy listen. I tend to grab for a song's melody, holding on to it like a lifeline to carry me from intro to ending, and that melody isn't always easy to find in these loosely constructed guitar meditations. But trust me, it does emerge. More than once, I thought Kinsella had finally blown his musical head gasket and blown his engine on the side of the road, but wouldn't you know it, I never did stop spinning that disc. Something about the spontaneity of it, the sparseness of structure, but vastness of musical ideas, kept me mesmerized. Compelling me to listen on. Through the gorgeous instrumentals of "Flowers," and "A Delicious Herbal Laxative," the bizarre sonic ramblings of "Fasting," the primitive alt-garage fuzz of "Life Sentence," the tribal polyrhythmic beat of "Explain Yourselves #2," the bright guitar work of "Tsunshine," "The Sun Rose," and "Table of Laments," to the downright charming "The Garden of Cartoon Exclamations."

Not an album for everyone, that's for certain. But a wholly engaging listen for the adventurous fans of experimental avant-garde alt pop, and a sure satisfier for Kinsella's fans.

Not from the album, but a taste of their sound