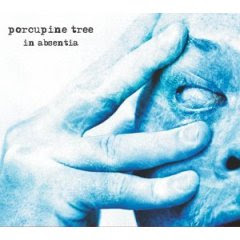 You'll find no indecision around the Ripple office when it comes to Porcupine Tree. I first discovered these cats after reading a one-page blurb in Classic Rock Magazine. Intrigued, I picked up the CD and passed the word on to the Pope, who picked up the PT baton and ran with it.

Arguably, no single individual has left his stamp on the developing world of neo-prog more indelibly than the one man prog phenom and musical prodigy Steven Wilson. Through his work with his own bands and collaborations, Porcupine Tree, No-Man, Bass Communion, and Blackfield as well as his multi-textured production work, found on such prog-death metal classics as Opeth’s “Blackwater Park,” “Deliverance,” and “Damnation,” as well as albums by prog mainstays Fish, Marillion, OSI and Paatos, Wilson has created a massive ephemeral resume of atmospheric experimental progressive rock, molding the world of music to fit his particular muse.

And nowhere will you see this vision so exquisitely realized as his work with phenomenally popular band, Porcupine Tree. What started out as a Spinal Tap joke, with a made up discography and body of music, Porcupine Tree quickly became ’s main vehicle for prog inspired experimentation. While any number of PT albums could be reviewed today, most notably, Up the Downstair, Signify, or Stupid Dream, it was In Absentia, that found perfecting his craft, finding just the right combination of ambient exploration, dramatic compositions, and exceptional musicianship all crafted into instantly accessible, dramatically expanded pop songs. Joining in this grand statement of layered vocals, flaring guitars and ambient tones is bassist Colin Edwin, former keyboard player Richard Barberi, and drummer Gavin Harrison. Together, they created an album of uncommon beauty and power.

And despite all the critical love and attention Porcupine Tree gets, in some ways, it's still not enough. 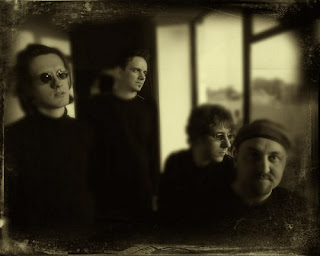 ’s gentle, delicate vocals float above and over the electronic and live drumming, while keyboard textures hold the spaces between mind-numbing guitar solos and acoustic passages. Songs like “Gravity Eyelids,” “Trains,” and “Lips of Ashes,” simmer with a hidden beauty. “Blackest Eyes,” is an instantly accessible, hauntingly memorable track, layering spaced out electric guitars between the interweaving keyboards. “Eyes” also hints at the fury that PT can launch into at a moment’s notice, breaking off into full-out assaults of what can only be described as metal, before dropping down in an instant into pure ambiance.

“Wedding Nails,” brings this contradiction to the forefront, a terror of raging metal, searing guitar riffs before breaking down into a free form avalanche of space guitar, cosmic interludes and ambient fills. Menace fills the air with each murderous chord. And it’s this unpredictability that best describes ’s music. As a composer, he knows no fear, never afraid to tack the most beautiful melody onto the most crushing chords, or lose himself entirely in the atmospheric ambiance of the moment, then tearing it to pieces, dissecting it like a creature under his microscope, before rebuilding again into some thing even more beautiful.

Perhaps no song greater than "Trains," sums up the subtle beauty of Wilson's vision. With his delicate voice, fragile in its vulnerability lilting above the acoustic guitar, the looping bass swoops in from underneath. Acoustic and powerful, it became the show closer for years after it's release.

Accessible without being predictable. Powerful without ever losing subtlety. Haunting in its tone and atmosphere, yet clear as a catchy pop song. This is modern prog at its most complex without being overly burdened with technical wizardry. Heavy and light in one breath.

This is truly one of my favorite albums ever - the first time I heard the opening cut I was hooked.

Steven Wilson is a true renaissance man in the music biz, and deserves every accolade he gets.

Nice job on this review, Racer. In Absentia is a timeless classic.