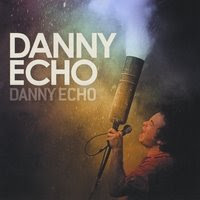 If there was any justice, in a world safe for classic pop music (you know, with silly, inconsequential things like melody and harmony and actual instruments), Danny Echo would already be making a nice little footprint in the world as a pop band from Vancouver that “made good.”

Their 2009 debut shines with lots of great songs and great song craft and does a great job of referencing pop stylings from Badfinger to Oasis, which both a small and big leap when you think about it. The core of the band, Danny, Mark and Ian are all is the biz, and have plenty of collective skills behind them to make this disc more Beatles than garage band. Some of the highlights are like getting into the Magical Mystery Machine for a good old fashioned pop tour.

"Killing Me" kicks it up on the second track, including a chorus that you think you’ve heard a million times when in reality, you’ve heard it once: Hey girl/your lying is arriving right on time/leaving you is leaving me so blind/I can’t believe you’ve left it all behind/ leaving you is killing me inside. All skittering drums, playful bass the song careens back and forth, great slashes of guitars punctuating the lyrics of yet another love gone wrong.

Referencing classic Brit Pop is "I Can't Take It Anymore", mashing up a couple different generations of pop genius: the short jabbing guitars of The Knack, the insistent drumming and vocals of The Jam, and the keyboard backing of Devo. Mashed up and careening into stadium rock, the song is pretty much insta-pop while never sounding derivative.

"Tomorrow Today" is classic Danny Echo, opening with some nice vocal harmony and clever verbal play in the lyrics before the band kicks ion behind a mid-tempo beat. Difford and Tilbrook might have stopped by to help on the lyrics as well, but the song is classic ‘60’s pop with just a dollop of Beatles. 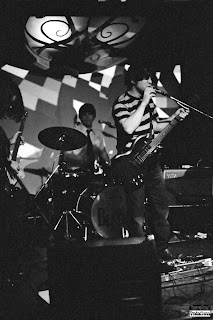 "It's Up to You" might have been left of the floor by XTC, picked up and dusted off by John and Paul and given to Brian Wilson the finish off. "Help Yourself" derives it timing from a loose spring that twangs in the background, but in the foreground the band harmonizes like Badfinger and the guitars tell a sad song, right into a classic solo that might have been ripped from George Harrison’s song notes.

"Given Up, Giving Up" is pure Oasis, with a vocal that reaches deep with its echo into Verve territory as well as deep into the lyrics. The quiet breakdown in the middle only amplifies the beauty of the Paul Weller guitars that drive the verse section of the song.

"Barely Getting By" edges into Barenaked Ladies territory, without playing the more cloying aspects of the song. Structured like a power ballad, we can rise up again/ we can win in the end/broken dreams never die/you’ll never feel alive til you’re barely getting by is the sad but true story of a million bands that you’ve seen on a bar stage.

Heres hoping that millions more discover the joy that is Danny Echo so that the band isn’t playing "Barely Getting By" in VH1 15 years from now and remarking how prescient they were. With Vancouver wishes and caviar dreams, the world could use a few killer melodies and even more beautiful harmonies. Pick up the new Danny Echo and enjoy a few yourself.