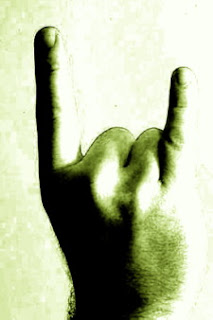 Monday Morning Metal Report, Part II
Happy Monday, Waveriders! Once again, I welcome you to face the work week with a new found fire in your eyes and steel reserve in your bellies. If the splash of scalding hot coffee in the face didn’t get the weekend funk out of your system, then these three discs that we’ve stumbled upon should do the trick. Of course, in true metal fashion, you’re gonna’ want to have your stereo set for maximum volume so as to receive the maximum benefit from the music. It’s loud, it’s obnoxious, it’s bound to piss off the guy gridlock trapped next to you on the freeway . . . its Monday morning and it’s time to rock! 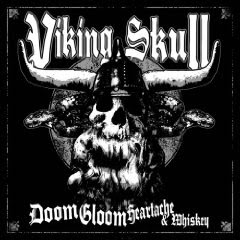 Viking Skull – Doom, Gloom, Heartache & Whiskey
With the name Viking Skull, one might expect something akin to Norwegian black or death metal. Oh ho . . . not so fast, my friends. This Viking Skull actually hails a little to the east of that. These guys formed a few years back in the UK and after a few releases, brought us this gem of mid ‘70’s era stoner/doom metal. Fuzzed out guitar tones and up tempo drum beats will have you rushing back to your closet to don your finest denim and leather. One hand grappled around the neck of a bottle of Jack, the other gripping the body of your favorite bong . . . you’re not going to want to be away from your friends for this high octane party. But it’s not like those big party scenes that one might see in movies such as Dazed and Confused or Almost Famous. This is music that invokes a darker image of burly bikers sitting around tables, card and pool, sucking down their devil’s juice, cracking their knuckles in the palms of their opposite hands . . . picking their teeth with a switchblade knife . . . mad dogging any outsider who opens the door to the bar and mistakenly steps into this watering hole of hell. This is the dirtiest and skuzziest black label brand of biker metal to wash up on U.S. shores in years.
Upon hearing the opening riff for the title track, the music acts as the perfect soundtrack to a pack of Harley ridin’ bikers winding their way along the open two lane road the aforementioned bar. Palm muted and chugging along at an even clip, the guitars set the tone for this anthem for the stoner/doom genre. Really . . . what sums up the genre better than “Doom, Gloom, Heartache, and Whiskey?” Once the bass drops in, this tune hits you with the weight of a thousand hogs right in the solar plexus, leaving you gasping for breath for easily the next four minutes of the song. The musical change up going into the guitar solo is tight and groovin’ and then once the band comes out of the solo, they change the groove up once again. This is definitely not your standard doom metal tune, there’s a lot more going on and the tune keeps the listener interested as it dips and dives, changing tempos and moods.
Quite fitting for a Monday morning, “Hair of the Dog” not only injects you with the poison that got you in a funk in the first place, but also acts as the cure. Up tempo and moving, this is a tune that should get your toes tapping, head bobbing, and ass shaking within the first two measures. Great tone of the guitars come the second solo . . . smooth like the shot of Southern Comfort from the night before. As can be expected, a good deal of the songs on Doom, Gloom, Heartache, &Whiskey has something to do with booze and the subsequent effects from too much consumption of said sauce. “Double or Quits” is yet another aptly titled high point of the disc. Tune your ears into other gems such as “Start a War” and “In Hell,” and then pass the bottle to this side of the bar. www.myspace.com/vikingskull 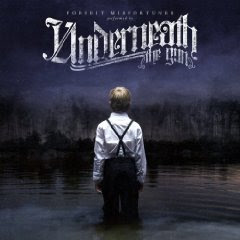 Underneath the Gun - Forfeit Misfortunes
If you found the last one a little too soft for your Monday morning sojourn, then try this one on for size. Somewhere on the same page as hardcore/metal acts like Diecast, Underneath the Gun brings an unadulterated and uncompromising approach to getting their point across. There’s no subtlety, no tack, no tip toeing around your sensitivity with this act. This band decisively reaches through the mesh of your speakers and firmly grips their wiry fingers into the muscle of your neck and spit their belligerence in your face. Hardcore breakdowns mixed with some serious up tempo rhythms and a basket full of venomous vocals make up the ten songs that you’ll find on Forfeit Misfortune. The day I put this disc from Ferret Music into the Ripple player, I immediately knew that I was hearing a keeper. Not that it’s breaking any new ground, but what these guys are doing is filled with strong chops and a resolve that will leave most quivering in their presence.
Take “Penitence,” for instance, as it opens without some grandiose musical epic, but simply explodes with the full band tearing through a fairly intricate passage all while the vocals shift between guttural belches and anguished screams. A mere thirty seconds or so into the tune, the band changes things up by dropping the tempo down to a fraction of the opening passage, almost getting melodic. Key word . . . almost. Then just as you’re getting comfortable with this new, slower paced portion, the band burst into the savage, blastbeat cacophony of the opening passage again. Keep an ear out for the guitar solo and the following musical passage as the band breaks into a pretty bitchin’ off time, left of center groove.
“No Place for Pardon” follows along the same lines as most of the other tunes, but Underneath the Gun add a few unique musical portions in this ditty to perk up the ears. I particularly like how they open the tune with the guitars piped through the right speaker before all coming together. It’s only for a couple of seconds but it adds a little dimension to the wall of chaos throughout the rest of the music. But most unique is the breakdown and guitar work starting around the forty-five second mark of the song. The guitars abandon the heavy distortion and take this odd timed melodic, dare I say jazzy approach, which makes the tune so much more compelling. Other songs of note are “Looking Deep in Shallow Water,” “A Sharp Definition of Dull” and “Crescendo.” This last track shows that these guys are more than a one trick pony and have the potential to do something beyond the typical hardcore/metal thing. myspace.com/UTG 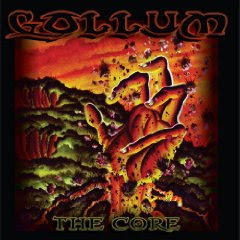 Gollum – The Core
By the time you make through the last two discs, you should be already and primed to accept The Core into your life. This album is a brutal metal experience similar to something you might hear from Mastodon, possibly Isis, but then take those sounds and fly warp speed so far left of center that you’re fluttering around in your own dimension. Mixed with the traditional metal guitar tones and rhythmic soundings, we have Gollum experimenting with bizarre song structures and seemingly random mood swings that create a truly wondrous listening experience. Hailing from North Carolina, these guys incorporate everything that I love about metal with everything that I love about experimentation. Never afraid to change things up to keep us drooling listeners on our toes, Gollum push the envelope on the tried and true form of the music that we all love and branch out in a remarkable artistic form.
I’m not done raving about this one folks. Brutal one moment, surreal and spacey the next, and all of three minutes and forty-six seconds long, “Darkhouse” is the quintessential song to what I’m talking about with this band. The opening riff has a thrashy aspect to it, but the tones to the guitars are more grating and scratchy, and with the distorted and psychotic vocals over the riff, this tune takes on a tone of paranoia. Steer clear of sharp objects when giving this tune a spin. High marks in regards to the way the whole band approached their performances on this one. The timing of the screams over the empty musical portions to add emphasis to the power of the riff, the double bass drum work at key times within the tune rather than dulling around senses with a constant barrage of the stuff, and out of the box composition make this tune one for the ages.
To show that these guys don’t simply come at you with both barrels blazing, as some might say, “Ominous Winds” is a delay drenched tune that creates an almost psychedelic air. At times, ambient swells of clean tones arpeggios flit across the mind’s eye, which are scattered by the occasional bursts of psychotic metal like a waving hand. The scattered musical notes eventually rejoin each other to flit around once again and again, are seen flying off in every direction once the waving hand of metal returns. This song is an amazingly beautiful journey that deserves constant listens to fully capture the essence of the music. And, the band does this throughout the recording. The entire album is a high point, but you’ll want to key into “Schadenfraude,” “Diggin'” and “Blacksmith (Summoning Wrath)” as they are all great example of the mind fuck you’ll get from The Core. www.myspace.com/gollum

Posted by The Ripple Effect at 1:13 AM