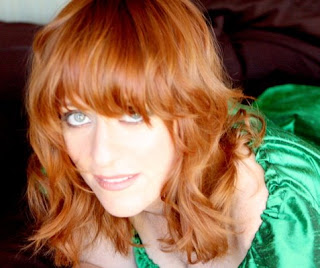 Susannah Blinkoff has the same music in her blood as her mother did, who just so happened to record herself, and was a composer/lyricist for Broadway. So it should come as no surprise that Susannah has produced a record that doesn’t stint on catchy choruses or solid hooks.

With solid vocals, and clean, clear production, Blinkoff has produced a disc of smart, sweet, sometimes sexy pop. The only problem is that the most sellable songs here are not the most interesting. And this truly brings up the dichotomy of creating pop: many times it might seem like you’re shooting for the lowest common denominator, but as anyone who has tried to recreate the Beatles has figured out, it isn’t easy to do good pop. In fact, its incredibly hard. Most anyone can play off key and loud and they’ll get someone in the audience to believe that they are “edgy” and “bleeding edge” simply for making noise. Susannah has craft, and the songwriting chops to deliver an album of shimmering pop.

It is, honestly, to regular readers of the Ripple Effect, not the usual disc. It doesn’t fall into proto-metal, prog rock, bluegrass, blues, or dark Norwegian Grindcore. And that is precisely why it’s worth listening to. For many of our readers, this is “alternative” in their CD collection.

"My Turn Now," is the radio ready single, catchy from the first notes. So Amazed, the next to last track, is in the same vein, with choruses that you’d walk around singing without realizing it. They are beautifully produced and played, and Blinkoff seals the deal, a crystal clear voice delivering impeccably produced, but not over produced, pop. 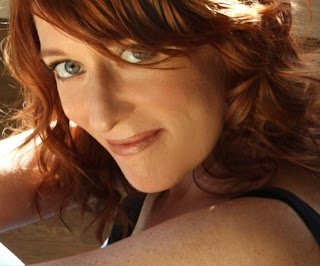 But there is far more interesting material on the album. "Lets Pretend We Touch" reveals the sultry side of Blinkoff, over a jazzy drum track and deep bass that isn’t even remotely at odds with the psychedelic guitar that stonedly winds its way in and out of the track. Nineties pop meets the sixties and the two hook up. Same with the opening track "I Got Lucky." A bass riff and drum loop and Susanna on a vocal reverb and she brings the soul I was locked up tight/you provide the key/broken pieces on the floor/ scattered on the floor/put me together/not broken anymore before sailing into a shimmering chorus I got lucky/ when I found you/ if you never came around/ don’t know what I’d do. Susannah’s been channeling a little Aretha, a little Joss Stone, a little Crow, and a little bump and grind.

"Lets Pretend" is the last of the bass drums, but producer/musician Rick Jacques knows the drums are his friends: they’re given plenty of sonic space which to play. Without crowding Blinkoff’s voice, you can hear the rattle of the snare, feel the muffle of the blanket in the bass, hear the wingnut on the high-hat. Susannah is in front sexing up the mike while Rick kicks the rhythm up about three notches. We’re playing in Madonna’s backyard, channeling "Justify My Love," a celebration of bass and moving those hips. 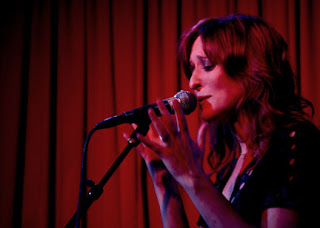 "Be All Right" could have been pulled off of Sheryl Crow’s Tuesday Night Music Club. Blinkoff’s secret weapon is that not only can she sing, but the husky quality in her voice lends it depth that can elevate the ironic line or the catchy chorus well beyond the usual banal pop chanteuse. I may be wrong / I may be right/ somewhere in between the black and the white/ tired of putting up a fight/ this time you can be right is the sort of line that only someone who has been in and out a few relationships can write. Riding the back beat and what could be a noisy strat, Susannah shows great restraint and delivery on this one. What she doesn’t hold back on is the song Live On, looking back, seeing death and still wishing that they were here. Sad and sweet, it is sung with the best mix bitter and sweet, regret and soaring vocals that they’ve smartly resisted the urge to put over the top. With lyrics that celebrate those of us who have carried on, it resists the urge to tie us down to specifics, and Blinkoff’s performance is equal parts powerful and simple.

"Turn to Me" takes a left turn into a café, a little gentle rim play by the drummer, the acoustic guitar, a breathy Sarah McLachlan vocal, the kind that she could deliver before she got full of herself, and Blinkoff gives us a sweet lead that avoids the saccharine. The is even a sweet George Harrison solo nodding in the direction of the pop masters. A dusky, putting-chairs-up-around-you-at-closing-time, cover of Vienna gives an intimate turn to a minor Billy Joel classic. The Storm is Passing Over also reminds of McLachlan, but is the the a cappella version of "Texas Girl at the Funeral of Her Father" (a Randy Newman cover), the album closer that has the soul, both fittingly capping the album while inviting listener back for more.

I'm ready to walk back into this bar. Order up a round of drinks and let the band set up. Isn’t that what we should want at the end of the album?