March 02, 2009
Born from years and years of rock ‘n roll history that came before them, I’m proud to present a couple more juicy nuggets of modern rock that borrows from the past, yet blaze a trail to the future in their own unique way. Familiar tones in different voices, and vice versa. Melodies that remind you of one band at one moment, then sounding like nothing you’ve ever heard before the very next moment. Exciting. Fresh. Cutting edge without being avant garde. Rock ‘n roll that you just can’t seem to get enough of . . . 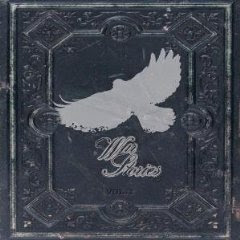 War Stories – Vol. I
I’ve had this disc kicking around my pile of stuff to get reviewed for months now, and I would have to say that War Stories are the poster child to which I created this latest forum. We’ve all heard these melodies before. We’ve all heard the jangly strumming guitars, the rhythmic piano chiming away, the staccato beats, but what we haven’t heard is the way these guys compile that together with this singer’s voice! Again, you’ve heard the voice before, but never to this degree. First, you’ve got to take the sexy swagger and melodic knowhow of Bono, then combine that with the unorthodox phrasing and textural emotion of Cy Curnin, and finally, add a pinch of that deep whiskey drenched country drawl of Johnny Cash, and voila! The guys name is Evan Robinson. Y’all may want to remember that one.
As for the music, let me start off by saying this, damn near every song on Vol. I is a gem. Seriously. You could drop the needle at any point of the disc and listen to a song that will lift you up, take you away, and drop you off in some place completely different. The lead track is insanely catchy with its Coldplay-esque piano melody and sweeping brush strokes of open chords. “Rage” hammers away with its upbeat tempo, propelling the listener into a toe tapping, head bobbing dance of the dead. “Without Love” soothes with its acoustically strummed melody, which juxtaposes nicely against the dark and haunting lyrics from the first verse. This one’s a beaut and all around memorable track. But, it’s the strength of “Because I Love You” and “Take My Everything” that make Vol. I a keeper. “Because I Love You” kicks off with that classic ‘80’s guitar sound a la The Cure that ultimately opens up into an amazing wall of distortion. “Take My Everything” follows with the same treatment and when you hear the vocal performance, I’m sure you’ll hear what I’m hearing. A passion that just can’t be kept in. An emotion so passionate that it becomes physically painful. A massive something that just needs to get out!
War Stories borrows here and there from bands like U2, The Fixx, The Cure, etc., but they don’t sound solely like any one of these bands. They take those influences from a few decades back and inject a touch of modern sensibility to the whole thing and create their own sound in the process. Most of that distinct sound comes from the vocals, which sound as if they’re being recorded in one take rather than being layered on top of itself. If that is truly case, the good Mr. Robinson has got some serious stamina to belt out performances like these. Strong songwriting, strong performances, solid production . . . superb work, gents!
Buy here: War Stories, Vol. 1 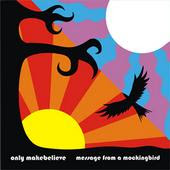 Only Makebelieve – Message from a Mockingbird
This album started off pushing my emotions one way then after subsequent listens to try and really grasp the depth of it; the music took me to a completely different destination. Initially, I thought that Message from a Mockingbird was purely a progressive rock album in the vein of Porcupine Tree or Riverside, and though it does have a lot of those tendencies there’s something else lying below the more apparent layers of ambient, acoustic, and complex song arrangements. There’s a soul in this music that is often times lost in the more traditional displays of prog rock. Plus, the tunes have a poppier edge to them. There’s a heartfelt and soothing layer of music that flutters around like a swarm of butterfly on a May morning. Hopefully lifting and inspirational, Only Makebelieve bring a funky vibe to their brand of “prog,” showing that they also come from a different place than a lot of the pop and prog masters that we’ve been so used to listening to.
“Spending My Life” is the tune that made me stop and take full notice that Only Makebelieve are a band that marches to their own beat. Beautifully lush acoustic guitars with a hint of ambient synthesizer humming away in the background, Wyatt Michaels lead vocals acting as a warm blanket on a cold night, this is a tune that opens with all of the classic pieces of the puzzle. What separates this from the rest is when the band opens the song up, strumming those acoustics with the rhythm that has that funked out, quasi-70’s vibe. The chorus to this tune is tinged with electronica, techno beats bumping in time, the dance floor will be littered with the broken bodies of the weak. I dare your hips to not do that rotating thing. Amazing tune!
“Backstab” is a classic tune, hitting us with a thick and distorted guitar, accompanied by some sexy bass lines, and wrapped up all nice and neat with one of those hum along choruses that will travel with you through the day. Musically, I can’t tell you who this sounds like other than Only Makebelieve. It’s refreshing to have all of this music coming along that isn’t so avant garde that it’s creating its own island in the music industry but rather taking the music that we already enjoy and enhancing the listening experience. For the longest time, the vocals reminded me of someone and I swear I couldn’t figure it out until I heard the voice of Dylan Donkin during his tenure with Echobrain. But that resemblance only happens on a couple of songs. The rest of the time, Michaels’ voice has a texture and tone all to its own. Other high points of Message from a Mockingbird are “Rayna’s Smile,” “Sunflower,” and “Nuclear Reactor.” The album is filled with solid songs that rock with memorable melodies, fantastic musicianship, poignant lyrics, and an edge that belong to this band alone. - Pope JTE
Buy here: Message from a Mockingbird