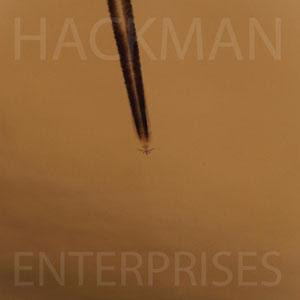 This is a great album to start your workday. At least for me it has been.

I’m lucky enough to sit in my own office so I can listen to music all day and not really bother anyone. However, super fast stuff will drive the lady in the next office nuts and if I play anything too loud the people in cube-land will start to complain that they can’t hear themselves talk about sports. As the work day progresses and everyone’s productivity increases, I can turn up the volume and tempo if I want. Most mornings I’ll start with something like Horace Silver or BB King, but I’ve also found that Sleep’s “Dopesmoker” is great to stimulate the brain into functioning.

This new Hackman album Enterprises is sort of like that.

When the Ripple asked me if I wanted to write up some new releases rather than the usual Mountain/Grand Funk oldies I said what the hell. I’ll only write about what I like and now I like Hackman. I had heard the name and knew they were from Boston but nothing else. The one sheet and bio from Small Stone Records says that Enterprises was recorded in Brooklyn. Hey, I live in Brooklyn! But probably not in the part of town where this was recorded. That’s good, because I wouldn’t want anyone making this kind of a racket in my neighborhood.

This record is loud no matter what volume you play it at. The opening song “Panama” is thankfully not a cover of one of my least favorite Van Halen songs but more like a variation on Black Sabbath’s “Hole In The Sky.” On the first spin of this record, it wasn’t until the 2nd song “Monoceros” when the vocals kicked in that I realized Hackman is mainly an instrumental band. Their riffs and jams are super heavy but very well written so the lack of vocals keep the songs compelling. A lot of bands that attempt this style of music wind up sounding like an extended Sleep soundcheck while they wait for the soundguy to turn on the PA system and put up some vocal mics. 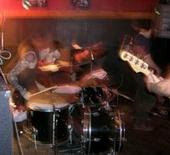 There are 10 songs on this record and they flow together really well. “End of Men” is a two minute acoustic (eeek!) guitar interlude in the middle of the record that makes the heavy stuff sound even heavier. It gives the album some light and shade that many heavy bands avoid. It worked really well for Black Sabbath and Led Zeppelin. The sound on this thing is HUGE. The bass is filthy, the drums boom and the guitars crush. The vocals, when present, are hoarse, shouted statements of discontent (such as “I don’t want it/you can keep it” over and over). The song “Bludge” has samples of what sounds like a bunch of drunk rednecks arguing at a party at 3AM right before the cops show up.

You can just put this record on and be transported to the riff filled land for about an hour and not be interrupted. There’s also a great hidden bonus track after a few minutes of silence at the end of album that’s mainly ambient guitar noise. I wish I had the time to get baked and listen to this really loud on my home stereo but that’s probably not going to happen anytime soon. I would strongly recommend that you try it and lemmy know the results.