Tuesday's Zen - Athlete - Beyond the Neighbourhood 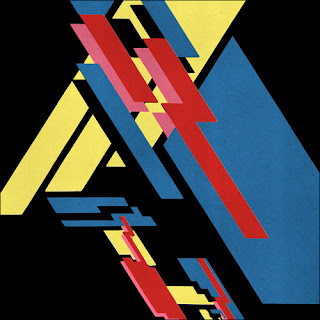 On first listen, Athlete's third studio album may initially appear a reasonably straight forward continuation of their previous effort, Tourist. But first impressions can often be misleading, and pleasingly, after just a few listens to 'Beyond The Neighbourhood' that old adage proves as true here as ever. Once you've become accustomed to its sound, its structure and its nagging hooks, this is a record that reveals itself to be much more than just a regurgitation of the bands previous platinum selling success.

Although this is not by any means a full return to their belated Brit-pop roots, some of the inspired quirkiness and shape-shifting songs which were the hallmark of 2003's, 'Vehicles and Animals', but were notably downplayed two years later on the more commercially successful 'Tourist', have returned here. A fact sure to please the legions of fans won over by the individuality that dripped from the bands debut. The changing structure of many tracks is reminiscent of earlier works and will see you toe-tapping and humming along to the same tune you didn't think much of just twenty seconds earlier. The hands-in-the-air, sing-out-loud choruses of old favourites like 'El Salvador' and 'Westside' may not be immediately apparent, but that is not to say 'Beyond The Neighbourhood' doesn't have it's hooks. First single 'Hurricane' is as upbeat and defiant a track as the Deptford boys have come up with to date and both 'Tokyo' and 'Second Hand Stores' ought to make successful, almost anthemic singles.

Electronic experimentation around an indie framework has always been Athlete's bag and this album is certainly no different. The opening track 'In Between Two States' is an atmospheric lo-fi instrumental Massive Attack would be proud of, and the theme is continued throughout, with varying degrees of success. 'The Outsiders' which Pott cites as "about being English" is blessed with a gorgeous, lolloping soundtrack, unfortunately at odds with it's awkward lyrical content and 'Flying Over Bus Stops', although a beautiful wave-drenched lullaby is so gentle you'd be forgiven for thinking the CD had stopped and it's rather flailing semi-crescendo finale may lack the oomph to win back your attention.

Worthy of note is the 9/11 inspired 'Best Not To Think About It' for which Pott employs a similar style of songwriting used on Tourist's award winning smash hit, Wires. Telling a very condensed personal story through the eyes of an imagined protagonist he deftly manages to evoke emotion and distaste without overtly making a political statement. The result is a respectful and dignified dirge. Reminiscent of Claptons Tears In Heaven, it's difficult to listen to because of the subject matter rather than the manner in which it is dealt.

On the whole an record more playful and upbeat than Tourist, more grown-up and settled than Vehicles And Animals, with Beyond The Neighbourhood, Athlete have combined the best of both previous albums to create a sound which, whilst instantly recognisable as their own, still manages to be both separate and distinct nonetheless. Although it is by no means flawless, Joel Pott and friends have taken a commendably progressive approach, that has created a third album echoing with depth and which rewards the repeat listener handsomely.

Buy here: Beyond the Neighbourhood

www.winstonszen.com
Posted by The Ripple Effect at 12:12 AM