A Sunday Conversation with The Morning Stars 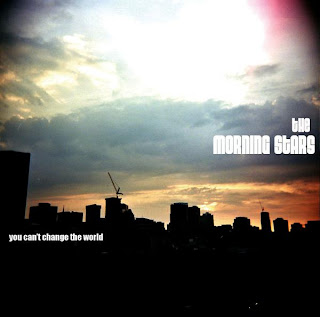 Rocking our world with a dynamite brand of melody heavy, sixties-rich, britrock, The Morning Stars blew us away with their debut album,You Can't Change the World. Immediately, we knew this was a band to be reckoned with, our bet to break it big someday. So naturally, we had to extend the brothers Ivec an invitation to come flatten some cushions on our interview couch and share their views on music, writing and world revolution. Ok, no revolution, just music. Vocalist and bass player, Micheal Ivic, ignored his common sense, and took us up on our offer. With the band's new album nearly competed, we couldn't have been happier to hear what one of the Ivic brothers had to say.

When I was a kid, growing up in a house with Cat Stevens, Neil Diamond, and Simon and Garfunkle, the first time I ever heard Kiss's "Detroit Rock City," it was a moment of musical epiphany. It was just so vicious, aggressive and mean. It changed the way I looked at music, what it could sound like, how it could make me feel?

I found a cassette that my parents had that was a Rolling Stones collection. I was pretty young at the time. Maybe 5 or 6 years old. Definitely a profound experience. Much more aggressive and a darker edge, than anything I had been listening to before. I had a similar experience later in elementary school in the 80’s, when I came across The Cure. Their music was just so out there. Weirder and scarier, and more original than most music out back then and even to this day. It opened my eyes and ears to underground/alternative music.

The difficulty sometimes, is knowing where to start. Mars and I usually end up coming up with an idea independently and then present it to each other and work on it from there. An idea may start with a lyric, beat or a bass line, a dream I had or a sound I heard. I really just try to grasp on to anything that’s flowing. If I try to force anything it goes nowhere and usually ends up pissing me off. Lyrics usually end up taking the longest.

A lot of the song gets constructed during the recording process. The bass line goes down first, and then we keep layering parts to that. There’s a lot of discussion about how certain sounds should sound and how we want the song to feel. But again, we don’t try to force it. I don’t like thinking about the process too much. It takes the fun and spontaneity out of it. 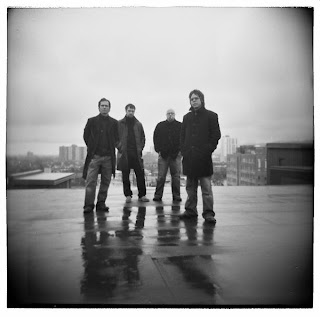 We just love making music. There’s an innate force that makes us want to do it. Our personal, social and political environments influence our moods and that gets expressed in the music. There’s no shortage of craziness going on in the world today. Are we gonna melt down or blow up first? I guess that’s a little more despairing than inspiring. Whatever the feeling, it’s certainly driving the sound of the next album. Sonically and lyrically its grittier than our first.

I don’t like describing our music. It makes me anxious.

I hope our music connects with people, but that sounds very pretentious. The whole process is a selfish self-expression. It’s our creative outlet. Of course, we’d like the audience to feel the emotion in our music, just like they do when they listen to anyone's music. 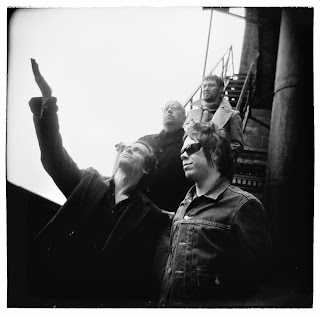 Yes, that is the crux of every bands existence. There is only one way to keep moving the band forward; keep making music. We’ll keep doing this until our financial resources or patience, or love of making music reaches its end. Then we’ll play tennis. At this point we’re happy to be working on a second record.

Do you have a particular sound in your head that you try to bring out? Or is the creation process random and spontaneous? Or both, or neither?

We definitely have an idea in our head of how we want to sound, and how we want to be perceived to sound. It’s everything a band strives for. That includes the direction of the songwriting and the actual sounds on the recording. We usually have an intent, but the process is still random and spontaneous and we let it develop on its own.

Where do you see you and your music going in ten years?

If I tell you it won’t come true. 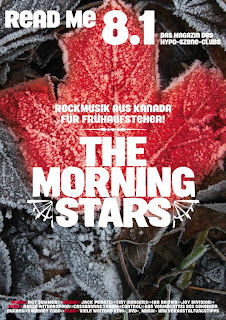 I have no idea. When I hear what people refer to as great songs these days, I’m completely baffled. Apparently any American Idol winner is singing a great song.

I can tell you what I’m listening to now. Portishead, Unkle, Radiohead and Dave Brubeck are playing steady at my place. A lot of Massive Attack and Underworld as well.

Am I on American Idol?

Vinyl for sure. I love vinyl. Love buying it. Love owning it. I love the sound and the large format of the packaging. Despise CD’s. Worthless, soulless pieces of plastic bound for landfills. Digital is pretty great too. Having my whole collection at the turn of a dial, has got me listening to more of my music library than ever before.

What's the best record store in your town?

Criminal Records on Queen W in Toronto. They have a great vinyl collection. It’s all new stock and the staff is friendly and knowledgeable.

Thanks, Michael. We can't wait to here the next album.