A Ripple Roadtrip - Another Musical Cornucopia

As my brethren, The Pope, said in his Insatiable Feast of Indescribable Rock and Roll post, we've been inundated at the Ripple office recently with a wide swath of music from all genres. A veritable variety of voices. While this is a beautiful thing for our very salivating ears, these many sounds don't always fit nicely into one simple post. With that in mind, for today, I wanted to bring you with me on a recent road trip, a typical day's drive, to give you a taste for life as a Rippler, squeezing myself into an old Ghia, and the sorts of sounds that accompanied me as I cruised about town. 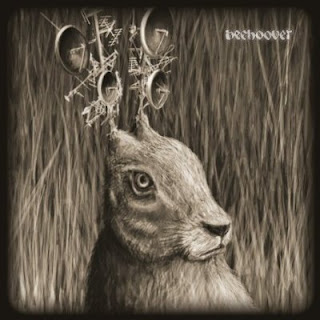 First up was this out-of-left-field, poundingly heavy, brutal display of stoner/sludge riffery, Beehoover. A duo operating out of Germany, Beehoover tire iron more massive, head pummeling riffs into this little monster than Iced Earth had on their last 10 years worth of output. Completely non-linear, tossed about with a massive dose of weirdness, Beehoover is quite unlike anything else I've heard. A statement like that always needs to be followed up with the disclaimer, this may not be for every one, but damn, if you can tolerate a little bizarreness while you beat yourself silly with a guitar hammer, give this one a try. Essentially a drum and bass duo, Beehoover expand the realm of the all mighty riff, verging into Tool-esque excursions into surreal, alt stoner prog territory previously only inhabited by the likes of Salvador Dali's melting brain. I haven't heard anyone work their bass like this in my life, pounding it out more like a detuned guitar, full of monstrous chords, than what you'd expect from the standard bass role. Really wild stuff. I've seen this album described as a "mind fuck of metal," and who am I to argue with such eloquence. If you're timid, stand clear, but if you've got an adventurous bone in your body, that really wants to see where a couple of completely weird, amazingly talented musicians can take their metal, give this horse a trot.

The Spring Standards - No One Will Know

After the savage punishing my ears took with the Beehoover, it was time to let things settle, let my inner ear's anvil and hammer rest a bit before the next onslaught. To that purpose, I popped in this little ditty, and boy was I glad I did. The first track on this six song EP, "Goodbye Midnight," is as good and beautiful as indy pop gets. This is a glorious moment of jangling, sparkling pop, acoustic guitars laced with perfect male and female dual vocals. With the intensely catchy chorus, this sounds like some long lost gem from Prefab Sprout. The rest of the EP goes on from there, jaunty bits of jangle indy pop, from the bouncy, sunshine pop of "In the Underground," to the slightly blues-infected "Little Bug," that comes to me like an alternative pop version of Jim Croce's "Bad, Bad Leroy Brown." Much to like here. If this sort of sparkling, indy pop is your thing, jump on over to their myspace page and check them out. The songs are all there. 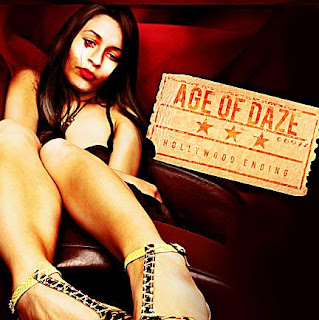 Ready to rock again, I slipped the debut from Age of Daze into the player. Top down on the convertible ghia, I hit the freeway as the near perfect, alt-metal pop hooks of "Afflicted," soared out of the speakers. This is guitar heavy, punch drunk alt-metal, comfortable sitting next to Three Doors Down, Puddle of Mudd, or Seether. After the acoustic intro, the riff on this track is massive, instantly catchy, but what really grabbed me was the gentle vocal interplay, the harmonies, before the big throated vocal leads took over. To me this song plays like Nickleback but with more honesty, less pretense and deliberate manufacturing. This is one big, massive song. Fortunately the rest of the disc followed suit, setting loose one big riff after another, without ever loosing site of melody, or hook. This is made ready for radio play arena rock, ready to step up with the big boys and rock the house. "Overrated," rides it's big moshpit riff all the way to the choral break. I can easily see gobs of fans headbobbing in the front row, shouting out the chorus in unison. Despite all the ferocity, however, the highlight of the disc for me is the bonus track at the end, a profoundly moving acoustic version of "Believe," the vocals reaching new heights of emotion here and a chorus hook to die for. Already nominated for a Canadian Radio Music Award to go along with their two East Coast Music Award nominations, it seems the world is already starting to tune in. If you like big, radio-friendly, hook heavy alt-metal, you won't want to be left behind. Find them now, claim them as yours before it's too late. 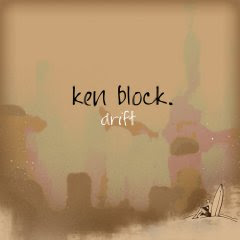 Needing to let my ears cool down again, Ken Block's latest solo effort, Drift, made its way next into my player. Long loved as the main voice of alt-roots rockers, Sister Hazel, Block steps out on his own here, releasing what is very much a solo album in every sense of the word. While he does have a backing band, they're of little importance as this disc is firmly rooted in the singer/songwriter tradition, emphasizing one man and his guitar. Block has always had a magnificently expressive voice, laced with an adenoidal texture, a wavering, crackling, intensely soulful instrument. He's also been blessed with an acute sense of melody, as any one who's ever heard Sister Hazel will attest. Here, he brings it all together releasing some beautiful slices of pop from his world. Gone are the rockier moments of Sister Hazel, in it's place are the quietly building acoustic of "Blue to a Blind Man," the slightly jaunty "The Other Side," and the beautifully evocative guitar and mandolin opening of my favorite tract, "Completely Wasted." Throughout, Block's voice is a fine as ever, wavering and cracking. A voice with meat on it's bones lending credibility to his tales of love lost and isolation. Interestingly, Block has also taken a page out of the Jimmy Buffet page book, creating his own world of Blockville, a place where long board surfers still rule and sit patiently by the seaside, watching the incoming breakers. Based on the loose groove of this solo album, Blockville seems like a fine place indeed.