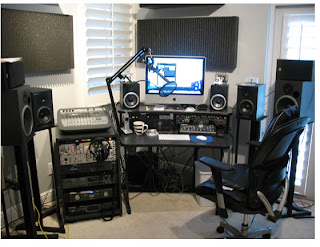 Welcome back, waveriders, to another installment of one of my favorite columns, The D.I.Y. Ethic Lives on. Perhaps it's because I get up at 4 am every morning myself, to try and cram a few extra hours into my day as I put the finishing touches on my first novel, that I have such a deep respect and reverence for the D.I.Y. musician. The passion with which they follow their muse, their unbeaten desire to create music, even when the odds of the world are stacked against them. The sacrifice of everything (including bathing sometimes) to try and squeeze a few more hours out of their days and find that perfect sound. It's a beautiful thing.

So without further ado, here's this months D.I.Y offerings to inspire you. 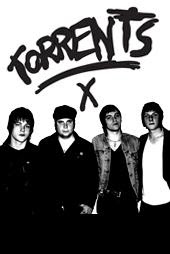 These cats first came to my attention via our main finder-of-cool-English bands, Winston of Winston's Zen. Without pausing, I got my hands on this CD single and was quickly blown away. I mean hurricane force blown away. Hailed as Manchester Evening News's Unsigned Band of the Week for 12/10/07, I can't believe that status will last for long. This is an explosive burst of fired up, Libertines meets the Jam, fully inspired Britrock with enough juice to qualify as a full-out kick in balls. These guys attack their instruments with viciousness, creating a charging wall of guitar that needs to be heard. Throw a cool sounding front man into the mix and I've died and gone to Britrock heaven. Two must-hear blasts of pure frantic, post-punk, pop energy. Absolutely fantastic stuff! 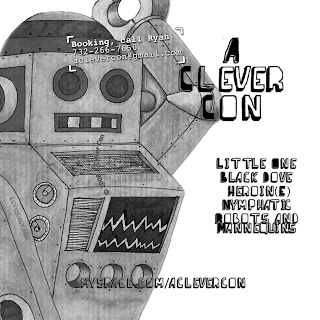 Coming to us from the East Coast, A Clever Con have just recorded a demo of freaking ultimate cool. Just check out the massively mutated old school swing beat of "Little One," ramming right into the big, screeching guitars of the chorus. This song has got more cool vibe than a whole street full of Cotton Clubs. "Black Dove," rages out next, a direct alt-metal blast, fully inscribed in the Incubus vein, both in terms of voice and craft. And what ever you do, don't worry, melody hasn't been forgotten amongst the cymbals and battling guitars. The chorus is an earworm, eating directly into your brain. "Heroine," starts off with a stunningly gorgeous acoustic guitar before the very-Incubus-esque vocals layer on, again the whole song ramping up in a crescendo of muscularity. Without a doubt, this song would be a certain hit if it can only get the attention it deserves. Think the acoustic version of Incubus's "Drive," to get an aural hint where this track is coming from. Vocalists/guitarists Mike and Ryan do a fantastic job of harmonizing, bringing out the anguish in each others's voices in a way that just touches the hairs on the back of my neck. And finally, "Nymphatic," brings on the funk, tripping on a reggae beat before the alt-metal comes crashing down. Here the rhythm section of Bob and TJ shine, bringing the track home with a flurry of time shifts and mood changes. Beautifully done stuff, but don't take my word for it. The whole demo is available for free download on the band's myspace page. Go check it out for yourself. You'll be glad you did. 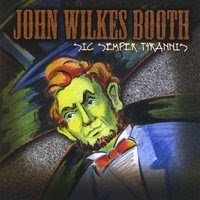 Veteran scuzz/fuzz rockers, John Wilkes Booth blow the fucking dust off your bong with this adrenalinized blast of what the boys affectionately call "dirt rock." In truth, there's no arguing that tag, this is dirty, ballsy, scuzzy and sleazy, hard biting, punked-up rock and roll. What the boys don't tell you however, are the masses of nasty little critters living in their dirt. "Eye Rack," the lead-off track and by far one of my favorite stoner metal songs of this short new year, jumps off the CD spincoat like a rattlesnake shooting right at your scrotum. Blessed with a freaking awesome, grove-infested riff, this rattlesnake's not content hanging onto your ball sack, but quickly starts taking poisonous stabs at your privates. Not a song you'll forget. The rest of the CD follows suit, just one explosive exploration through the dirt pits of JWB's music. "Breathing For No Reason," barks in gangrenous stoner metal territory, again riding a groove that can drag your ass all the way through the desert. "Smack for Larry," brims with a grungy/alt-rock moodiness with vocals as expressive as Violent Femmes. "Hey Girl," belches in waves of of putrid punk popping up in the dirt, along with huge swathes of metal stoner weeds. A dirty, nasty trip and one you'll thank your lucky stars you took. 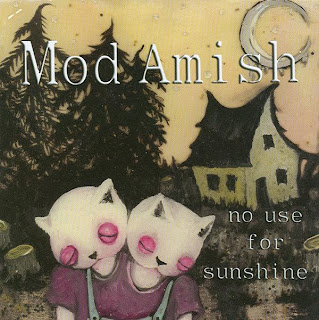 Mod Amish - No Use for Sunshine

Talk about a grower. I swear everything about this disc just keeps getting better each and every time I play it. On first listen, I was attracted to the X-ish intensity and vocal harmonies of the lead-off cut, "Sangreal." Then, on next listen, it was the mighty powerful Husker Du, garage, alt-punk of "Fade," and "Involving a Hearse," that caught my ear. Just check out those choruses for a trip of beauty right back to Minnesota in the late '80's. Third listen brought me face to face with the stark, languid, Joy Division or early Jesus and Mary Chain-esque melody of "September," a song I just can't stop playing. Slow and deliberate, like a beaver building a dam, the song layers upon itself all the way to the big noise-rock chorus with melody hooks big enough to catch a whale. "Gone to Pieces," finishes the first half of the album with a melodic fuzz-punk blast of pure alt-rock energy. And we've still got 5 tracks to go. This is alt-rock done right, laden with melody and drive, and completely ignoring the mainstream. Next time you get tired of the same ol' crap on what passes for radio, tune into the Ripple Radio Show. We'll be playing cuts off this baby for months to come. Heaping on piles of influences from the past and forcing them kicking and screaming through their own amps, Mod Amish will satisfy your alt-musical itch. God bless the underground.

Glad you're still digging Torrents. They've been supporting some fairly major acts over here in the UK in 2008. And I'm expecting big things in 2009.

The boys are heading back into the studio with The Enemy's producer Matt Terry in February, so hopefully they'll be plenty more to come from them yet.

Where are those A&R guys when you need 'em?