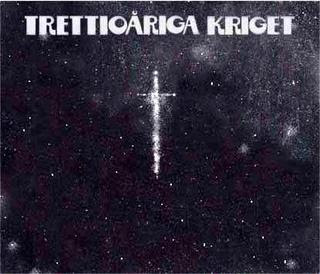 Racer and I are huge fans of live albums coz’ there’s nothing like hearing your favorite music played in a live setting. If captured correctly, as fans, we should almost feel like we’re at the venue, breathing in the toxic wafts of second hand pot smoke and spot drying spilt beer from our pants. We should also be able to sense the nervous excitement from the musicians bursting from the speakers as they strike the first chords to get the crowd moving. Oh, and the crowd! We have to be able to hear them because without the crowd, the band might as well be playing in the studio. A live album needs to have that sense of danger . . . that sense that at any given moment, with one slight misstep, the wheels could go flying off and we would be left to sit around to witness the carnage. With live albums, there are two ways to go about it. One is to record the performance at one locale, giving the listener the sense of crowd floating with fellow fans in a place like, say . . . Detroit (Rock City, baby!) The other option, and one that works well for a variety of reasons, is having the band record a number of performances from a number of locations from a number of different eras. I, personally, don’t have a preference to which format, as long as the recordings capture the essence of the band in a live setting, and Trettioariga Kriget have done just that.

War Years comes to us just about a year after their epic studio release, I Borjan Och Slutet, and captures the band from their very first show in 1971 to more recent dates in 2007. Trettioariga Kriget have given us an audio time capsule that highlights their musical journeys from ‘70’s prog to ‘80’s pop rock to a combination of the two for the new millennium. For folks who are new to TK, the two disc War Years is a fairly good starting point. The album contains twenty-five tunes spanning their thirty plus years of music and features an even amount of tunes from all of their studio releases. For the long time TK fans, this is an album that fills in the holes and gives us a greater understanding of the bands musical growth through the years.

The first disc, entitled “Past,” highlights the band as they take the stage for the first time in Saltsjobaden, Sweden. The band is introduced, and imagine if you will, being in this tiny club, hearing this music coming to life. You can feel the youthful exuberance from the lads as they take the stage, the cheering from the crowd, as they break into a rousing rendition of the harmonica laden “Confusions.” As the song fades away in mid groove, the harsh groove is replaced with the more somber strains of “Perspektiv,” captured three years later in 1974. Psychedelic and spooky, the band bounces from more ambient and reflective passages to full on classic prog rock moments. Blues infused guitar solos blend with soaring instrumental waves from the rhythm section. Christer Akerberg takes us back to a time when it was cool to have shoulder length hair and sit at the corner café discussing religious or socio-political theory. The bass solo from Stefan Fredin shows the raw talent of this band and their youthful confidence to just get out there and play the music that they love.

Dancing through a variety of tunes from their first five albums, Trettioariga Kriget have given us an audio snapshot of a band trying to make it in the music business while trying to retain their own individuality. “Handlingens skugga” and “Krigssang” captures the band in all of the early prog glory as these tunes feature complex time changes and heady musicality. The tunes are packed with a ton of notes and fretwork acrobatics, soaring vocals, and frantic drumming, but amazingly the songs never lose their sense of melody. “En Kvall Hhos X” and “Den stora kliniken” come to us from the grossly underrated album, Hej Pa Er (I’ll get to that review in time, my friends.) In particular, the vocal work of Robert Zima is as soulful as it gets on “Den stora kliniken.” In fact, the overall performance of the individual members shines on this tune. From Christer’s timely guitar work to Stefan’s million note flurry, the tune retains so much groove and, dare I say, sex appeal. I’m having a hard time deciding if I like the live version or studio version of this tune better. The rest of the “Past” disc is packed with tunes from the more “radio” friendly and straight up rock numbers from Mot Alla Odds and Kriget. These tracks have a bouncier and less imposing feel than the bands earlier material, but within the confines of these rockers, TK manage to keep them interesting by adding more of their trademark time changes. Think of these songs as Rick Springfield playing in 3/4 or 7/8 time. Whoa . . . that’s kinda’ cool. Check out the passion in Zima’s performance on “Mot alla odds” . . . that, my friends, is good stuff!
The second disc appears to have captured TK in two locales in 2004 and 2007, and features twelve outstanding renditions of tunes from all but the Mot Alla Odds and Kriget albums. Being that the tunes are in a more current setting, the production value is a lot cleaner with the band sounding like they’re playing inside my skull. After an enthusiastic introduction during the 2004 Prog Day festival in North Carolina, USA, the “Mighty Trettioariga Kriget” power through an absolutely resounding version of “Lang Historia” from the Elden Av Ar album. Again, individual performances shine like stars in a clear summer night sky. Zima’s vocals, Akerberg’s guitar lines, drummer Dag and his powerful to gentle approach, Mats Lindberg with his synthesized sonic soundscapes, and Fredin’s wah’ed out bass attack . . . all of it working together to create a truly stellar piece of work. Being that this is the first song that I ever heard from these guys, it holds a special place in my heart, but God . . . I never expected it to sound this good live! Listening to this makes me want to audition for the band. I don’t care if there’s no job opening, I just want to play with them!

Trettioariga Kriget does a great job of mixing up the songs on the “Present” disc, featuring a number of tunes from Hej Pa Er, Krigssang, and the self title debut. However, I was a bit surprised to see that there was only one inclusion from their latest studio effort, I Borjan Och Slutet. I was going to highlight a few tracks from this portion of the album, but there’s just not enough time to go into it, but I will say this, “Moln pa marken,” Om Kriget kommer,” and “Andra sidan” are beautifully performed and incredible renditions of the tunes. The song that grabbed my attention the strongest was “Krigssang” from the bands second album. Fiercely beautiful, passionately performed, emotionally moving . . . all phrases that work well to describe this song. This one’s getting played on the radio show . . . that’s all there is to it!
The day I plugged War Years into my CD player, I remember stepping out of myself and seeing that I was sitting behind the wheel of my car with the biggest damn smile a guy could have without getting laid. This album sounds so damn good it would be a crime to not tell you all about it. I do this with y’all in mind. War Years accomplished what I ask of a live album . . . it made me feel like I was in attendance, not just that I wanted to be there. A part of me is content that I may never see them live because I have this disc as my constant companion, but that doesn’t mean that I’ll stop trying to make my way to Sweden. Guys, thanks for the “memories!”
And before I roll out, special attention needs to be given to the bands lyricist, Olle Thornvall. The guy’s been with the band from the beginning and has written a great and detailed account of the bands history, which is included in the CD booklet. Olle . . . fabulous work, we fans appreciate your labors and unparalleled dedication in keeping TK a vital part of our lives! - Pope JTE